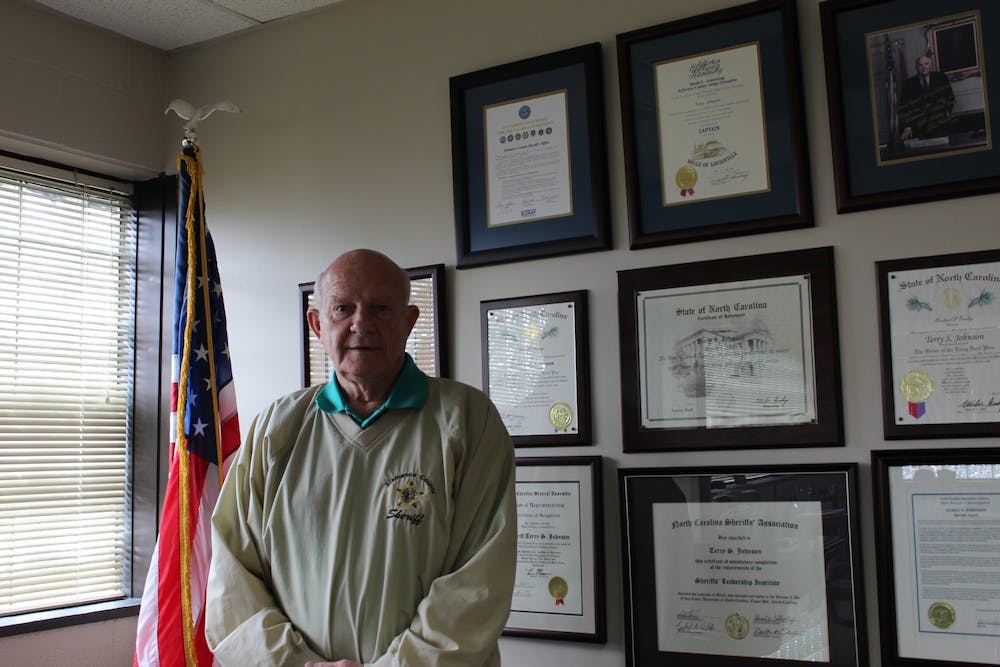 After 20 years of serving as the Alamance County’s sheriff, Terry Johnson is running for reelection in the county’s first contested sheriff race in 12 years.

Johnson has 50 years of experience in law enforcement, but his first term for the Alamance County sheriff began in 2002 when he said he wasn’t pleased with the level of training for law enforcers.

This year, his main goals are to make Alamance County safer and to improve diversity.

Johnson gained national attention in 2020 during the Graham protests surrounding the 30 foot tall monument of a Confederate soldier located in front of Graham’s courthouse. People were protesting for the removal of the confederate monument, following national protests after the death of George Floyd. Making national news at the time, Johnson said he didn’t think his office’s response of pepper-spraying and arresting protesters was wrong.

Despite the negative media attention Johnson said he received, what matters to him more are the opinions of people who work with him and know him. Johnson also said those who know him understand that he values diversity within his office and is working to improve diversity of  gender, race and educational background in the Sheriff's Department.

If he is reelected, Johnson said he plans on increasing mental health resources for the county. Mental health became a personal story for him, in which the first call he received as a deputy in 1972 —  Johnson watched a man, who had been in and out of a psychiatric hospital, commit suicide in front of him.

Today, Johnson said he is now an advocate for better mental health resources because of this experience. Johnson plans on creating a mental health diversion center, so people who are continually arrested for low-level crimes have another option. The goal of the mental health center is to get people back on track, rather than focus on punishment. He said he plans on having this open in one year. Johnson said that while these are his goals for reelection, his main priority is to serve everyone across party lines.

“I'm a Republican, but when I win sheriff, I'm everybody’s sheriff,” Johnson said. “Politics should not come involved.”