All three demonstrators were released, with court dates to follow 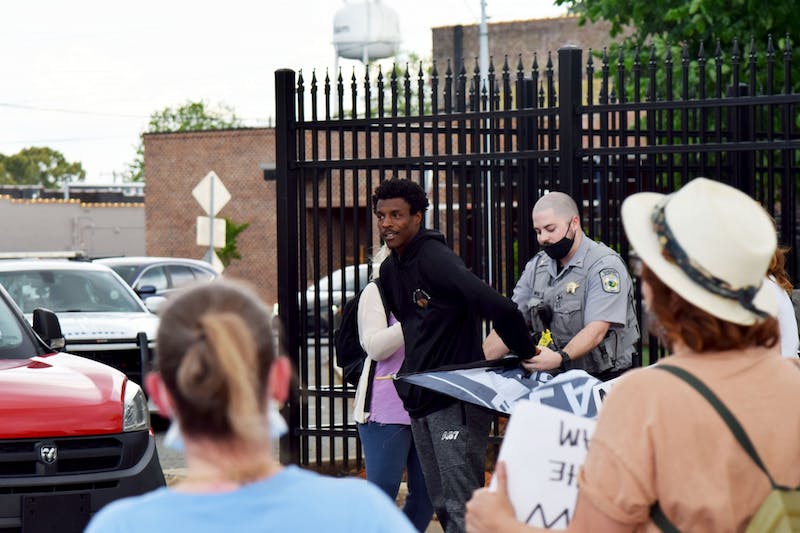 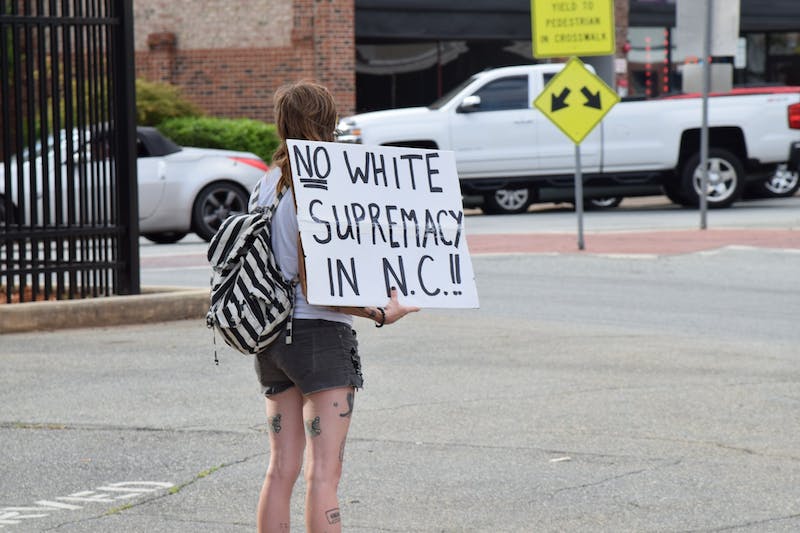 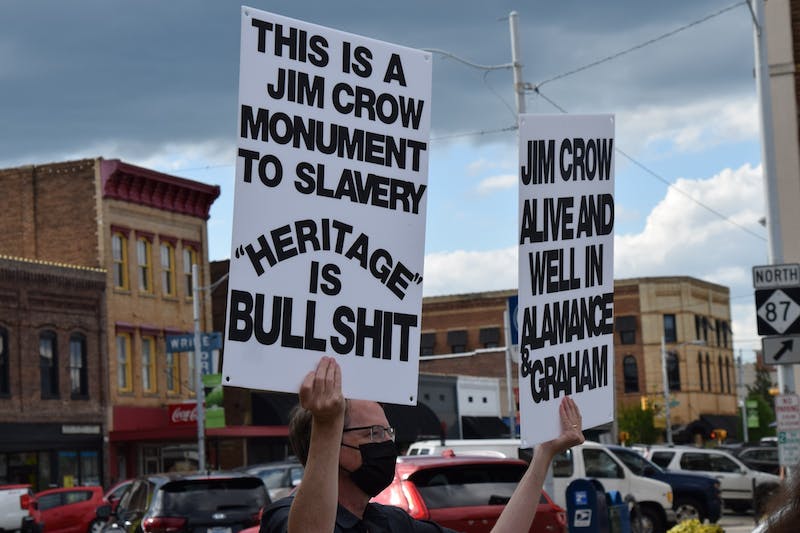 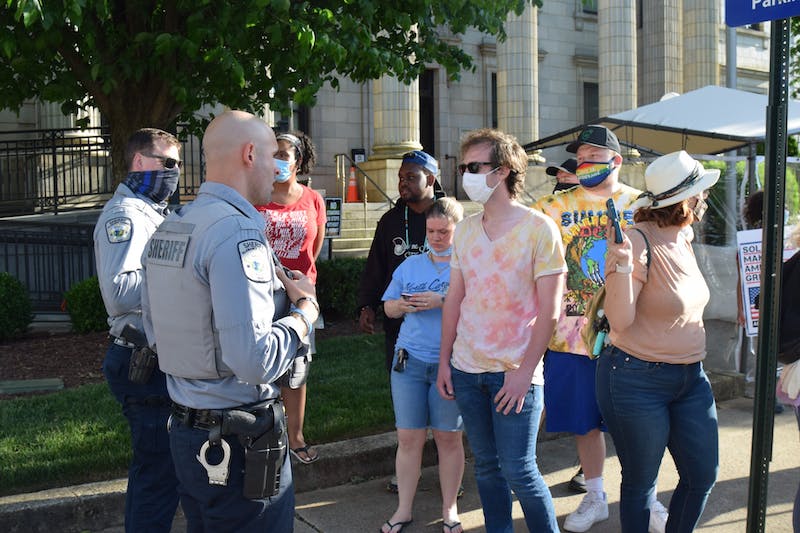 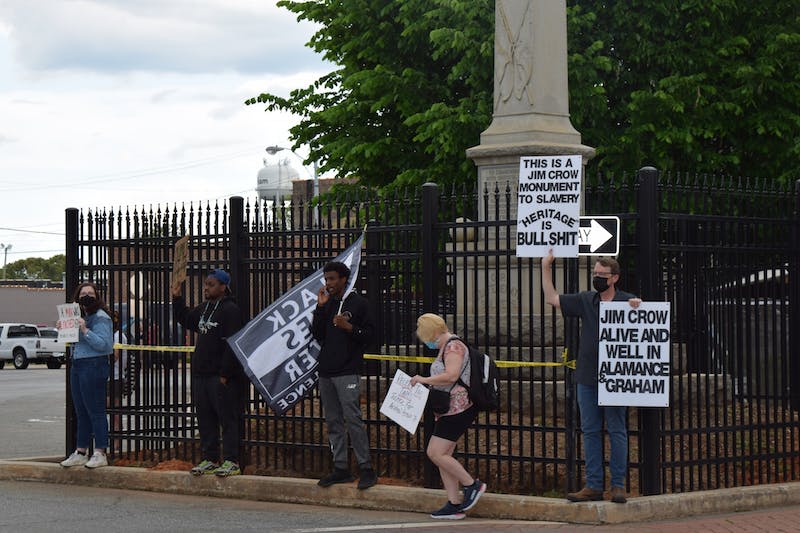 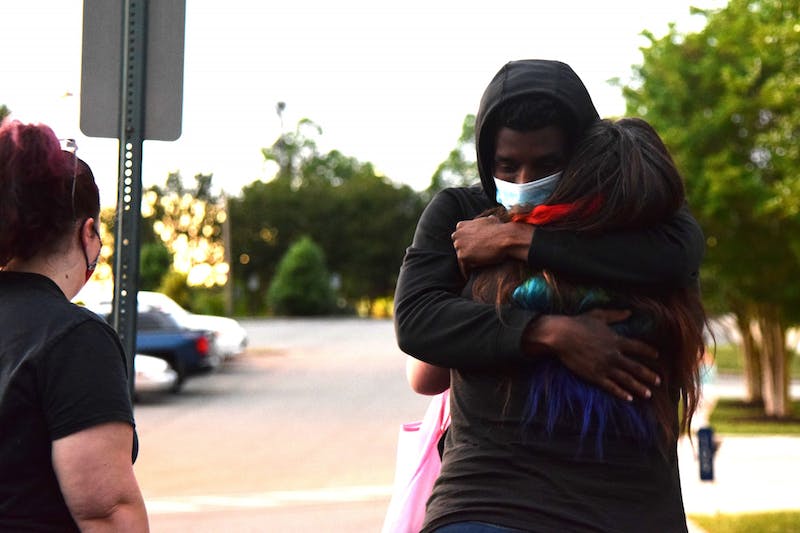 Nearly 30 demonstrators from the Occupy Graham group gathered on Wednesday, May 5 for the group’s semi weekly protest, and three demonstrators were arrested.

Occupy Graham demonstrates twice a week in front of the Alamance County courthouse, in Sesquicentennial Park and around downtown Graham. The group has been demonstrating since Jan. 6, and plans to continue to do so.

Avery Harvey, one of the three protesters arrested this evening and the founder of People for Change in Alamance County, demonstrates with Occupy Graham nearly every week. Despite “numerous arrests in the area of the historic courthouse” according to a police report, Harvey said he will keep protesting.

“If we stop coming out here, we give them what they want,” Harvey said. “We’re feeding into their narrative, but we’ve got to keep fighting.”

Harvey and the two other demonstrators arrested all have court dates in the coming weeks.

The Graham Police Department did not respond to Elon News Network’s immediate response for comment.

Isabella Seman contributed to the reporting of this story.