Pro-Confederacy demonstrators stood at the Alamance County Courthouse on May 20 for a Confederate memorial, with counter-protesters nearby 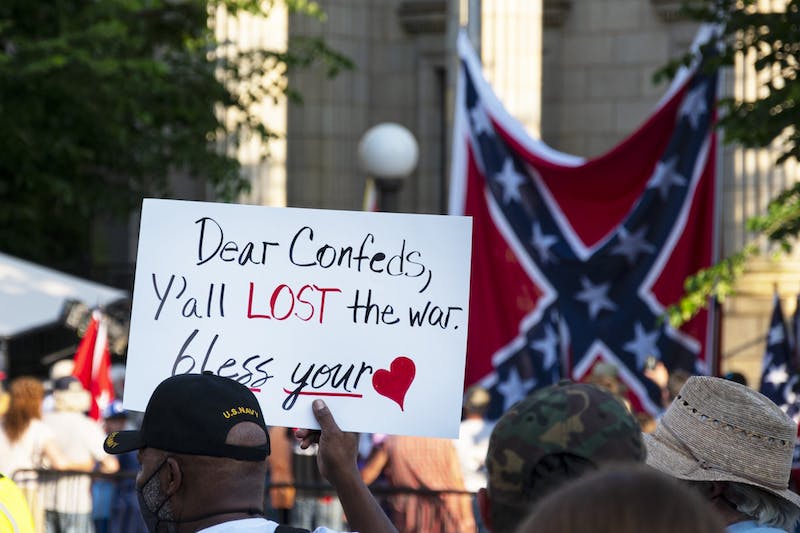 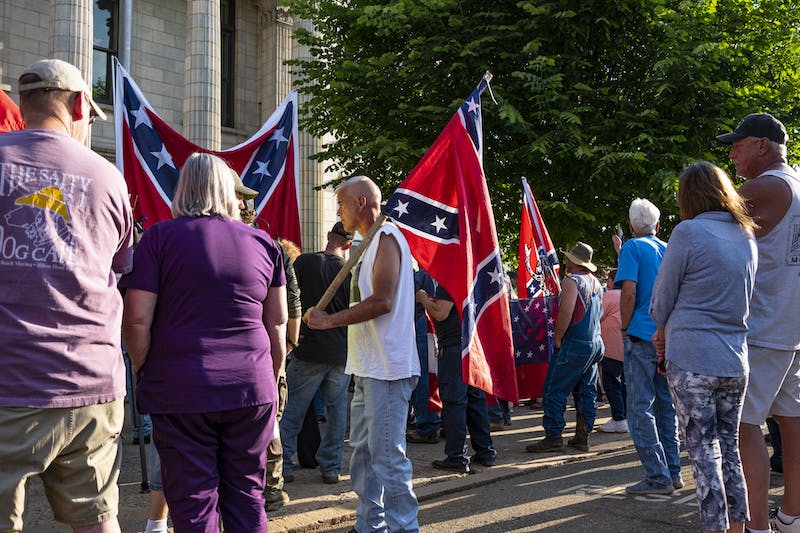 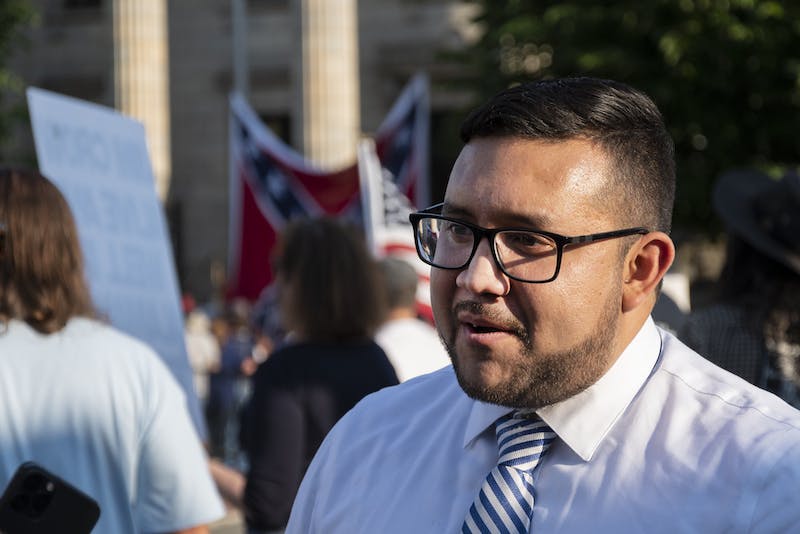 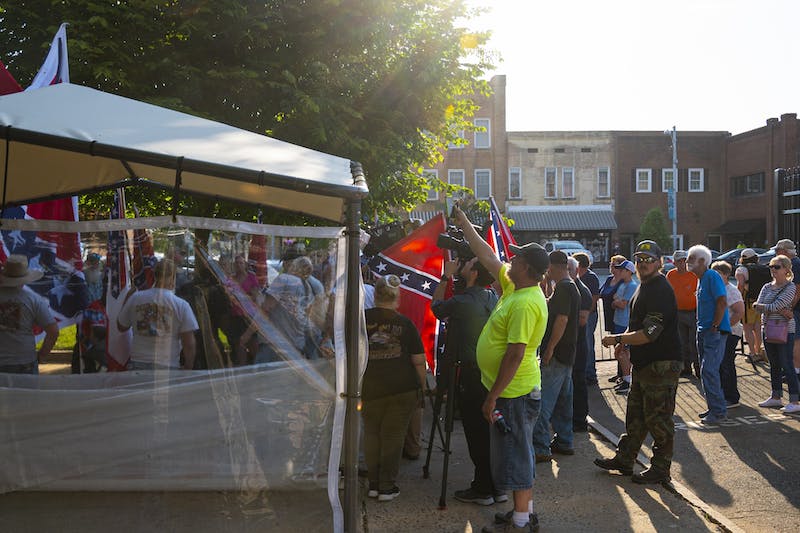 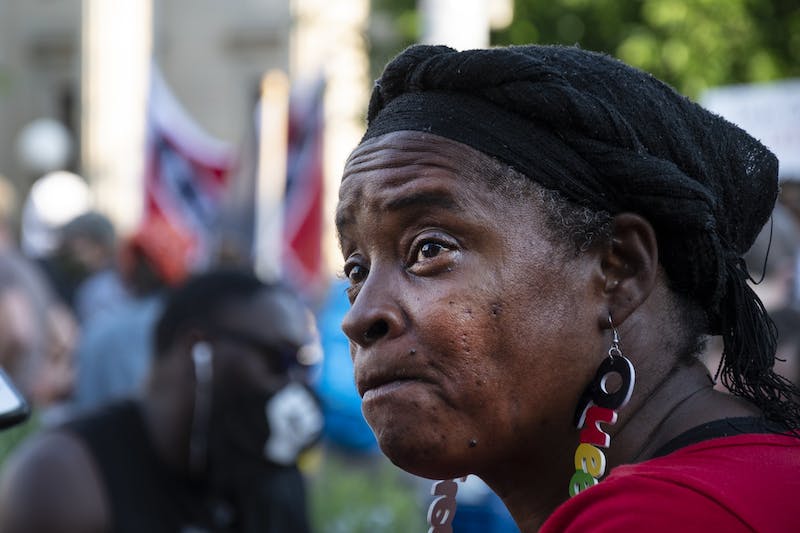 GRAHAM, NC — Exactly 160 years after North Carolina seceded from the Union, a group of pro-Confederacy demonstrators gathered in front of the Alamance County Courthouse waving Confederate flags and listening to a speech by activist H.K. Edgerton. Across the street, a group of counter-protesters waved signs and chanted in favor of the Black Lives Matter movement.

Pro-Confederacy demonstrators approached before the event declined Elon News Network's requests for comment, but the event's Facebook page described it as a celebration of North Carolina joining the Confederacy.

North Carolina state Rep. Ricky Hurtado, who also attended the event, said after speaking with people "sympathetic to the Confederacy" but not necessarily part of the official demonstration, he could understand the reasons people would commemorate North Carolina's secession, though he said they were misguided.

"I recognize people's sentiments, perhaps emotional sentiments, that they say that this is a part of their heritage," Hurtado said. "It just saddens me that that history is misleading."

Hurtado added that during his time in the state legislature, he voiced his disappointment in the recently passed House Bill 324, which restricts the way race is taught in public schools.

"This is a moment where our leaders need to step up and show some leadership," Hurtado said. "How do we bridge this conversation? Because the more we run away from it, and the more we politicize it, the more difficult to come to deal with situations like this, which for me, is dangerous."

"If it wasn't about race, then what was the war over?" Thompson asked. "Everyone knows it was about race, Black people built this country for free."

Counter-protester and regular demonstrator with Occupy Graham Janet Nesbitt said it is important for people who feel sympathetic to the Black Lives Matter cause to demonstrate in person. Nesbitt said the higher the turnout, the greater the effect. There were between 40 and 50 counter-protesters compared to between 30 and 40 pro-Confederate demonstrators,

"When they see us coming in numbers, then things may start to kind of change," Nesbitt said. "If you're sitting back in your house, it's like you're scared ... For me, I fear no man. The only one I fear is God, and I know that God is for what is right."