On Sep. 13 the lawsuit was dismissed after it was filed in the Alamance County 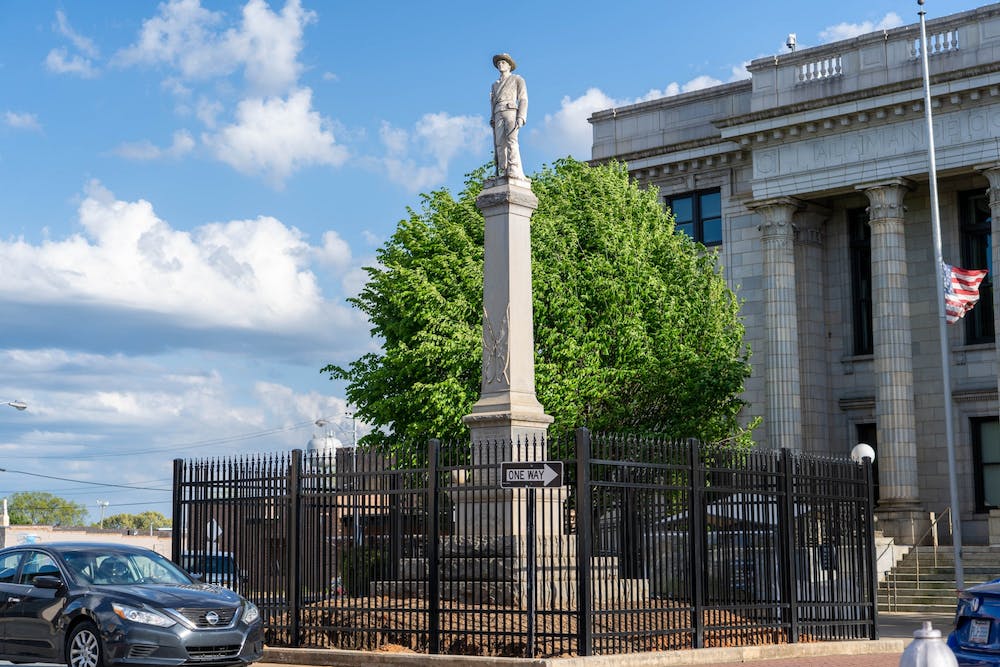 
In early April 2021, a $32,100 eight foot fence was built around the Confederate monument in Graham, North Carolina.

A superior court judge from the Alamance County Historic Courthouse dismissed a lawsuit Sept. 13 from the North Carolina NAACP requesting the removal of the Confederate monument in downtown Graham.

The lawsuit was filed by the state and local NAACP, along with other advocacy groups in Alamance County Superior Court in March 2021. A representative from the Alamance County Courthouse said the order itself is not available to the public currently.

According to previous coverage from Elon News Network, the county released a statement arguing that they do not own the land where the monument sits. According to a 2015 law regarding the protection of monuments, memorials and works of art the “removal, relocation or altering of historical monuments” on public property is prohibited unless it’s approved by the North Carolina Historical Commission.

Barrett Brown, president of Alamance County NAACP, said he is disappointed that the lawsuit was dismissed and that the organization wants a hearing. He said he believes the monument is offensive.

“The pain and hardship that it causes in the community, that they have to exist with this totem of white supremacy, that it does harm to individuals and that it deserves a hearing,” Brown said. “It does harm to people where it exists.”

He said it should belong in a museum, cemetery, or private residence, and not in such a public space.

“It’s a symbol of sedition and a symbol of white supremacy and it has no place in a place where we have to go to seek justice,” Brown said.

Jamie Paulen — an attorney, civil practitioner and former magistrate — actively represents protesters and demonstrators within Alamance County and has been following the NAACP’s lawsuit as well as other disputes around the Graham monument.

“I’m super disappointed,” Paulen said. “It feels like Alamance is just stuck in the past … It still feels like the rest of the world is progressing and Alamance County is literally stuck in the Jim Crow era.”

According to Paulen, she — along with many Graham residents — felt the movements and efforts presented in 2020 would result in the removal of the statue. While their efforts weren’t successful at the time, Paulen said the NAACP’s lawsuit brought some hope to those involved in the movement.

“I think there was at least a hope that if we couldn't get the local government to take action, that the courts would be willing to take action,” Paulen said.

There have been multiple civil rights protests regarding the statue. Elon University students and faculty, along with Graham residents, protested for the removal of the statue July 2020.

Johnson and Alamance county law enforcement have previously clashed regarding protests that have occurred around Graham’s confederate statute.

Avery Sloan and Kyra O’Connor contributed to the reporting of this story.