Anti-monument supporters, among which were Elon students and faculty, clashed with counterprotesters at Graham Court Square 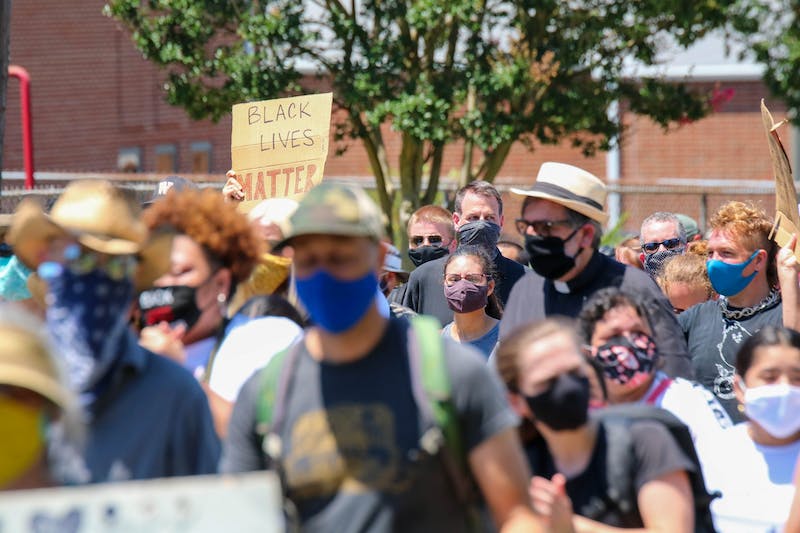 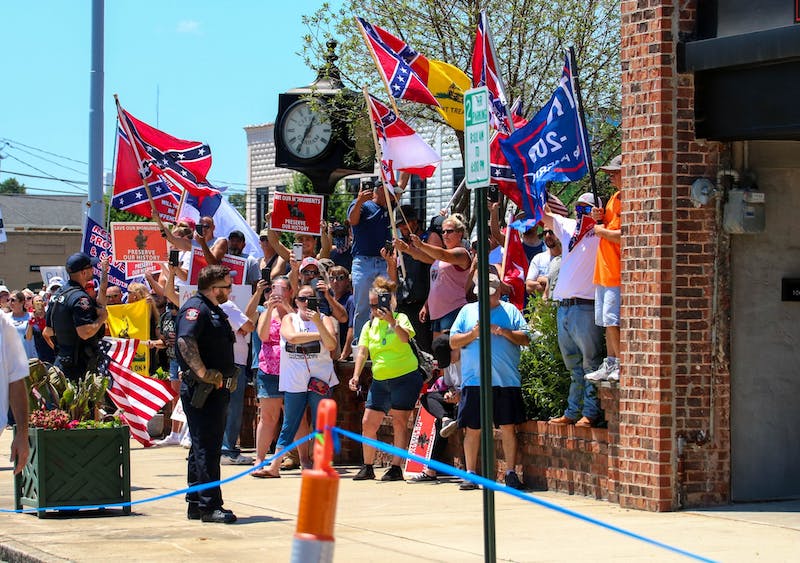 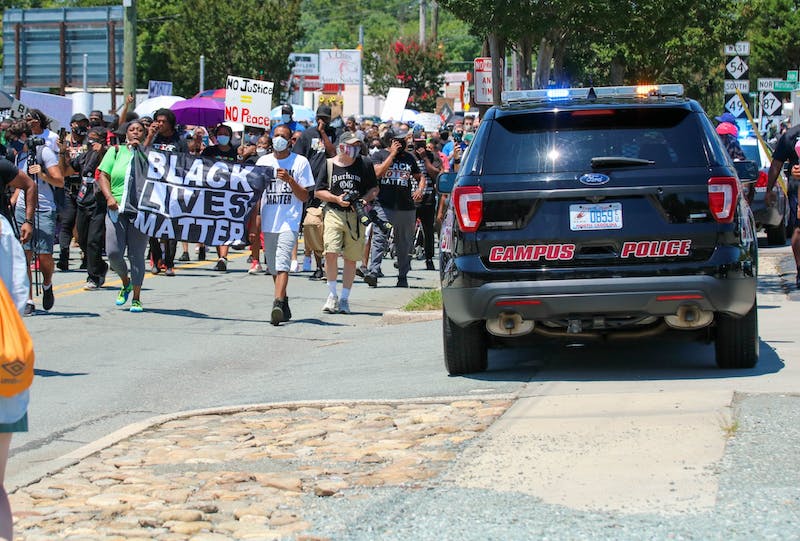 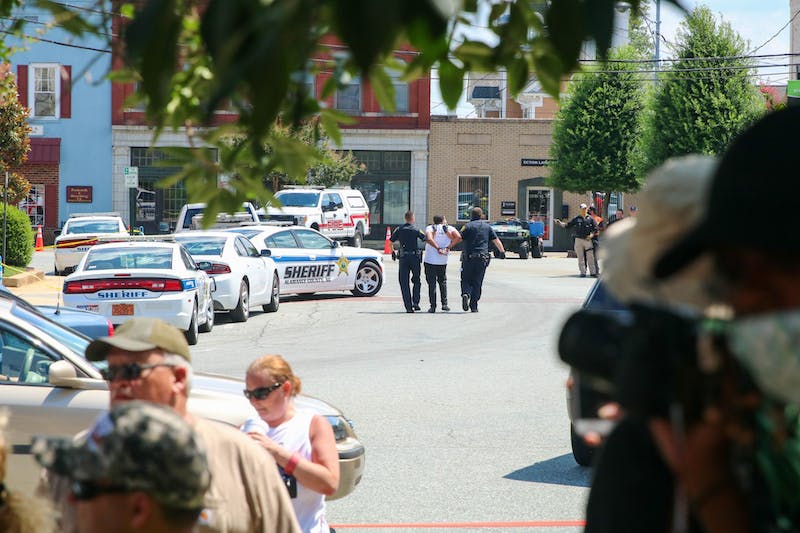 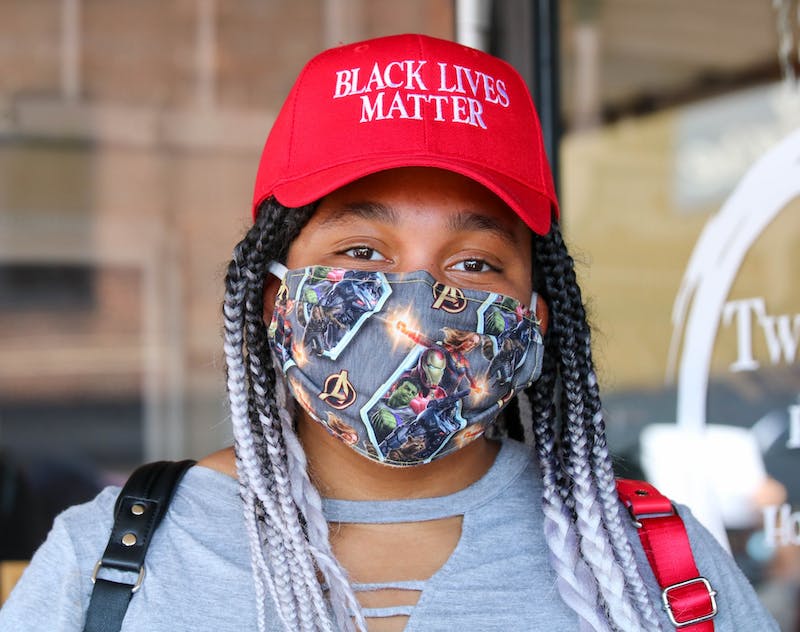 The Burlington-Alamance March for Justice and Community, an event hosted by the Alamance Alliance for Justice and was attended by students and faculty from Elon University.

The words “we ready, we ready for change” were sung by Rev. Greg Drumwright and a group of about 700 protesters. They marched approximately 1.5 miles to the Confederate statue located at Graham Court Square. Signs in the crowd read “Confederate monuments are racist” and “‘Matter’ is the minimum.”

Drumwright was the keynote speaker at the Burlington-Alamance March for Justice and Community, an event hosted by the Alamance Alliance for Justice, which was attended by students and faculty from Elon University. Marchers were protesting for the removal of the Confederate statue, for the resignation of Alamance County Sheriff Terry Johnson and in support of the Black Lives Matter movement.

“We believe in peaceful gathering and peaceful movements across this country to support Black Lives Matter,” Stein said.

Dooley said he was “walking for justice.” He declined to comment beyond these statements as he wanted to let other people involved with the march speak.

Elon University Police were also at the protest. They were there “to fulfill the expectations of the existing mutual aid agreement,” according to an email from Executive Vice President Steven House. House says the agreement is important for when the university needs additional law enforcement support.

The protesters were challenged by a counterprotesting group, some of which were associated with Alamance County Taking Back Alamance County — a neo-Confederate group previously designated as such by Southern Poverty Law Center  — who were already at the statue when they arrived. The counterprotesters could be seen holding signs that said “I love Terry Johnson” and “Save our monuments.”

Johnson, who was present at the event, declined to comment on protesters calling for his resignation.

ACTBAC made noise throughout the Burlington-Alamance March for Justice and Community’s speeches and songs.

The 400-pound cast iron bell — which sits across from Graham Court Square — was rung by ACTBAC throughout the speeches.

There was no violence but there was an incident near the bell in which one male Black Lives Matter protester was arrested by Gibsonville Police.

Boston, who was one of the organizers of the sit-ins in front of the Alamance County Sheriff's Office on July 9, said she herself got threatened with arrest after cops suspected she said “f—- the police” but overall she enjoyed the event. She loved seeing a familiar name on shirts in the crowd: Elon.

“I saw a lot of people wearing Elon shirts,” Boston said. “It was really amazing to see we are out here being active in the community when we are not necessarily active as a university.”