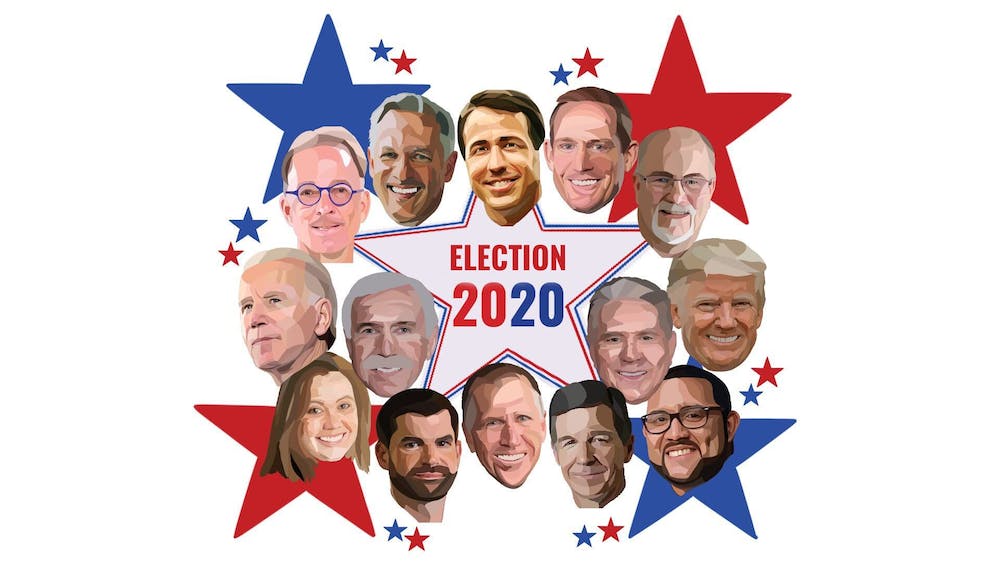 Alamance County Board of Commissioners

The Board of Commissioners is composed of five elected officials who serve as the governing body of Alamance County. Board members serve four-year terms, and elections for the board are held every even-numbered year. Bob Byrd, Dreama Caldwell, Kristen Powers, Bill Lashley Jr., John Paisley Jr. and Pamela Thompson are all facing off in the  for three open seats on the Alamance County Board of Commissioners.

With 20 of 20 precincts reporting Ricky Hurtado is projected to win.

UNC-Chapel Hill instructor and Democrat Ricky Hurtado is facing off against Republican incumbent Rep. Stephen Ross on Nov. 3 this election season for District 63 of the North Carolina state house. District 63 begins right next to Elon, including Graham, and stops at the border with Mebane.

With 19 of 19 precincts reporting Dennis Riddell is projected to win.

With 53 of 53 precincts reporting Amy Galey is projected to win.

Democrat Gov. Roy Cooper and Republican Lt. Gov. Dan Forest are facing off in the race for governor this November. North Carolina is one of 11 states holding an election for governor in 2020. Cooper is the incumbent running for reelection and has been governor since 2017 after defeating Republican Pat McCrory. Forest has been North Carolina’s lieutenant governor since 2013 and now has his sights set on the governor’s office.

Ted Budd is projected to win.

Two-term U.S. Rep. Ted Budd, a Republican, is being challenged by Democrat Scott Huffman, a Navy veteran and small business owner, to represent North Carolina’s 13th District in the U.S. House of Representatives.

With 35 of the 100 U.S. Senate seats up for election in 2020, Democrats are looking to unseat incumbent North Carolina Sen. Thom Tillis with their candidate Cal Cunningham. Tillis, 60, is seeking his second term in office after defeating then Democrat incumbent Kay Hagan in the 2014 elections. Cunningham, 47, is a former state senator and retired military officer.