Cooper was elected in 2016 after winning 49% of the vote. Forest has served as lieutenant governor since 2013 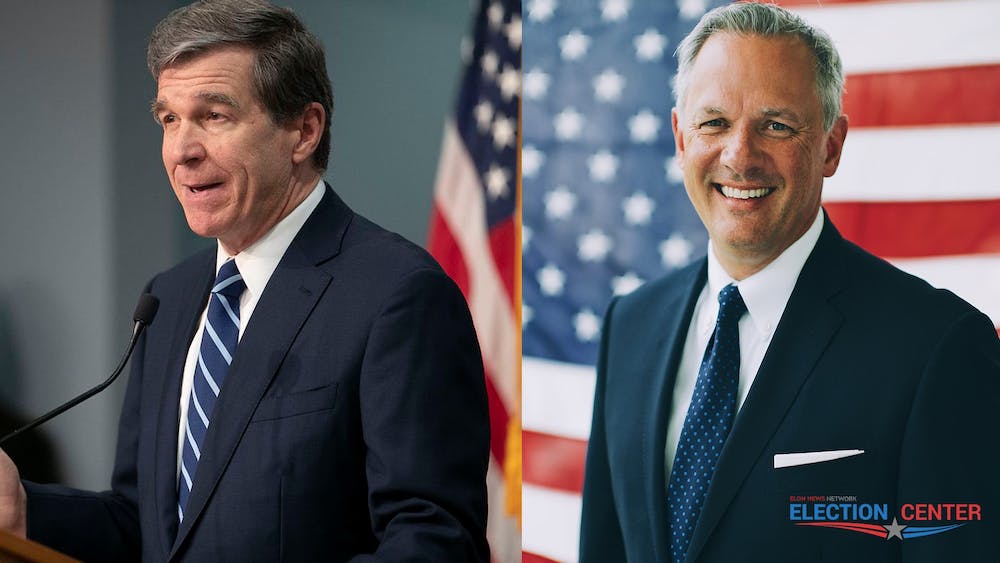 As the national spotlight focuses on the 2020 presidential race, the 2020 North Carolina gubernatorial race is quickly approaching as well.

Democrat Gov. Roy Cooper and Republican Lt. Gov. Dan Forest are facing off in the race for governor this November. North Carolina is one of 11 states holding an election for governor in 2020.

Neither candidate responded to Elon News Network’s multiple requests for comment on the campaigns issues or an interview.

Roy Cooper is the incumbent running for reelection and has been governor since 2017 after defeating Republican Pat McCrory. He was the state’s attorney general for 16 years and has also served in both the North Carolina House and Senate.

According to his campaign website, Cooper is running for reelection because he wants North Carolina to be a place “where people are better educated, healthier, have more money in their pockets and have the opportunity to live lives of purpose and abundance.”

Additionally, Cooper’s website says that he has worked across party lines to combat North Carolina’s opioid crisis and launched the state’s first Opioid Action Plan in 2017. According to his campaign website, prescriptions for opioids have since fallen 24%, while emergency room visits for opioid misuse have decreased by 10% and opioid-related deaths by 5%.

Republican Lieutenant Governor Dan Forest will challenge the incumbent Cooper at the polls.

Forest has been North Carolina’s lieutenant governor since 2013 and now has his sights set on the governor’s office. He currently serves on the State Board of Education and State Economic Development Board.

According to his campaign website, Forest worked as an architect and businessman for two decades and later would become an office president and senior partner at North Carolina’s largest architecture firm.