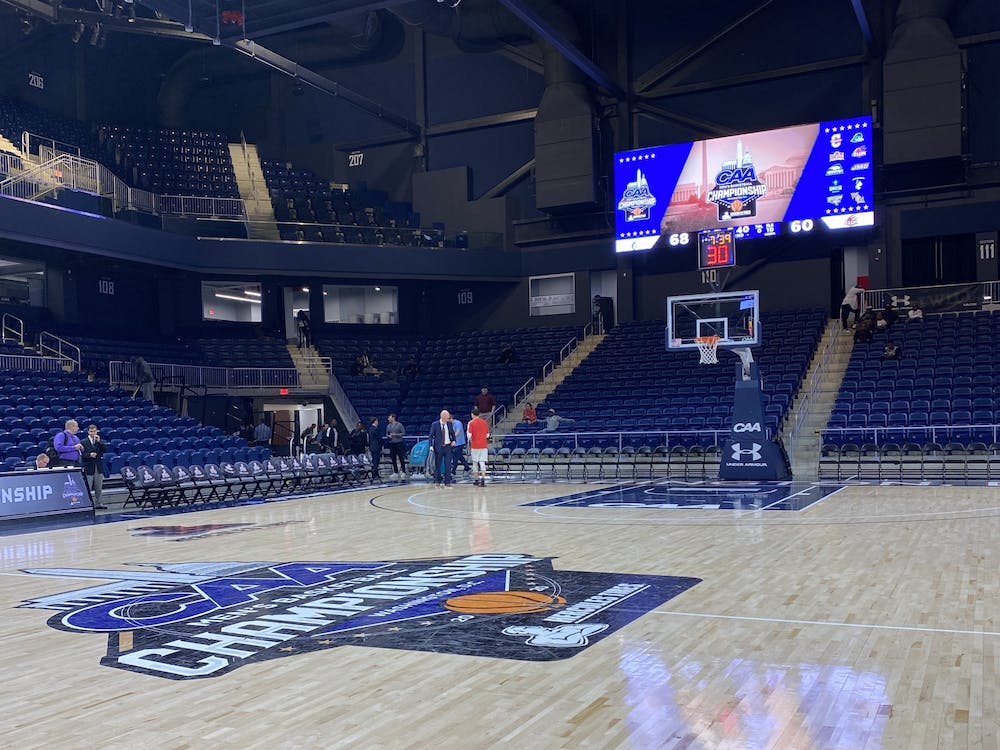 A game official at the 2020 men's basketball tournament tests positive for the coronavirus, CAA announces.

Updated on Sunday, March 15 at 3:30 p.m. to include an official statement from Elon University.

A game official working for the 2020 Colonial Athletic Association men’s basketball championship has tested positive for the coronavirus, according to a release from the CAA.

The official was working during the first-round game between the University of North Carolina Wilmington and Drexel University, according to ESPN. Elon University's men's basketball team did not play the winner of that game, Drexel, or any of the teams that played the Dragons.

The Elon Phoenix was at the tournament for three of its four days. The Phoenix played James Madison University, The College of William & Mary and Northeastern University.

“The official did not exhibit symptoms of the virus until 72 hours after the game he worked,” the release stated.

Rob Washburn, associate commissioner of communications for the CAA, declined to release the name of the official or confirm the game the official worked. Washburn said there were no plans to release that information in the future. According to the CAA's box scores, there were approximately 26 officials that worked the tournament games. In general, each official only worked one game.

Washburn confirmed that Commissioner Joe D'Antonio "directly contacted" all of the schools at the tournament at some point on Thursday, March 12.

According to Owen Covington, director of Elon's News Bureau, the school notified the "head athletic trainer and team physician who are in contact with the Elon team members and travel party to determine if any of them are exhibiting symptoms. We will continue to monitor their health. The team physician does not recommend any further action at this time."

Out of precaution, the CAA suspended the women’s tournament, which was suppose to be held at Elon University from March 11-14.