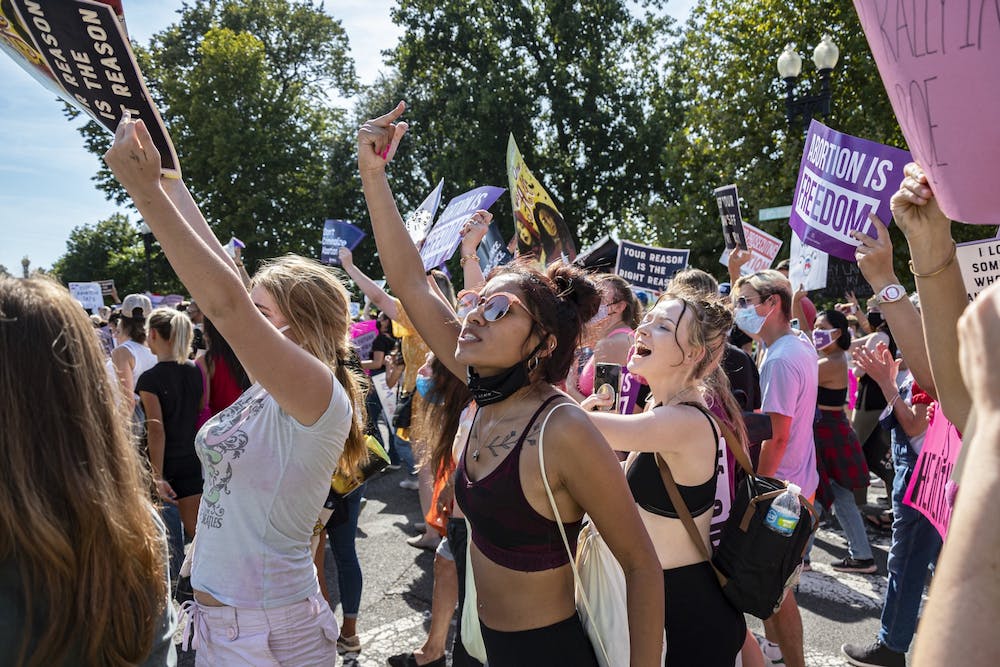 
Abortion-rights activists yell at anti-abortion counter protesters at the Supreme Court during the Women's March in Washington, D.C., on Oct. 2, 2021.

A North Carolina federal judge has ruled that abortions in the state are now illegal after 20 weeks of pregnancy.

“Neither this court, nor the public, nor counsel, nor providers have the right to ignore the rule of law as determined by the Supreme Court,” wrote Osteen, who was appointed to the court by former Republican President George W. Bush in 2007.

His decision goes against recommendations from all parties involved in the 2019 case. This includes doctors, district attorneys and the attorney general’s office who filed briefs earlier this week requesting that Osteen let the injunction stand.

North Carolina District 63 Representative Ricky Hurtado told Elon News Network the North Carolina Republican Party has made it very clear that if it were up to them, they would ban abortion across the state.

“This is their attempt to continue to dictate what women and families can do with their bodies and make decisions around when and how they raised their family,” Hurtado said. “This is just a first step in what would be what we're seeing across the nation. Extremist policies by extremist lawmakers around a right that have been protected for over 50 years.”

Hurtado, a Democrat, said this does not change his campaign, as he has always supported abortion rights.

“I've made it very clear that I will continue to protect that fundamental right that families have to make this decision,” Hurtado said. “Ultimately, the government needs to stay out of making decisions about people's bodies. And I think that overall, that decision is up to a woman, her family and their doctor and their faith.”

North Carolina was one of few states in the South where reproductive freedoms were securely in place and served as a refuge for states like South Carolina, Georgia and Tennessee, which restrict abortion access after six weeks.

Gov. Roy Cooper signed an executive order on July 6 protecting out-of-state abortion patients from extradition and prohibiting state agencies under his control from aiding other states’ prosecutions of those who travel for the procedure.

Cooper released a statement disagreeing with Osteen’s ruling and said he will remain committed to protecting abortion in the state.

“The significant problem with this ruling is that it will criminalize important health care that’s needed in certain extraordinary circumstances,” Cooper said. “Abortion past 20 weeks in pregnancy is exceptionally rare and happens because of a devastating health emergency or diagnosis. Denying women necessary medical care in extreme and threatening situations, even if rare, is fundamentally wrong.”

According to the Centers for Disease Control and Prevention, fewer than 1% of abortions are performed after the 20-week mark. Before Wednesday’s ruling, abortions were legal in North Carolina up until fetal viability, which is around 24 to 28 weeks, or in certain medical emergencies.

The issue of abortion puts a new focus on state-level politics. North Carolina Republicans are looking to claim five seats in the state legislature that would give them a supermajority to restrict abortion laws even further.