The majority opinion denies a constitutional right to an abortion 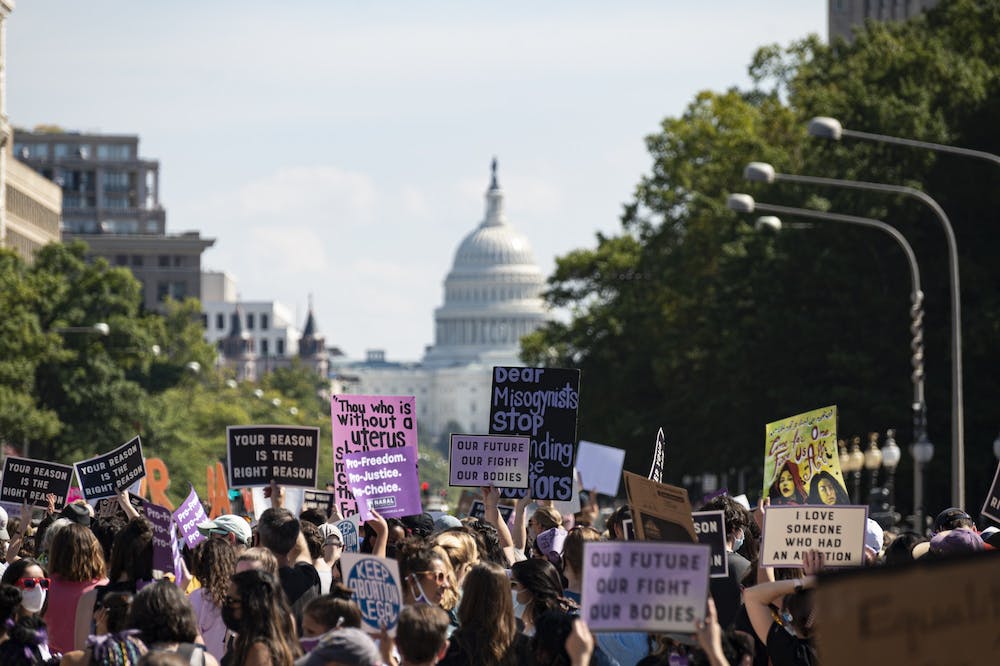 
Pro-choice protesters gather in Freedom Plaza before marching to the Supreme Court in Washington D.C. on October 2, 2021 during the Women's March for abortion freedom.

Correction: Roe v. Wade was overturned by a vote of 5-4, and Dobbs v. Jackson was held by a vote of 6-3. A previous version of this article misstated that they had the same support. Elon News Network regrets this error.

The Supreme Court overturned Roe v. Wade in a 5-4 vote Friday morning, eliminating a constitutional right to an abortion. This sees through the draft opinion obtained by Politico in early May.

The Dobbs v. Jackson opinion upholds a Mississippi law with a 6-3 vote banning abortions after 15 weeks.

“The Constitution does not confer a right to abortion; Roe and Casey are overruled; and the authority to regulate abortion is returned to the people and their elected representatives,” Justice Samuel Alito wrote in the majority opinion.

President Joe Biden addressed the nation at 12:30 p.m. to express his disappointment with the decision. Biden said the court has made a tragic error in taking away a Constitutional right fundamental to many Americans, setting back progress for the nation.

"In fact the court laid out state laws criminalizing abortion that go back to the 1800s as rationale," Biden said. "The court literally taking America back 150 years. It's a sad day for the country in my view."

—
This is a developing story.