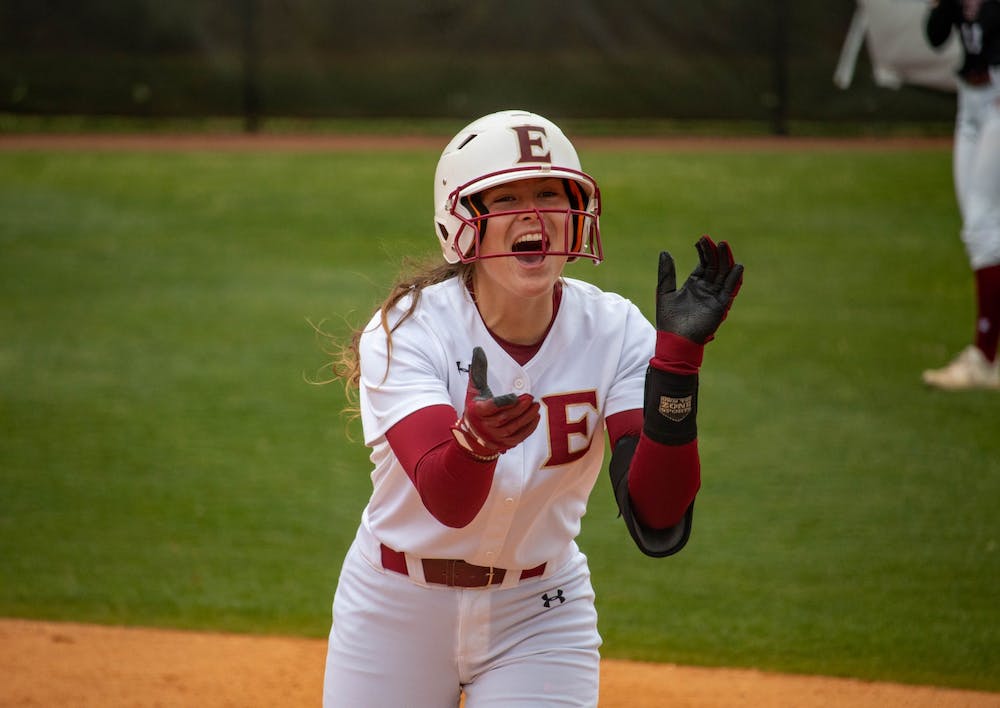 
An Elon University softball player celebrates during the game against the College of Charleston at Hunt Field on April 9.

WILMINGTON – With a 3-1 victory in its series opener against the University of North Carolina Wilmington Seahawks, the Elon University softball team clinched a spot in May’s Colonial Athletic Association Tournament.

Junior catcher Carley Davis gave Elon a 1-0 lead in the top of the first inning with a sacrifice fly that scored junior right fielder Drew Menscer. Elon’s first three batters of the game all reached base on walks.

After three scoreless innings between the teams, Elon added to its lead in the top of the fifth when senior center fielder Rebecca Murray doubled to left field to score senior Allie Eith and freshman third baseman Allee Seering. Murray is second on the team with 23 RBIs this season.

Freshman pitcher Taylor Cherry started for Elon and threw six scoreless innings to begin the game. Wilmington scored its first and only run of the game in the bottom of the seventh inning on a sacrifice fly, but Cherry recorded a groundout to end the game and secured the win for Elon. Cherry’s five wins are the second most for the team this season.

Elon joins the University of Delaware, Hofstra University and Wilmington as teams that clinched spots in the CAA Tournament. College of Charleston is currently in position to clinch the fifth and final spot. Elon will host the event at Hunt Softball Park from May 12-14.

Elon and Wilmington will play a doubleheader on Sunday, with the first game scheduled to begin at 12 p.m.