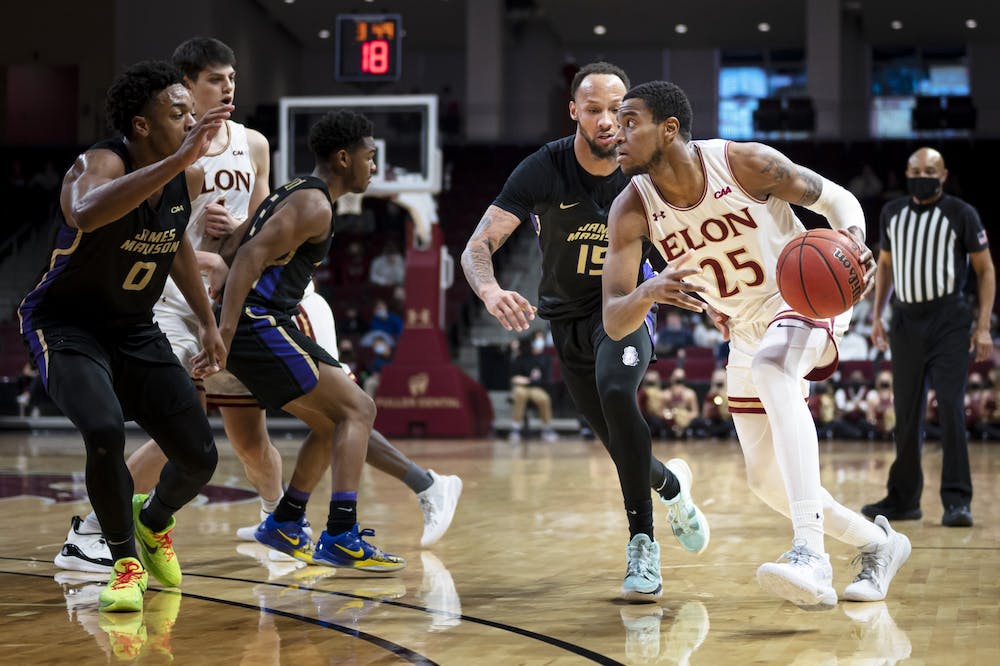 Coming off one of its best shooting performances of the season in its previous game against James Madison University on Jan. 17, Elon struggled offensively throughout, shooting just 33% on field goals compared to Drexel’s 53%.

Although the Phoenix took an early 12-9 lead in the opening minutes, the Dragons quickly took control of the game, opening up a 15-point lead late in the first half and taking a 37-27 lead at halftime.

Elon’s shooting woes continued in the second half, as the team shot just 6-24 from the field en route to being outscored 40-22 in the final 20 minutes.

Turnovers also proved costly for the Phoenix, as the team coughed up the ball 19 times and allowed 31 points off those giveaways.

Sophomore forward Michael Graham and junior guard Hunter Woods combined for 30 of Elon’s 49 points. Only five other Elon players scored, and of those, only junior guard Hunter McIntosh had more than four points, scoring eight while shooting just 3-14 from the field.

Now 2-4 in CAA games, Elon sits in eighth in the conference standings. The team continues its road trip with a game against the University of Delaware on Saturday. The game is scheduled to begin at 1 p.m.