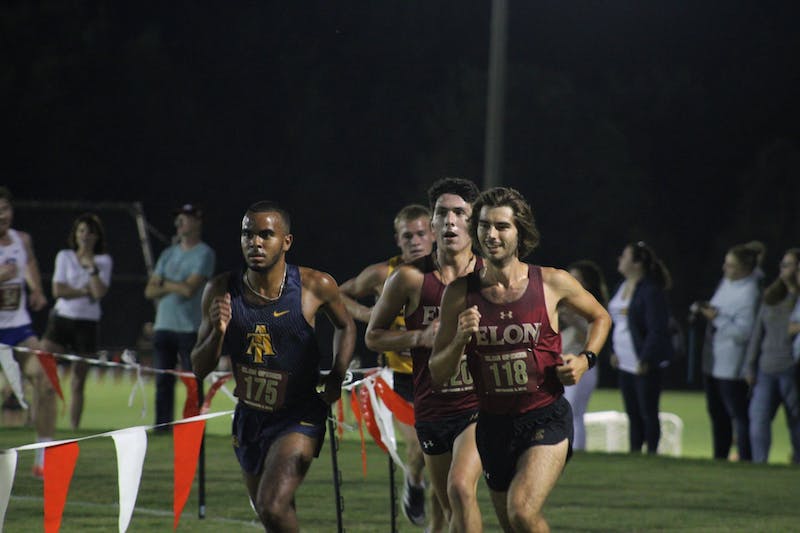 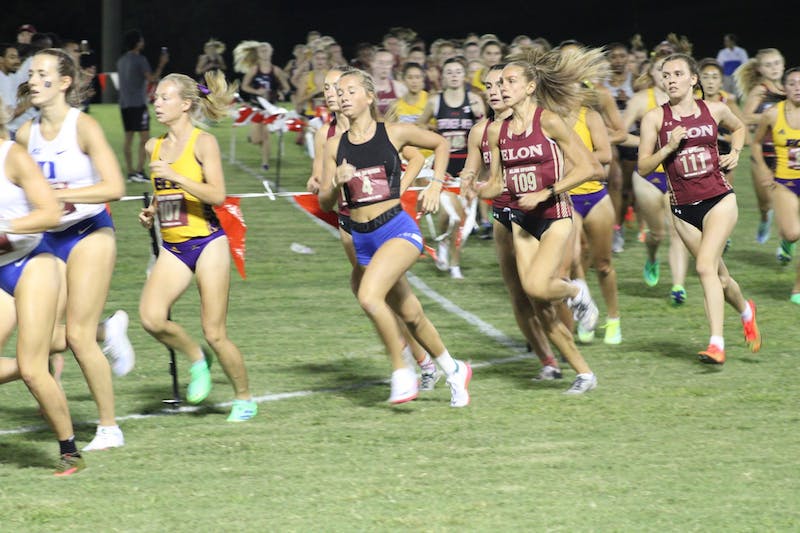 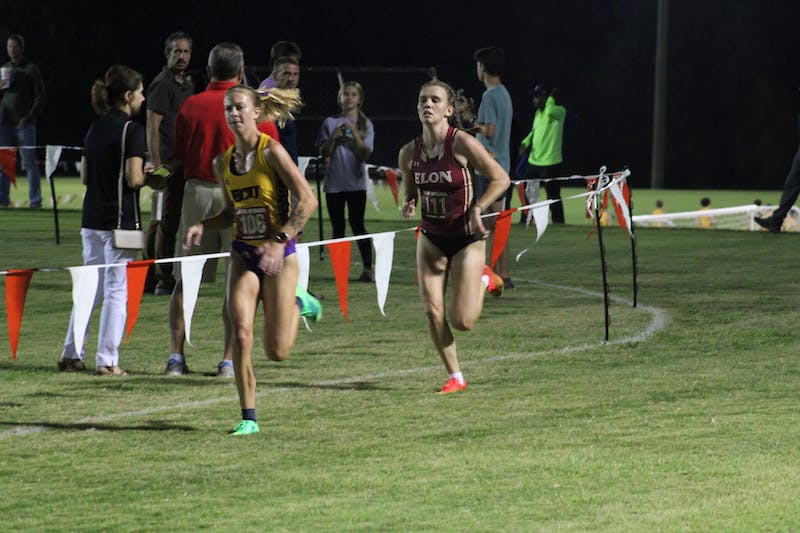 For junior cross country runner Maria Ahm, standing on the start line prior to a race is both the most exciting and nerve wracking part of every competition.

With Elon University set to compete in the Colonial Athletic Conference Championship meet on Saturday, Oct. 30, Ahm said she is most looking forward to the few minutes standing on the start line prior to the women’s 6k championship race.

“The minutes before the race is going to start, it’s just a weird feeling you always have in your body,” Ahm said. “You know what you’re going to do, but you still have so much adrenaline in your body, like a lot of nerves. But, I think that’s what I’m most excited about, because at that point, there’s just no way back. You’ve just got to run and focus on just running.”

Both of Elon University’s cross country teams hope to channel their energy and nerves into strong results. With the women’s team chasing history and the men’s team looking to take another step forward toward the top of the conference, Head Coach Kevin Jermyn said this is an important meet for the program.

“This is where our biggest rivals are and we’re team focused,” Jermyn said. “This is a very big deal to us. I want them focusing on this race, not worrying about the races to come after this.”

Scouting the course and conditions

Northeastern University will host the meet, which will take place in Boston at the Franklin Park cross country course. The men’s team will compete in an 8k race and the women’s team in a 6k race.

Forecasts in Boston predict chilly temperatures and a strong chance of rain for Saturday morning, when both races will take place. However, Jermyn said these conditions should prove much better for running compared to many of their previous meets in hot and humid locations.

“The nature of our sport is that no matter the elements or conditions, we try to cross the line as fast as we possibly can,” Jermyn said. “It’s the nature of the beast that we compete in a lot of variety, but that’s the beauty of it. All terrain, all weather, all circumstances, you go out there and just battle.”

The teams will preview the course on Friday to prepare for Saturday’s meet. Jermyn said learning the course will help the team prepare for the potential wet conditions.

“We need to learn the layout, but we’re also going to get a glimpse of what the conditions are going to be like,” Jermyn said. “It could be a bit different in terms of more mud, slippery spots and tougher spots.”

Sophomore runner Zane Jackson said preparing mentally for such conditions is important, as the track can begin to wear down in muddy conditions.

“If you’re not ready for it, you could just mentally start slowing down,” Jackson said.

Elon’s women’s team has won the last two CAA team championships and is looking to become the first Elon team to win three consecutive conference titles since the school joined the league in 2014.

“Winning conference three times in a row would be incredible,” Ahm said. “It would definitely prove that we are on the right track and that we do have way more potential.”

The team placed in the top two in its first three events of the season, which included a win at the Firetower Project meet in Boone on Sept. 17.

Though Elon has claimed the last two CAA championships, James Madison University and William & Mary won every league title from 1990-2018. Jermyn said he hopes the women’s team can continue to challenge those two schools, which have dominated the CAA for most of the last three decades.

“We’re trying to stay in the mix for titles,” Jermyn said. “We have beautiful rivals and we’re trying to compete against the traditional powers of the conference.”

As well as trying to help the team win its third straight title, Ahm will look to defend her CAA individual championship in the 6k race from a year ago. Ahm won last season’s event with a time of 19:37, over 12 seconds ahead of second place.

Ahm, who earned her third career individual win earlier this season at the Firetower Project meet, said staying patient throughout the race will prove crucial.

“I definitely need to try just to be calm, see how the race develops and then trust my instincts while I’m out there.”

Rising up the ranks

After a solid regular season, Elon University’s men’s team is hoping to move up the ranks in the CAA hierarchy.

Northeastern and William & Mary have placed first and second in every CAA Championship meet since 2013. Sophomore runner Zane Jackson said the goal for Elon’s men’s team this season is to place higher than at least one of those two schools.

“Winning this year is going to be pretty difficult, both Northeastern and William & Mary have good teams, like they always do,” Jackson said. “We want to start closing the gap to them and at least challenging them, make them start getting a little scared. We can definitely finish in the top three, but we want to break into the top two.”

The men’s team has improved its results in each of its three meets this season. After finishing fifth in the Elon Opener, the team placed third in the Firetower Project meet and second in the Chanticleer Challenge meet.

The CAA Championship meet is not the end of the season for Elon’s cross country team. The team will compete in the NCAA Southeast Regionals meet in Lexington, Kentucky on Nov. 12.

There are nine NCAA regional competitions each year, with the top two finishers in each event earning an automatic bid for the season ending NCAA Championship meet. Additionally, 13 teams are picked as at-large selections to create a field of 31 schools.

Ahm said a good performance for the teams in the CAA Championship meet would give them confidence as they prepare for the Southeast Regional event and potentially beyond.

“If we have a good conference meet, it will be super beneficial for us going into regionals,” Ahm said. “Conference can be the first step and we can take it from there.”