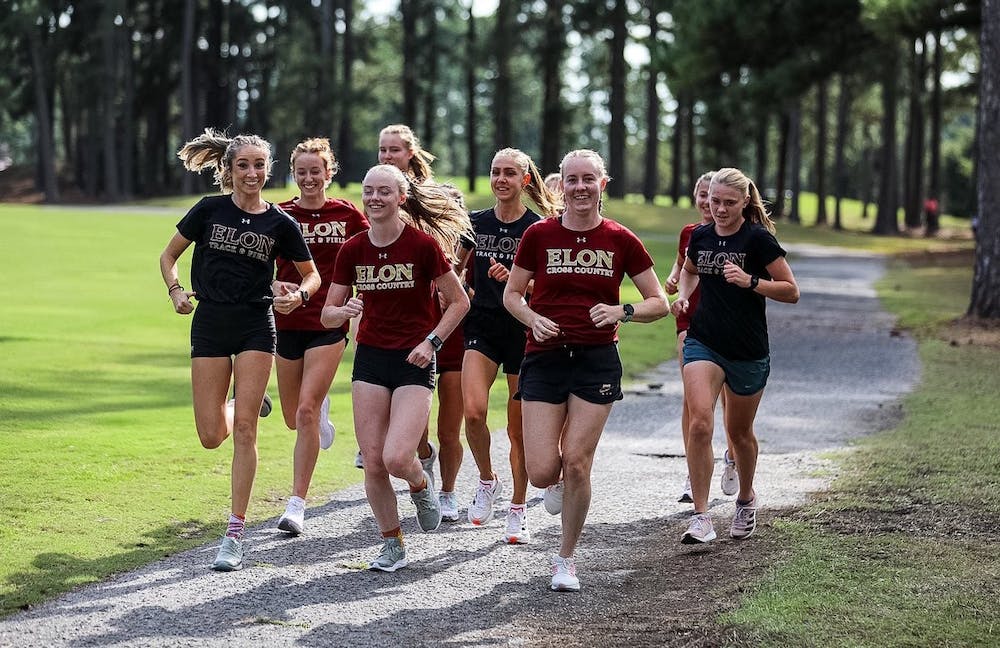 Elon's women's cross country team warms up prior to competing at the Chanticleer Challenge in Conway, South Carolina. Courtesy of Elon Athletics.

Junior Maria Ahm led the way for Elon’s women’s team by finishing second in the women’s 5k race with a time of 17:45. Ahm has finished in the top five in all three of the team’s meets this season.

Junior Maggie Springer came in fifth place with a time of 18:01. Senior Hannah Preeo, redshirt sophomore Leandra Lorenz and junior Hannah Miller rounded out the top five finishers for the Phoenix and contributed to the team’s total of 58 points.

Elon’s men’s team scored a season best of 67 points with three runners placing in the top 12 of the 8k run. Junior Aidan Tierney finished ninth with a time of 26:00 and sophomores Zane Jackson and Cameron Dunn came in 11th and 12th, respectively. Senior Andrew Miller and junior Tamer Metwali also scored points for the Phoenix.

Up next for Elon’s cross country teams is the NCAA Pre-Nationals meet in Tallahassee, Florida on Oct. 15. The meet will take place on the same course as the NCAA Cross Country Championships in November, providing teams with a preview of the venue for the season’s final meet.