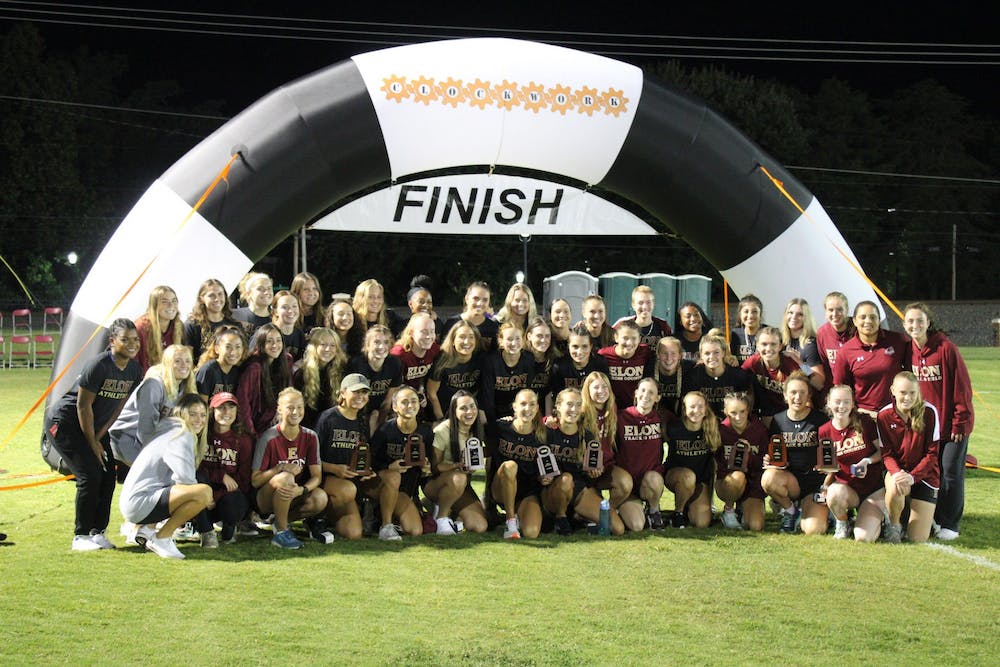 Junior Maria Ahm finished fourth overall in the women’s 4k event with a time of 13:48, behind three runners from Duke University. Junior Maggie Springer finished fifth, just behind Ahm in the women’s 4k, and freshman Jette Beermann finished eighth in her first-ever college-level meet. The Phoenix had five runners finish in the top 12.

Ahm said she was proud of how her team performed and was especially impressed with Springer’s run.

“I pulled Maggie with me today and she was honestly just a beast out there,” Ahm said. “As a team, I'm super proud. Honestly, I think we have a good chance this season and this was a great start.”

Due to COVID-19, Elon University was not able to host a cross-country meet last season. Assistant coach Alaric Gwynn said it was great to compete in front of family and friends again.

“I think everyone's smiling a little bit more, and then the parents being able to attend is a big bonus,” Gwynn said. “We're very grateful to Elon for keeping us safe and then allowing us to have the meet.”

At the end of the meet, the women’s team received their conference championship rings for last season. Gwynn said it was great for the freshman to see their teammates receive their awards.

“We have a goal to repeat our conference championships, so getting them to see the ring ceremony and know they want to be a part of one next year,” Gwynn said “It’s just built-in reinforcement.”

Ahm said it is important for the team to continue improving their confidence as their races get longer throughout the season.

“In general, we just need to keep improving our confidence and I think today was a good start for that,” Ahm said.

The Elon cross country team continues its season on Sept. 17 with a meet in Boone, N.C. hosted by Appalachian State University.