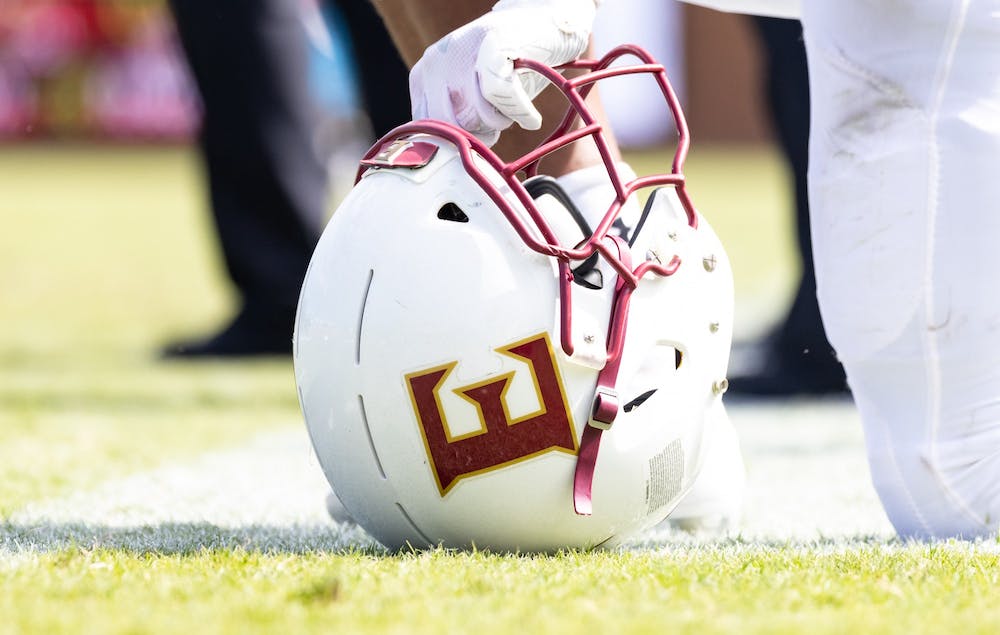 The Phoenix lost twice to the Spiders in the spring season, by a combined score of 69-31. Elon trails the overall series 3-7, but won the last game in Richmond in 2019.

“Richmond’s a good football team and it’s a team we’re familiar with,” Head Coach Tony Trisciani said. “We’ve got to do a really good job on both sides of the ball.”

This is Elon’s first game outside the state of North Carolina this season and first Colonial Athletic Association road game. Both the Phoenix and Spiders enter with 0-1 records in CAA play.

Three of Elon’s four games this season have been decided by three points or less, including last week’s 34-31 defeat against William & Mary.

Although the Phoenix is just 1-3 this season, two of the team’s three losses are by a combined five points. Senior defensive lineman and team captain Tristen Cox said the team is not discouraged by coming up short in close games.

“We’re not happy with our record, we definitely feel like we’re better than a 1-3 team,” Cox said. “Obviously, we want to win the games when it comes down to the wire, but we can’t think too much on the negatives. There’s definitely some good things that we can build on.”

Missed opportunities have plagued the Phoenix early this season. Despite out gaining William & Mary by 81 yards of total offense, the team committed 10 penalties for 96 yards and converted on just four of seven red zone chances to come up just short against the Tribe.

For Trisciani, correcting small mistakes and lapses is key for the team to turn its season around.

“It’s the details, it’s doing the little things,” Trisciani said. “We’re pushing them right now to be perfect and be exact in our alignments and our technique and our eye discipline and all the little things, because the margin for error is so small in our league.”

Trisciani said the team responded well at practice this week and is confident it can execute better in late-game situations in the coming weeks.

“I know that we can close out these games,” Trisciani said. “We’re a hungry team right now and we’re frustrated. We just need to get better.”

Richmond enters the game with a 2-2 record and is ranked 21st in this week’s Football Championship Subdivision Coaches Poll, a weekly ranking of the top 25 FCS teams in the country by head coaches.

The Spiders lost 21-10 last week to the Virginia Tech Hokies of the Atlantic Coast Conference, but held the Hokies’ dynamic offense to just 318 yards.

Quarterback Beau English, a transfer from the United States Air Force Academy, will make his first start for the Spiders after starter Joe Mancuso suffered a broken right index finger against Virginia Tech. English completed 15 of 23 passes for 77 yards and ran 10 times for 36 yards against the Hokies after entering for Mancuso.

Trisciani said his defense must be ready to combat English’s dual-threat capabilities.

“He’s a guy that can throw the ball and he’s a threat to run it,” Trisciani said. “We know that he can run it and break some tackles.”

The Spiders have the third best scoring defense in the CAA, allowing just 18 points per game. Additionally, Richmond ranks fifth in the league in rushing offense, averaging almost 168 yards per game. Trisciani attributes this to their offensive and defensive fronts.

“They’re very good up front on both sides of the ball,” Trisciani said. “They’ve got a good offensive line and a very disruptive front six on defense.”

While Richmond poses a strong challenge for Elon, Cox said the team’s main focus is executing its own gameplan.

“Our games come down to what we do, not necessarily what our opponents do,” Cox said. “We’re just focusing on us and we’re where we need to be and doing what we need to be doing to get the outcome we want.”

Kickoff at Robins Stadium in Richmond is scheduled for 2 p.m.

Joie Deslauriers contributed to the reporting of this story