Elon parent faces backlash for conversation on race and the university

In response to an email sent out from Elon President Connie Book, a parent of a Black student took to Facebook to start dialogue about race at Elon 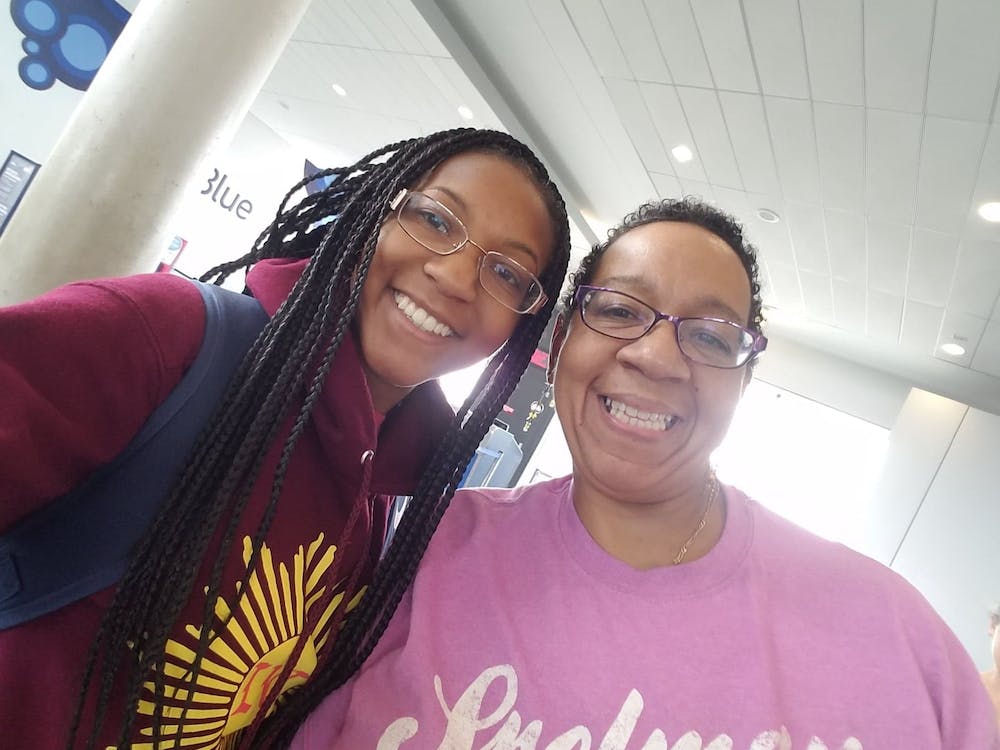 When junior A’Shaela Chaires decided to come to Elon University, she had to think about her grandmother’s experience growing up in a segregated town of Elon.

“It was an important move for me because I was exploring my roots … because it wasn't a place that my grandmother likes to talk about,” A’Shaela said. “It was a segregated time. She just remembered Elon being the school across the train tracks where the rich white kids went; you know, the train tracks you never cross.”

After seeing President Connie Book’s statement amid national protests about police brutality, A’Shaela’s mother, Velada Chaires, decided to start a conversation. In a parent-run Facebook group not affiliated with the university called Elon Parent to Parent Page, she posted about Elon’s past to look critically at race at Elon in the present. As of June 6, the Facebook page has been archived.

Velada was asking the Elon community to prove that the town and school had changed since her mother last lived there about 60 years ago.

“I chose to comment because I felt my family had a unique story that brought my child to the school,” she said. “I was hoping it would spark [a] connection to parents … little did I know there is still much work to be done.”

Both A’Shaela and Velada said they thought Book’s statement meant well but did not address the needs of the black community. A’Shaela said her mother’s post was asking about what is going to be done on campus to create a better environment for black students.

“Her plea was, ‘it was racist back then, it is still racist now, I need you to say something,’” she said. “Tell me what's happening on campus … to start the conversation about racism is not blind. It still happens in Elon and just for the school to acknowledge that.”

What started as a way to try to spark conversation amongst parents resulted in Velada’s post being deleted shortly after and her removed from the group. The post was marked as political, and political posts are against group rules. Another parent posted in support of Velada, but both the post and parent were removed as well. In an interview, Velada said discussions about race are necessary, and that opportunity was taken away by removing the posts.

“How are you going to have a conversation with [your kids] about what's going on in the world, if you don't want to gain any knowledge about it?” she said. “It was a perfect time for people to be able to ask those questions that they might not ever ask their kid.”

After Velada messaged the three group administrators asking for clarification as to why the post was deleted, only one of them, Eve Miller Lefkowitz, answered. Lefkowitz’s message said the post was correctly flagged as political, but Velada was removed from the group accidentally and could rejoin the group if she chose.

Lefkowitz and the other administrators did not respond to Elon News Network’s multiple requests for comment.

In a Facebook message obtained by Elon News Network, Lefkowitz told Velada she would sue her daughter for libel over posts on social media about the Facebook post’s removal. Lefkowitz made a post in the Facebook group that said “a daughter of an angry member has posted on social media a screenshot of all three administrators … and called us racist” and that they were thinking of deleting the page.

Velada said she felt parents were not paying attention to the actual situation — her voice as a black parent was shut down. A conversation about race and how it involves the Elon community was drowned out by what she and her daughter call “white tears.”

“You just see all these parents start to [say] ‘I'm so sorry this happened,’ and this is what you call white tears,” A’Shaela said. “Trying to get pity from people trying to say, ‘I've been attacked, I'm a victim, feel bad for me,’ but you don't even know the whole story.”

Both A’Shaela and her mother said the situation was an opportunity for white parents to learn from black parents and students about their experiences.

In the past, posts about anti-semitism have stayed up and discussion permitted. Some recent instances involved posts about Elon Chabad’s Menorah being vandalized and 2020 Parents Weekend taking place during Yom Kippur.

Race and the Elon community

In another post, Lefkowitz said, “this page is never a forum for current events, unless they are directly related to Elon University, and/or Elon students … The admins are well aware that our world is hurting … However, posts about current non-Elon issues do not belong on the Elon Parent page, and will be removed.”

To A’Shaela, her mother’s post was related to Elon.

“That was the big line that stood out to us,” she said. “What's happening now with the conversation about black lives, what it means for our institution to support black students and come up with a statement that really shows that they care about the safety and the well-being of their students and how they value them on campus, directly related to Elon.”

As a predominately white institution, A’Shaela said white students at Elon need to listen to their black peers and recognize white privilege.

“When you use your privilege to keep this space or always seem right you put your black communities, your students of color in a dangerous position,” A’Shaela said. “You put them in a very vulnerable place to be attacked. Instead of hearing them out and trying to protect them, you make their lives hostile.”

The rules of the group have since been changed. An added ninth rule, titled “Anti-Harassment,” states that administrators cannot be argued with or harassed on the page, in comments or over Facebook messenger.

Absence of a safe space

A’Shaela wants Elon’s campus to be a safe space for black students to have conversations with their white and non-black peers. She said this incident on social media makes it hard for her to see how things can change.

“If this is what parents are like on the parent page, this is what they teach their kids,” A’Shaela said. “This is what black students experience in their classes when they’re interacting with that kid.”

A’Shaela and her mother said now is the opportunity for students to get involved with different activities on campus that will further their knowledge on race inequality, like attending events put on by the Center for Race, Ethnicity and Diversity Education, as well as have discussions about race with their peers, educators and parents.

“Think about helping your kids learn to take some more risks and get out of the comfort they experience when they walk on campus,” Velada said.

A’Shaela said white students won’t learn about racism and race until they ask questions. Being wrong, she said, is part of the learning curve.

“If somebody doesn't call you out for being wrong, then you're also not going to know what's wrong, you know?” she said. “Don't be afraid of those uncomfortable positions, uncomfortable conversations, because that's when you grow the most.”

Velada said she was not trying to get the parent page deleted, she said it’s a good resource. Now, she feels unwelcome.

"The thing about being part of the Elon parent page is it makes you feel like you're actually part of the school.So now I feel like that piece for me is gone. Even if they invited me back, I don't feel like I could go back.

“The thing about being part of the Elon parent page is it makes you feel like you're actually part of the school,” she said. “So now I feel like that piece for me is gone. Even if they invited me back, I don't feel like I could go back.”

Owen Covington, director of the Elon University News Bureau, told Elon News Network that because the page is not affiliated with the university, they have no comments. However, he did say that Elon is always trying to find new ways to help effect change within the community.

For A’Sheala, listening to black students’ and their families’ experiences need to go beyond the parent page.

“This doesn't stop when the protests and the riots stop,” A’Shaela said. “This conversation is something that needs to be continued because black students at Elon are not exempt from racism after people stop walking on the street to fight about it.”