Volety will work alongside House in September to ensure smooth transition 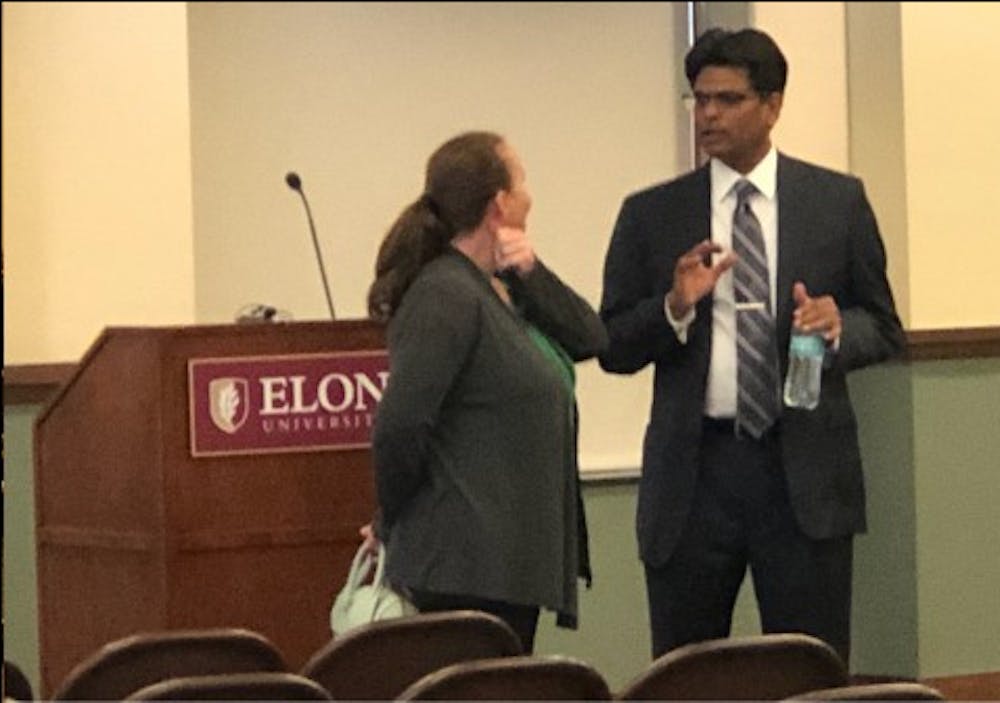 Photo by Christian Galvano | Elon News Network
Aswani Volety is the second provost candidate to visit Elon University during the ongoing provost search. He is seen pictured above before and after the presentation.

Aswani Volety has been named the next provost of Elon University, following the departure of Steven House. Volety most recently served as the dean of the College of Arts and Sciences and executive director for the Center for Marine Science at the University of North Carolina Wilmington.

Volety spoke on campus in May when all provost candidates visited campus separately to discuss their plans should they become the next provost.

Volety said he wants to be an engaged part of the community, not someone removed from the rest of the faculty. “What I hope to do is not necessarily sit in the provost's office and talk to the deans because that is not my style — although I will meet with them. My style is more decentralization.”

President Connie Book said in a statement that Volety’s “impressive experience makes him an ideal candidate to lead Elon’s academic programs as we prepare to launch our next strategic plan.”

Volety will work alongside House during the first month of the school year before House transitions full time into the role of executive vice president.

Volety’s selection comes after President Book received the recommendation of the 19-person search committee. The committee was announced in February and has since had several meetings to discuss what the university needed from its next provost. The committee said it received 135 applications for the position and received outside help from a search firm that specializes in higher education.