The longest-serving British ruler died at 96 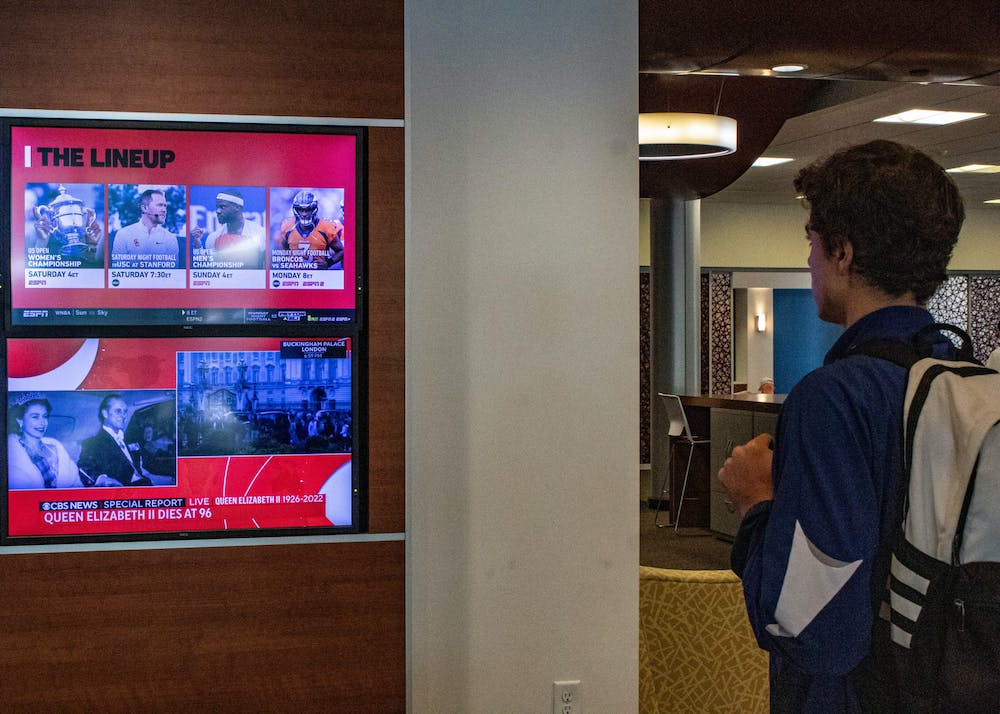 Doctors had placed the queen under medical supervision at Balmoral Castle in Scotland Sept. 8 after they became concerned about her health, according to a statement from Buckingham Palace.

Members of the British royal family were at her side, the BBC reported.

She served longer than any other British ruler and is the second longest-reigning monarch. The United Kingdom celebrated her 70 years on the throne with her Platinum Jubilee in June.

Prince Philip, her husband, died at 99 in April 2021. Her son, Prince Charles, is the heir to the throne.

Elon University junior Nicholas Arron is currently studying abroad in London. He said he was on a tour of Wembley Stadium when it abruptly ended and everyone had to leave.

“Since the news broke not even an hour ago, it’s still very fresh,” Arron said. “I feel like it’s just kind of shock now for most people, especially everyone who lives here. For me personally, I don’t have too many feelings about because I don’t live here, but I see some people on the streets pretty upset.”

Arron said he and a majority of those in the program, will head to Buckingham Palace to pay their respects.

Arron said as the days go on, they will likely hear about a period of national mourning.

Graduate student Sequoia Nichols said she understands the impact the queen had on England and the world as a whole, and even as an iMedia student at Elon, she wonders what the queen’s passing will mean in the days ahead.

“For women right now, there's a lot going on. I don't know what's going to happen next and that's the scary part,” Nichols said. “The unknown.”

Freshmen Haley Johnson and Avery Shipp also said they wonder what the world, especially politics, will look like in the coming weeks.

“It's a major point in history,” Shipp said. “We keep living through those.”

For freshman Sophie Gledhill, the news of the queen’s death was personal. She sat on the phone this morning with her parents, who are both from the UK, in silence.

“My parents had never known a world without Queen Elizabeth,” Gledhill said. “It was immediately shock and then sadness. She made a lasting impact and it’s the end of one of the greatest eras, I think, the UK has ever had.”

Gledhill said her family will go back to the UK this weekend to pay their respects.

“Today was a difficult day because the queen has been so ingrained in society for so long, that it feels weird to not have her in that society anymore,” Gledhill. “She was such an iconic figure, as well as a person who provided a lot of comfort that were not particularly easy in the UK’s history.”

Kyra O'Connor and Phoebe Smith contributed to the reporting of this article.