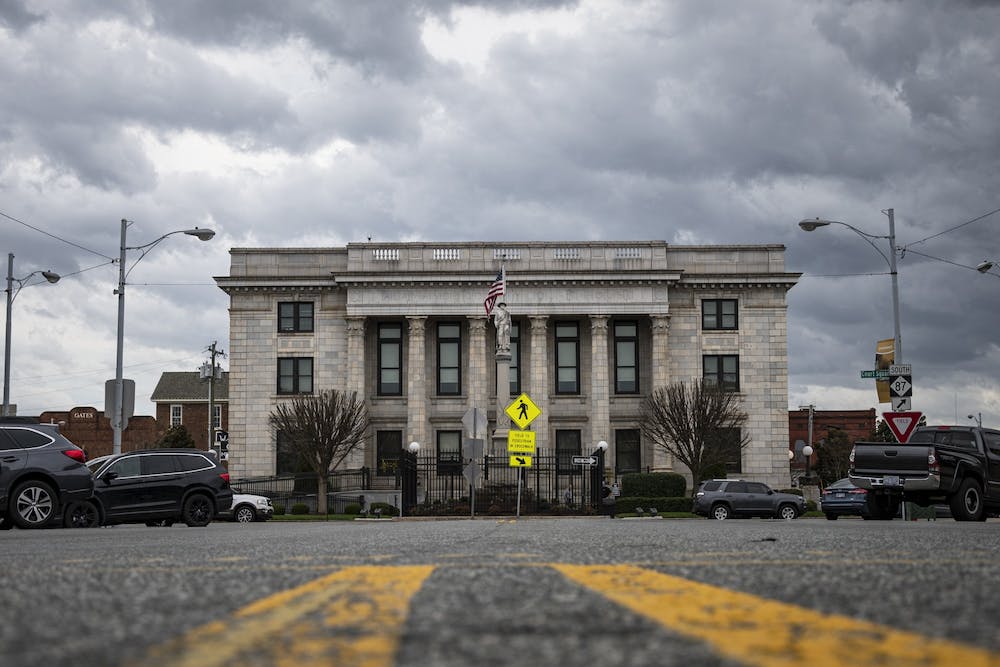 
The Alamance County Courthouse on a cloudy March day.

Updated as of June 22 at 2:49 p.m. to include comment from Alamance County Sheriff Terry Johnson.

The lawsuit was filed days after Alamance County sheriff's deputies and Graham police pepper-sprayed protesters, including children and the elderly, for blocking a street without permission during the “I am Change March to the Polls” on Oct. 31, 2020. According to the lawsuit, the police violated defendants’ First Amendment rights to speech, assembly and association, as well as their Fourth Amendment rights protecting them from the use of excessive force.

“There was no admission of us being wrong or anyone else in our department,” Johnson said. “What they’ve done now is opened the door for other people to say, ‘I’m suing, I’m going to get a settlement,’ and that was where I was against it.”

The ACLU announced in a press release Wednesday that this was “an important win for police accountability and transparency.” As a part of the settlement, Graham Police Chief Kristy Cole also agreed to have an on-the-record meeting with any willing plaintiffs within 60 days of the lawsuit’s settlement release.

In a statement from the Graham police department as told to the Burlington Times-News, they said their reason for the settlement was, “it was in the best interest of our community to equitably settle the lawsuit and avoid the expense of extended litigation."

The ACLU alleged in the lawsuit that the pepper-spraying rendered some protesters physically and mentally unable to vote, as the incident took place on the last day of early voting in the 2020 general election.

“I was raised in Alamance County and it will always be my home. Their attempts to silence the voices of peaceful demonstrators are all too familiar,” Drumwright said in a press release. “Although we’ve reached an agreement with the County, the City of Graham and law enforcement, we are deeply aware that we have still have a long way to go until we reach true equality and justice.”