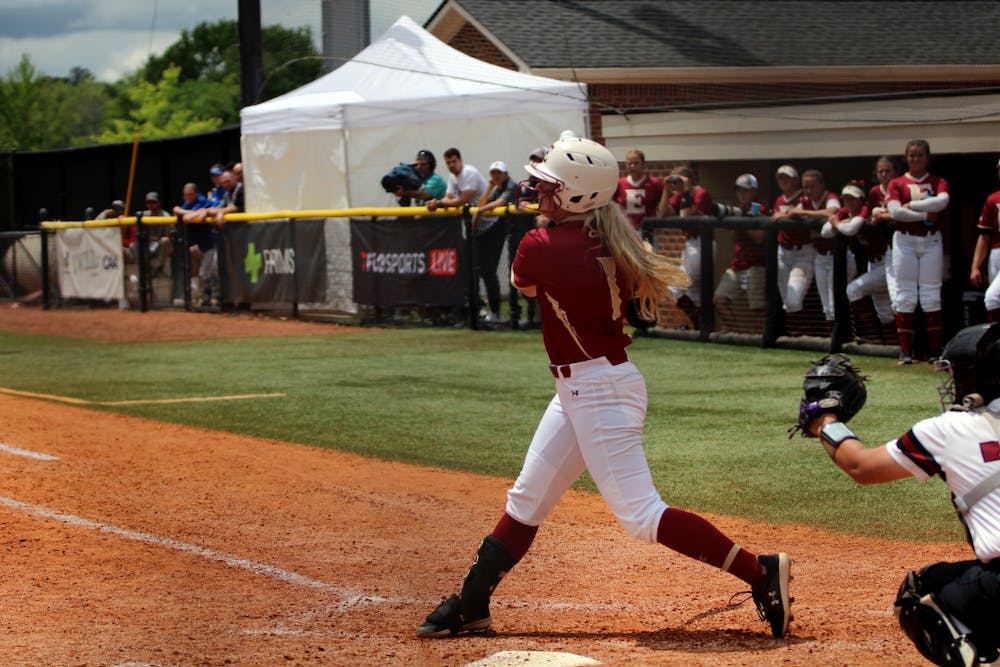 For the second straight day, the Elon University softball team defeated the College of Charleston Cougars at the Colonial Athletic Association Softball Tournament.

A fifth inning RBI from junior second baseman Megan Grant that scored junior right fielder Drew Menscer was enough for Elon to earn a 1-0 victory. The run ended a 14-inning scoreless drought for the Phoenix in the tournament.

Freshman pitcher Isley Duggins started and pitched a complete game shutout. Duggins allowed three hits and six walks in her seven innings and threw 103 pitches. Elon has started a freshman pitcher in all three of its tournament games thus far.

Charleston put just one runner on base in the final inning, and Elon ended the game with an infield pop out to junior shortstop Bella Devesa.

Elon also did not allow a run in yesterday’s 5-0 win over Charleston. The Phoenix will now play the No. 1 seeded University of Delaware Blue Hens at 3:35 p.m. at Hunt Park. Elon lost 1-0 to Delaware yesterday. The winner will advance to tomorrow’s championship game against the University of North Carolina Wilmington, and the loser will be eliminated.