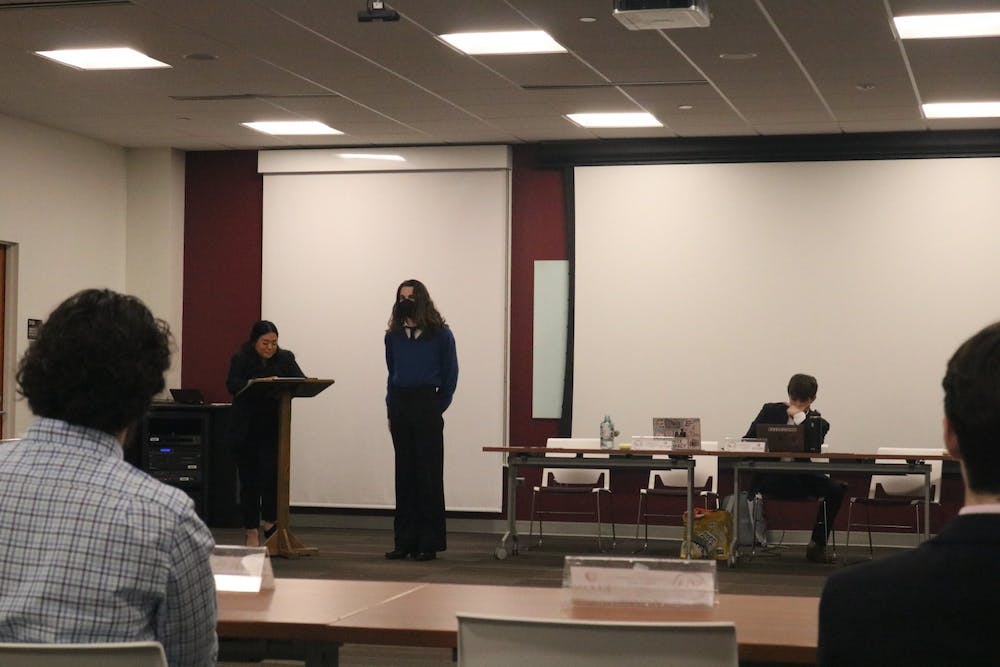 During the April 14 Student Government Association business meeting, Class of 2023 Senator Trevor Molin was elected unanimously by the senate to the role of Speaker of the Senate. The rest of the senate was sworn in and four of the vacant positions were filled.

Based on SGA’s new constitution, the speaker of the senate is now an internally elected position. Molin was nominated for the position by Class of 2025 Senator Bo Dalrymple and with a vote of 17 to 0, Molin was appointed.

Genesis Tolbert, Charlotte Mattimiro and Camryn Harris were appointed as class of 2024 senators, and freshman Jack Prahinski was appointed as a School of Communications senator. Student Body President Nadine Jose said she will be working to fill the remaining vacant seats within the senate, including Vice President of Finance. The application for Vice President of Finance is open until Monday. Anyone interested in applying should go to Phoenix Connect or email Jose.

In Jose’s president’s report she said her main goal for the senate is to be collaborative and communicative, not just for the success of SGA as an organization, but for Elon students to have the best student experience.