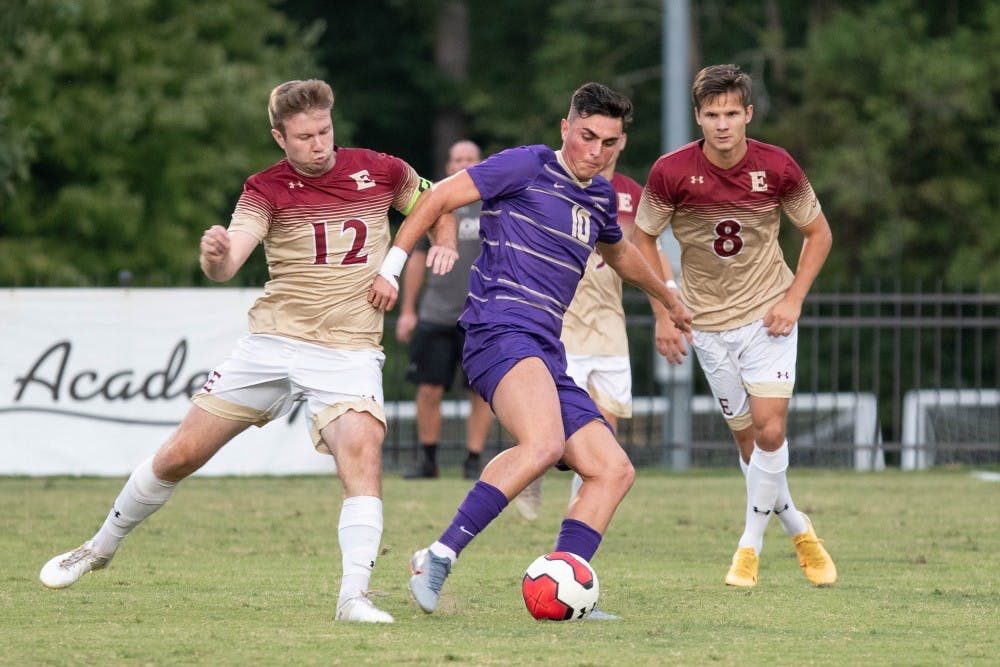 Updated as of Nov. 5, 2021 at 1:37 p.m. to include additional information regarding support for JMU's move.

James Madison University is on its way to a new league, as the school received unanimous approval from Virginia General Assembly’s Intercollegiate Athletic Review Commission to leave the Colonial Athletic Association and join the Sun Belt Conference. This was the final hurdle for the school to clear in its path to conference ascension.

James Madison has been a member of the CAA since 1992 and has become a league  powerhouse in several sports, including football, softball, soccer, lacrosse and field hockey.

Among those supporting JMU’s move was President of Old Dominion University Brian Hemphill. Old Dominion used to be a member of the CAA, but announced it's departure in 2012. This would eventually allow room for Elon to join the conference in 2014. Old Dominion has also recently announced that it’s athletic program will move from Conference USA to Sun Belt.

The ban will not impact James Madison’s football team, which will still be allowed to receive the CAA’s automatic bid to the Football Championship Subdivision playoffs due to separate football bylaws.

However, the conference championship ban could have immediate implications for Elon’s men’s soccer team. James Madison, the winner of the last three CAA titles, has already clinched one of the four spots in next weekend’s conference tournament, but the Dukes will no longer be allowed to compete. Elon, who currently sits in sixth place in the standings, could now qualify for the tournament with a win on Saturday against William & Mary.

According to the Richmond Times Dispatch, the CAA will look to expand following the departure of James Madison. Hampton University and Howard University are expected to be among potential candidates to join the conference.

James Madison University President Jonathan Alger said the school plans to begin its transition to the Sun Belt on July 1, 2022,  playing a mix of games against opponents both from the Football Championship Subdivision — where the CAA falls under — and Football Bowl Subdivision — where Sun Belt falls under. It is expected that by 2024, the Dukes will be full members of the Sun Belt.  However, if the move does not happen until the summer of 2023, JMU would be prohibited from competing for CAA titles for two school years.