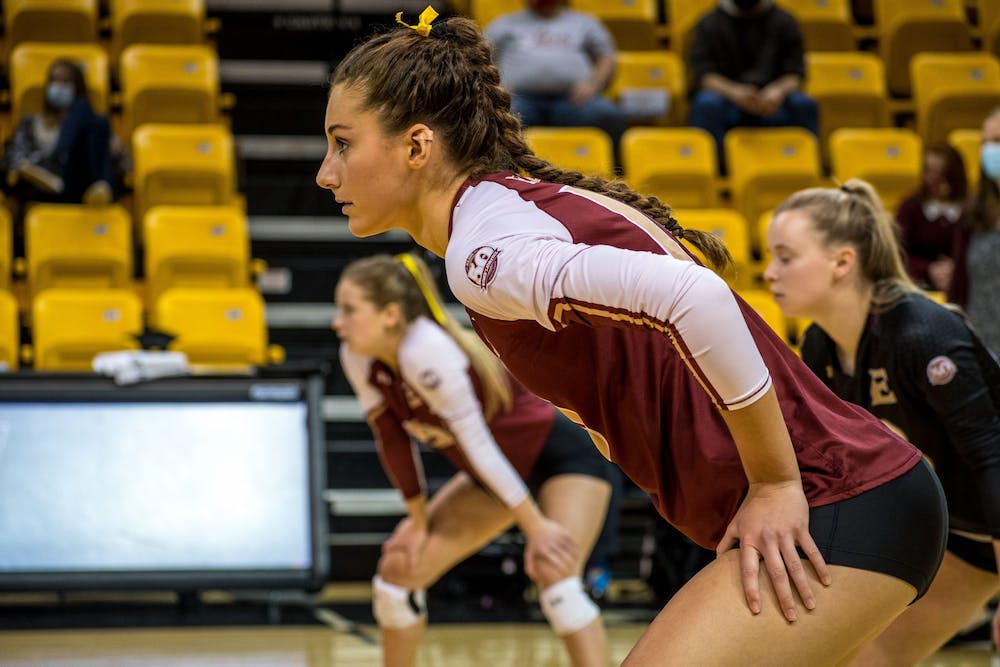 Towson, MD — The Elon University volleyball team was within two points of winning its first ever Colonial Athletic Association championship on Nov. 20 in Towson, Maryland. With the score tied 23-23 in the fourth set of the CAA championship game against the Towson University Tigers, the Phoenix was in position to close out the match and a conference title.

However, it was not to be for the Phoenix, as the Tigers won the next two points to push the match into a fifth set and never looked back, winning the final frame 15-12 to win a third-consecutive CAA title.

The Phoenix trailed 5-0 in the fourth set, but rallied to take its first lead at 18-17. With the score tied at 23-23, a Towson kill and Elon error ended the Phoenix’s comeback hopes.

In the final set, Elon fell behind early again, but tied the score at 11-11. After a Towson timeout, the Tigers won four of the final five points to win the match and the championship.

Junior middle blocker Jenn Krzeminski led Elon with 15 kills. Senior outside hitter Kellyn Trowse had 13 kills, but only three came in the final three sets of the match.

Senior outside hitter Leah Daniel led the conference in kills this season, but struggled offensively with more errors (eight) than kills (seven) against the Tigers. Daniel had a negative hitting percentage for the first time since the Sept. 8 match against UNC Charlotte.

Senior setter Haylie Clark posted her second consecutive double-double of the tournament, registering 46 assists and 13 digs. She also had eight kills, tied for her most in a match this season. Junior libero Jordan Gower led the team with 16 digs.

Elon’s season is over, as the Phoenix finish with a record of 17-11. With the win, Towson clinched an automatic bid to the NCAA Tournament.