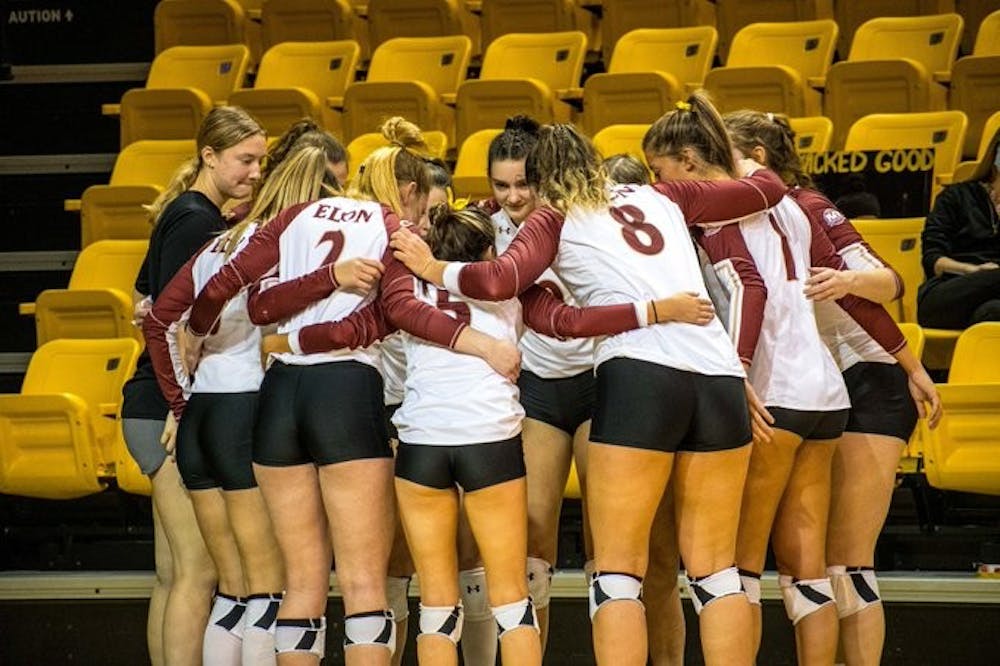 After a shaky start, senior outside Leah Daniel finished the match with a team-high 15 kills. Tendler said her court vision was crucial to the team’s victory.

“When she gets going, she’s really hard to stop,” Tendler said.

Tonight's game was Elon’s third consecutive match against Hofstra, as the Phoenix’s final two regular season contests were against the Pride, as well. Elon has won nine of the 10 sets the teams played this season.

Elon will face host and defending CAA champion Towson University tomorrow at 3:00 p.m. The winner will receive an automatic bid into the NCAA Tournament.