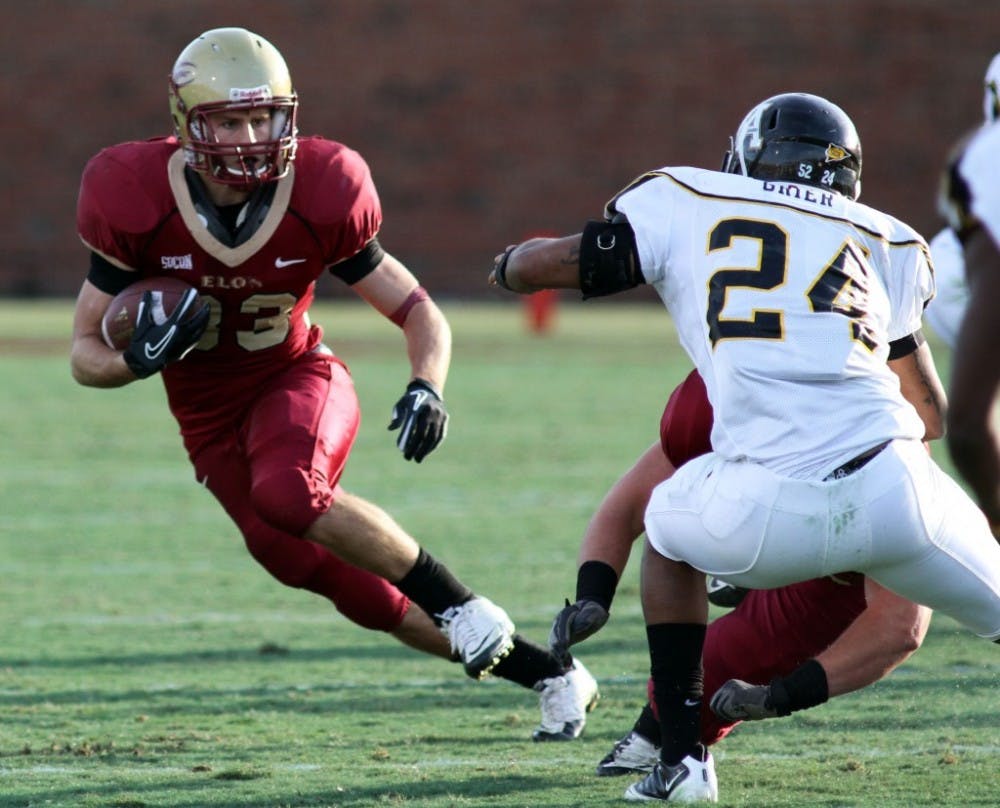 The Elon University football team is set to take on one of its biggest rivals, the Appalachian State Mountaineers, this Saturday, Sept. 18 at 3:30 P.M in Boone, NC.

The first installment of the Elon versus Appalachian State rivalry was in 1937. As members of the Southern Conference, the two teams met every year from 1937 through 1971, except for 1942-1945 due to World War II.

The two teams have not played since 2013, the last year before Elon moved to the Colonial Athletic Association. Elon trails the all-time head-to-head 9-32-1, with their last win in the series coming in 1964. The Mountaineers have won the last 19 meetings, 11 of which were by a double-digit margin.

Appalachian State moved up to the Sun Belt Conference, a Football Bowl Subdivision league, in 2014. The FBS level is the tier in the sport and one above Elon, who is a member of the Football Championship Subdivision. The Mountaineers have the seventh best winning percentage out of 131 FBS schools since 2014.

Elon currently holds a 1-1 record after a season-opening loss to Wofford and a win against Campbell last weekend. Appalachian State is also 1-1, but almost defeated the University of Miami, a ranked FBS opponent, last weekend, losing 25-23.

Despite the quality of the opponent, Elon Head Coach Tony Trisciani said the Phoenix are preparing for the game just as they would for any other matchup.

“We’re playing one of the best FBS programs in the state of North Carolina, so it's going to be a big challenge for our guys, but it doesn’t change how we prepare,” Trisciani said. “We’re going through practice just like we did when we played against Wofford, and when we played Campbell.”

Appalachian State’s home stadium holds almost 30,000 fans at full capacity and Saturday’s game is sold out. Trisciani said it is exciting to get the chance to play in that kind of environment.

Freshman running back D.J Moyer said the game provides the Phoenix with an opportunity to prove themselves against a high-level opponent.

“We have a big opportunity to knock off a big team. Everybody that wasn’t recruited for FBS, we have something to prove to the bigger schools that we can play big ball,” Moyer said.

Moyer said the keys for success against Appalachian State are patience and consistency.

“Keep hitting it until it hits,” Moyer said. “Our running back coach always talks about patience. Those 4 and 5 (yard) runs turn into 40 and 50 yard runs in the second half. Just staying patient, hitting runs, and staying consistent.”