Byrd, a former Alamance County Commissioner, is campaigning for a seat on the Burlington City Council to further economic development and create a more inclusive community 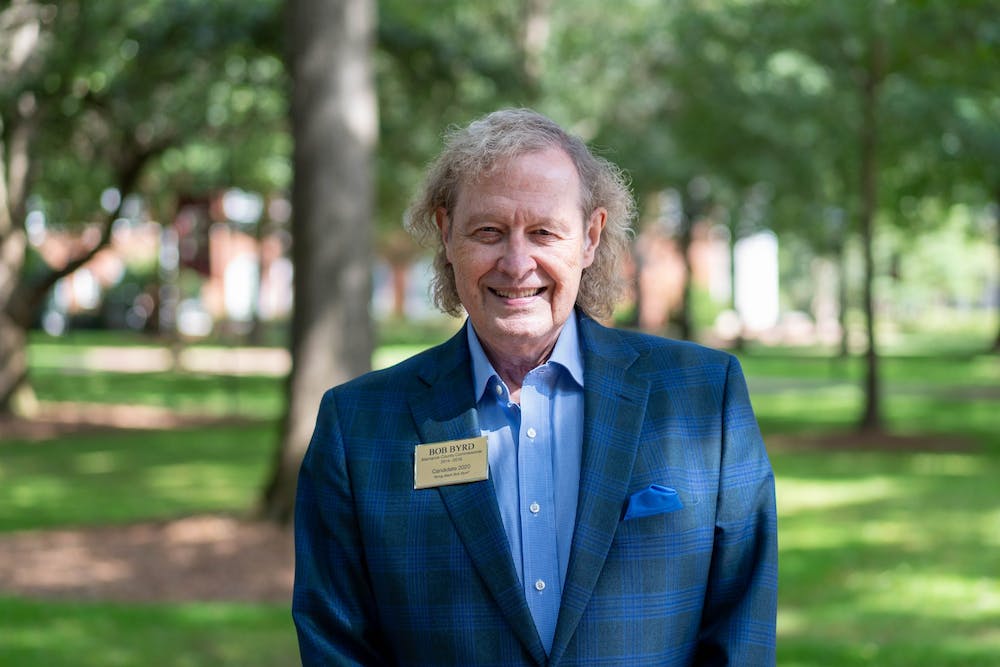 
Bob Byrd served as an Alamance County Commissioner from 2014 to 2018 and is now setting his sights on a seat on the Burlington City Council this fall. He said he hopes his campaign will push forth efforts of economic development and inclusion within the city.

Byrd said he believes his experience as a county commissioner and serving with organizations, such as the Alamance Racial Equity Alliance, Alamance Arts and Alamance County Community Services Agency, will help his campaign for Burlington City Council this fall.

“This is my DNA, to serve the community, so I’d like to continue my work serving the community as a member of the Burlington City Council,” Byrd said.

A major component of Byrd’s campaign for the Burlington City Council is bringing economic growth to Burlington through growing the city’s tax base and lowering taxes for small businesses.

Byrd said he believes having more people and industries in Burlington paying taxes will give the city more tax control and will lower the rate for small businesses overall, paving the way for small business benefits and allowing for opportunities to improve the city’s infrastructure.

“Small businesses make up a large segment of our economy,” Byrd said. “We don’t want to overlook the importance of small businesses and making sure those dollars are circulated locally.”

Byrd said another large proponent of his campaign for Burlington City Council will be to push forth continued efforts of representation and inclusion within the city. Byrd helped establish the Alamance Racial Equity Alliance, a local anti-racism group that organizes racial equity trainings in the county, and brought conversations of inclusion and representation to the Board of Commissioners. He hopes to continue to provide educational opportunities for individuals within Burlington to expand their knowledge about racial equity.

“It was so transformational for me and how I view and understand race, especially racism and especially systemic racism and how it manifested in such profound ways today,” Byrd said. “I just feel like everyone needs to go through that training, and particularly people who are serving the public.”

Byrd said he hopes his platform of economic growth, improved job opportunities and having more inclusion within the city will help him to unite together the citizens of Burlington and plans to engage with the residents during his campaign.

“My experiences in this community is very broad and very deep,” Byrd said. “As a result of all that experience, I’ve learned a lot of things about, and I mentioned before, how local government works and how to get things done.”

Alongside Byrd, five other candidates are running for a seat on the Burlington City Council.

Harold Owen, a current member of the Burlington City Council, is running for reelection this fall. Owen previously served as Burlington’s City Manager from 2002 to 2015.

Ronnie Wall, the former mayor of Burlington and the current head of The Burlington School, is running for the Burlington City Council this fall.

Charlie Beasley, who serves as an assistant quality assurance manager at Tempest Aero Group, is running for the Burlington City Council during the upcoming municipal elections in Alamance County.

Residents, including Elon students, faculty and staff, who live in the municipality of Burlington are eligible to vote in both the October primary and the November general election. Residents can vote early, vote by mail and on Election Day.