The Elon alumnus is the youngest mayor in Burlington history and will be campaigning aside Dejuana Bigelow, candidate for Burlington City Council 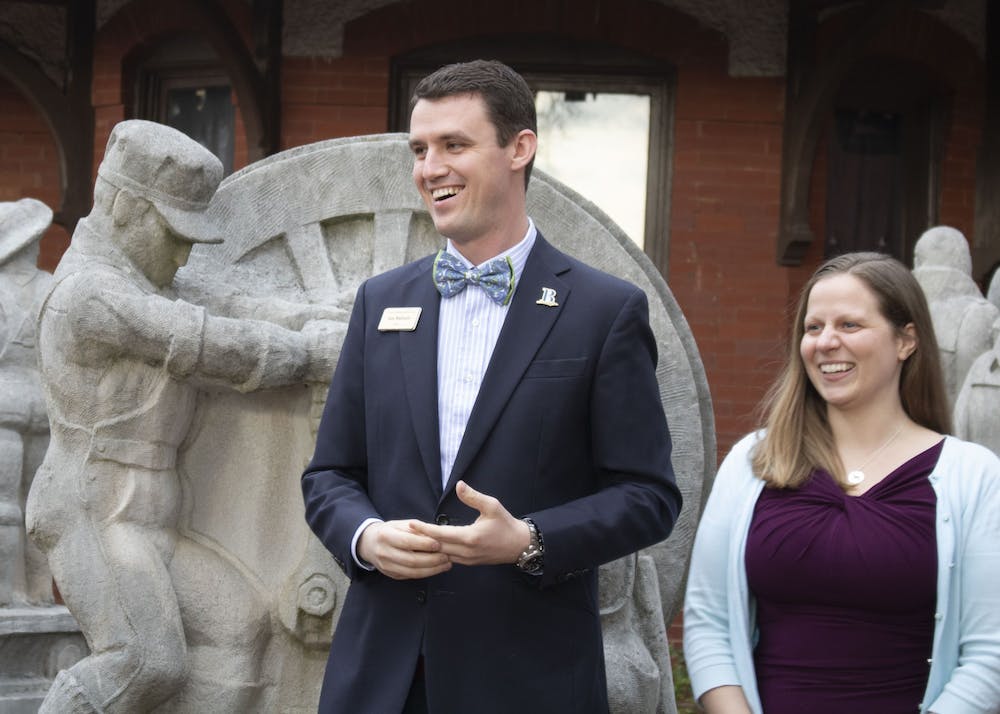 
Ian Baltutis and his wife Kristina at his his reelection announcement on March 21, 2019.

BURLINGTON — City of Burlington Mayor Ian Baltutis will run for reelection this November. The Elon alumnus was first elected at age 30 in 2015, becoming the city of Burlington’s youngest mayor. He has served three terms as mayor.

Baltutis said he decided to run again to continue work on key priorities he has held since his first run for mayor in 2013, including transportation, job equality, economic prosperity and affordable housing.

“There's still work that we need to do in the community,” Baltutis said. “Affordable housing in particular is one that we're trying to stay ahead of a crisis.”

While serving as mayor, Baltutis helped expand the growth of downtown Burlington by launching Link Transit, a public transportation system, and establishing additional bikeways and greenways. He also helped lead the revitalization of historic mills at the Lofts at May Hosiery.

In 2013, Baltutis focused on face-to-face campaigning during his first bid for mayor, and he plans to do so again this year. Baltutis said his campaigns have always been focused on building relationships and engagement, and now will be an “even more critical time” to be in person.

“In addition to our normal work of getting out in the community and asking people what they want, what do they love about their community, I think we’re also doing a tremendous amount of just general communicating and connecting with people,” Baltutis said. “We may be some of the first people to show up at their door and interact with them from the city.”

Baltutis graduated from Elon in 2008. Currently, he manages global operations for The Vibrant Solution LLC, a product design and manufacturing company he founded during his time at Elon. He also helped found Burlington Beer Works and owns Persnickety Books.

“Geographically our council doesn’t mirror the community, diversity wise we don’t mirror the community,” Baltutis said. “I have been working diligently to try to encourage new candidates to step up and run so that they can bring their perspective and their experienced life lessons to our city council and improve the depth of conversations that we have.”