The student run moving company was on campus Aug. 17, and will return Aug. 18 to assist with the move-in process 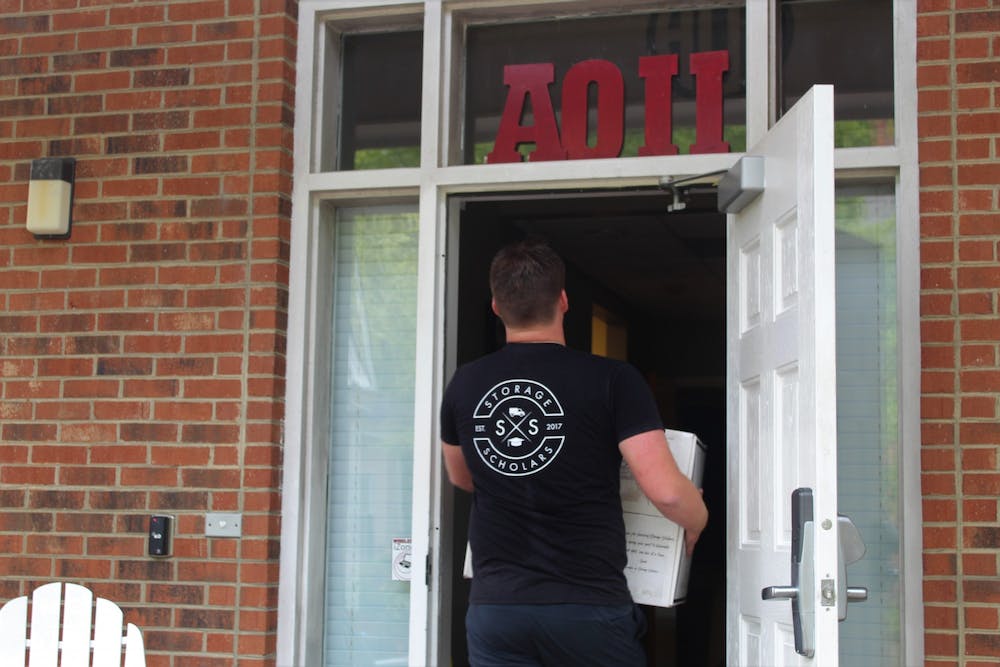 While the official move-in day for underclassmen comes later this week, some students are already moving in— and they’re using moving companies like Storage Scholars to help.

Wake Forest University graduate Sam Chason noticed during his freshman year that international students who lived on his hall brought two large suitcases to school and purchased the rest of their belongings when they came to campus. So, he decided to answer the question of where their belongings go when they move out in May.

“I just knew they weren't going to ship back, like, their bedding or their notebooks back to China whenever the school year was over,” Chason said.

Chason founded Storage Scholars in 2017 and the goal is to remove the pain points of the move-out process. The end of the academic year brings stress of final exams, saying goodbye and finding ways to pack up a dorm room. By creating a service that takes out the bulk of the work, Chason created an option for students that eased the move-out process.

In May, Storage Scholars pack the student’s belongings and put it in storage and then they return them to their new dorm or apartment in August. Students can register for the service and on the website.

Marketing manager and Wake Forest junior Annabel Barr is based in Winston-Salem and said the company has key access from the university, allowing the mover to put the boxes in the student’s room before they return to campus.

Junior Elissa Rizzo used the service for move-out at the end of her freshman year, when she couldn’t return to campus from her home state of Massachusetts because of the coronavirus pandemic.

“Storage scholars is a good option for people who are unable to move their stuff out themselves,” Rizzo said. “If you are able to move your stuff out yourself, just do it. Even though moving out is a hassle, I definitely recommend doing it yourself if you can.”

Storage Scholars was on Elon University’s campus Aug. 17 and will return Aug. 18 to assist students who have signed up for the service.