After time off from live production, the arts are set to perform on stage this fall 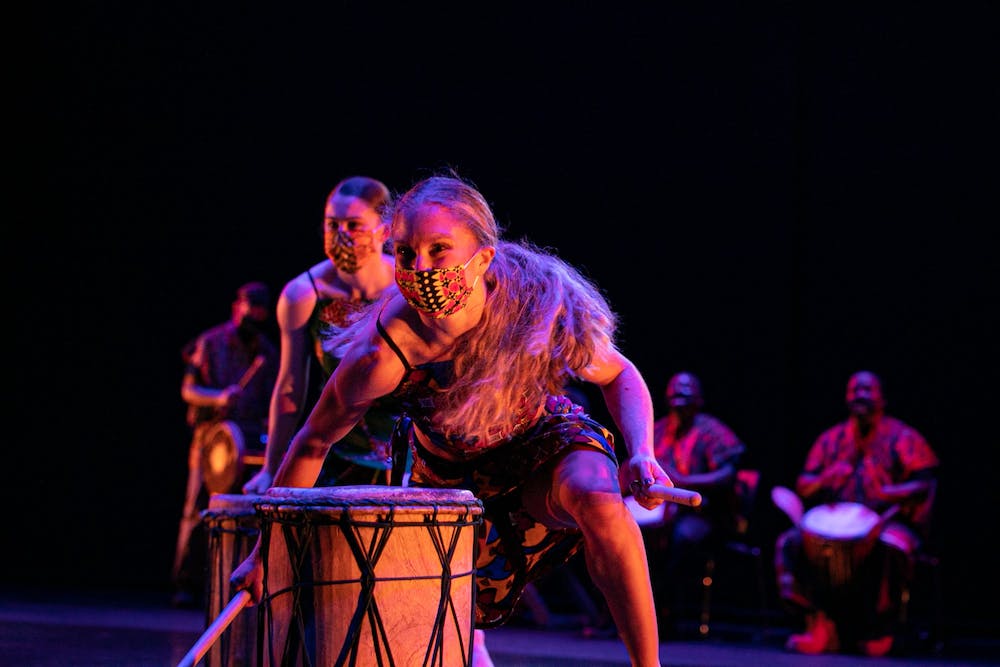 Senior dance major Caroline Boothe is presenting her choreography at this year’s fall dance concert in November. Boothe is one of many performing arts students who have not been able to perform live for over a year due to the coronavirus pandemic. But Boothe said she is more excited than nervous about the return to a live audience and to dance alongside her fellow dance majors.

Dance is not the only program returning to live production — acting and musical theatre also have upcoming shows. The fall musical is “42nd Street,” in which senior Weston LeCrone has a lead role for the first show of his last year at Elon.

LeCrone has missed performing with his senior class and said that when he got the news they could return to in-person shows, he was excited and began setting goals right away,as he prepares for graduation in the spring. One of those goals is to make a lasting impression.

“You never know what sort of impact you're going to have on those audiences, which I think is something that's really unique to theatre,” LeCrone said.

The first night of the fall musical is October 29th and the first show of the fall dance concert is Nov. 12th, and anyone with a Phoenix card can attend for free. According to the Fall Dance Concert Director Casey Avaunt, the department of performing arts has not yet determined what capacity will look like or if there will be a mask mandate, as of Aug. 30.