Humorist and speaker Jeanne Robertson, supporter of Elon University athletics, died August 21 at the age of 77 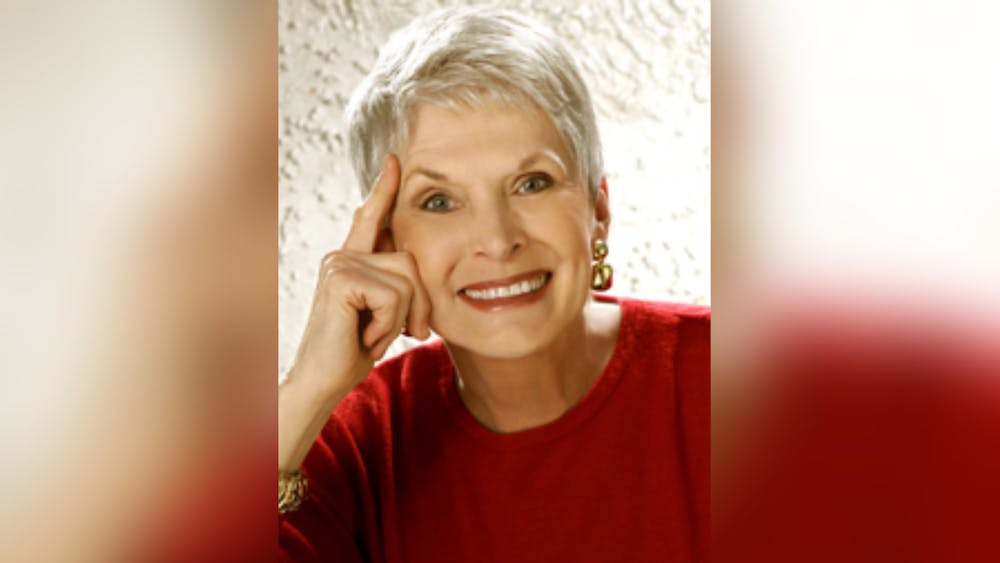 A Graham native, Robertson was named Miss North Carolina 1963, where she began speaking as part of the title. While she originally viewed speaking as a way to make some extra money, she continued her degree at Auburn University and eventually became a full-time professional speaker in 1976.

Since her debut as a full-time speaker, Robertson wrote four books, spoke at the White House and was president of the National Speakers Association. In 1989, Robertson became the first woman to receive the association’s most cherished honor, the Cavett Award, given annually to a member “whose accomplishments, integrity and reputation are a credit to NSA and the speaking profession.”

Robertson was elected to the Elon University Board of Trustees in 2003. Since her appointment, she and her husband, Jerry Robertson or “Left Brain” as he was known to her fans, made gifts to fund renovations to Alumni Gymnasium in 2010, the track and field complex that is named in their honor and supported the development of the Schar Center. Jerry Robertson died in June at the age 83.

“We have lost one of Elon’s greatest friends,” said President Connie Ledoux Book. “Jeanne Robertson loved to tell the Elon story wherever she went, and she backed up her words with active participation at meetings, events and games; generous gifts to the university; and personal involvement with our students, who she often hosted at her home for team dinners. Jeanne was passionate about Elon, education and student success, and we will miss her deeply.”

Both Robertsons also received the university’s highest honor, the Elon Medallion, in 2017. President Emeritus Leo Lambert presented the award. Lambert met Jeanne and Jerry before he became president at Elon, when he was introduced to the Robertsons at a basketball game. After meeting Jeanne, Lambert would go on to work with her for nearly 13 years during her tenure as a trustee and his tenure as president.

“She was an active, engaged dynamic trustee, really loved Elon,” Lambert said. “And of course she was a nationally famous speaker, and one of the things she did is I think she mentioned Elon in just about every speech she gave.”

The Robertsons were recipients of the Southern Conference Distinguished Service Award in 2007, which recognized their contributions to Elon athletics. In addition to being mainstays at university sporting events, the couple has endowed multiple scholarships. Dave Blank, director of athletics, said Elon University is fortunate that the Robertsons chose to stay in Burlington.

“You couldn’t ask for two more dedicated and committed supporters of Elon Athletics than Jerry and Jeanne Robertson,” Blank said. “To lose them both this summer is just gut-wrenching. Through the years, they established deep connections with student-athletes, coaches, staff and fellow fans. With a one-of-a-kind personality, Jeanne lifted up Elon Athletics, whether it was cheering in the stands or lending her support to our programs.”

Robertson also gave Elon University’s commencement address in 2005, in which she urged graduates to look for humor in their daily lives.

“She was 100% original and irreplaceable,” Lambert said. “They’ll just never be another person quite like her.”

Celebration of life details and an obituary will be posted on her Twitter page at a later date, according to a recent tweet.

“We are sure — Jeanne is now telling stories in heaven, all the angels are laughing, and Left Brain is in the back with a big smile,” a tweet from her account reads.