Jerry Robertson, supporter of Elon University, athletics, died June 7 at the age of 83 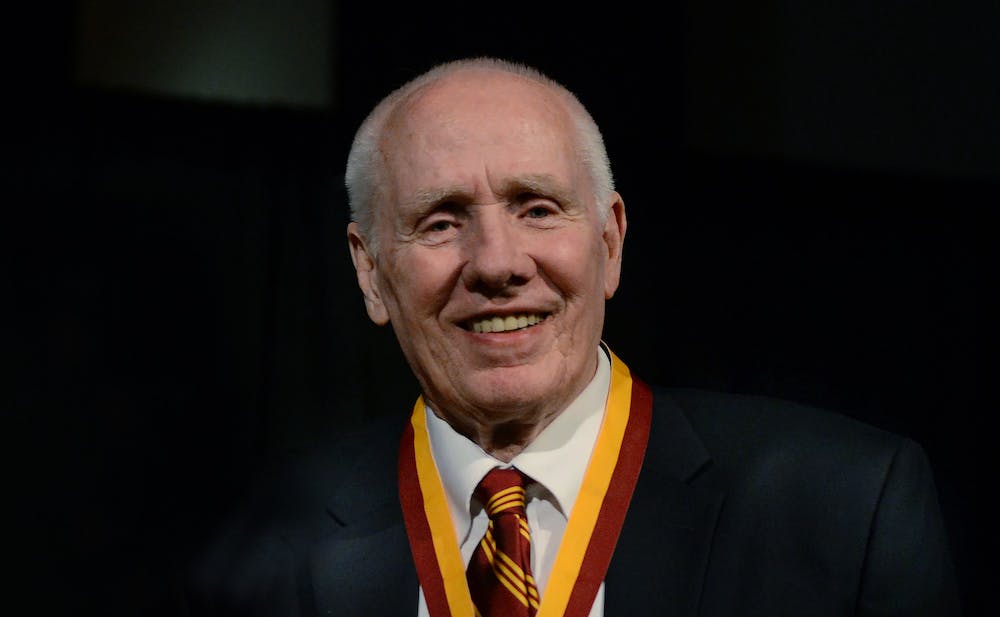 Correction: Jerry Robertson was a principal in the Alamance County School System. A previous version of this article said Robertson was a superintendent. Elon News Network regrets this error.

Jerry Robertson, Elon Medallion recipient and supporter of Elon University athletics, died June 7 at the age of 83 after battling a longtime illness.

A Burlington native and former Duke University basketball player, Robertson received both his master’s degree and doctorate at the University of North Carolina at Chapel Hill, though he returned to Alamance County to serve as both an educator and a principal in the Alamance County School System.

In the mid-1980s, Jerry and his wife, humorist and Elon University Board of Trustees member Jeanne Robertson, began attending Elon sporting events and befriended former Elon athletics director Alan White and his wife, Norma. Though neither Jerry nor Jeanne graduated from the university, the couple became avid fans of Elon athletics and members of Elon’s Phoenix Club, a group of donors who invest in scholarship support for Elon student-athletes. Robertson’s ties to Elon were strengthened when his son Bailey “Beaver” Bowline graduated from the university in 1989.

The Robertsons were recipients of the Southern Conference Distinguished Service Award in 2007, which recognized their contributions to Elon athletics. In addition to being mainstays at university sporting events, the couple has endowed multiple scholarships, funded campus renovations and contributed to the construction of new facilities.

In 2014, the Jerry and Jeanne Robertson Track and Field Complex was named in the couple’s honor after their donation to majorly renovate the facility. Robertson Court, the main basketball court in Schar Center, also recognizes their contributions to fund the space’s construction. And following the endowment of an athletic scholarship in honor of their longtime friends, the Robertson’s named both the Dr. Alan and Norma White Field and the Alan J. White Bell Tower to commemorate the White’s legacies.

President Emeritus Leo Lambert awarded both Jerry and Jeanne with Elon University’s highest honor, the Elon Medallion, in 2017 for their continued support of the university.

Jeanne has cancelled all public appearances for the remainder of the week, including a show scheduled for this evening, and funeral arrangements are not complete at this time.