With both in-person and virtual learning spaces offered in ABSS, broadband and internet accessibility remain a concern for many students 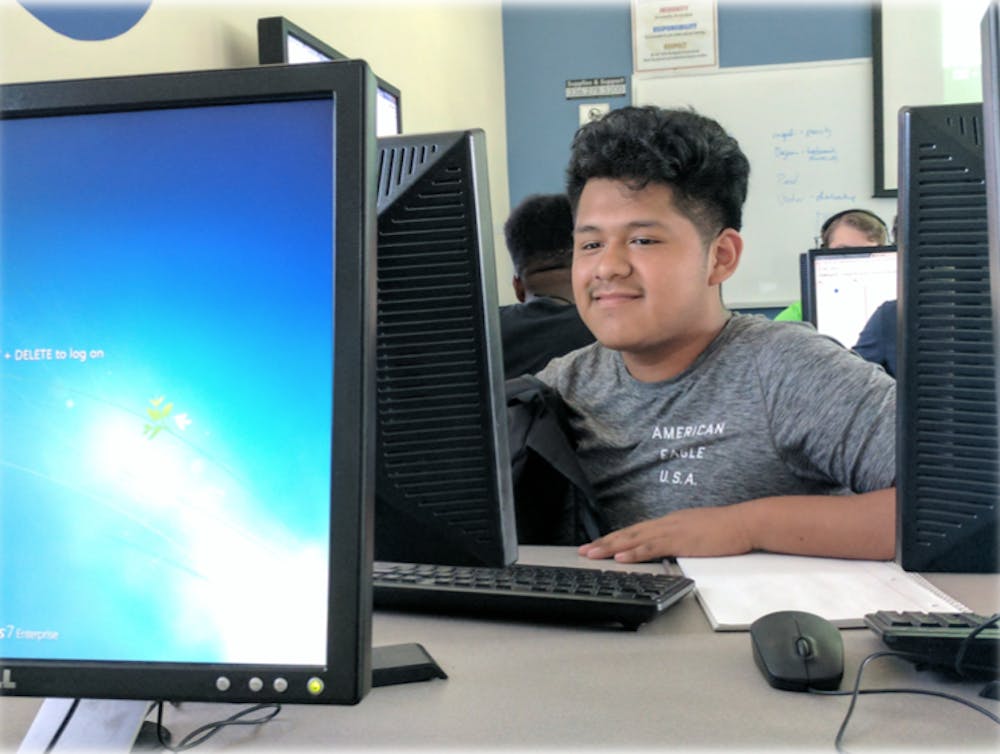 ABSS students had the opportunity before the school year began to commit to either in-person or online learning. Courtesy of John Pickett.

While many students in the Alamance-Burlington School System entered classrooms for the first time after almost two years of remote learning on Monday, Aug. 23, some opened their laptops from home to begin the new school year.

Alamance Virtual School will join ABSS this year as a new learning space for students who applied for the virtual school option. The school system’s response to the pandemic offered a perspective to both an in-person and online option for K-12 students this year.

“We recognize that not every student is as successful as they can be in a virtual environment, but for those students who thrive in it, we want to give them that opportunity,” Board of Education Chair Allison Gant said. “Obviously the pandemic has provided an insight to that need.”

According to Gant, 486 K-12 students are currently enrolled in a fully online year after submitting an application demonstrating the need and commitment to be remote. Students must stick to their choice of learning, whether online or in- person, for the entire school year.

The idea of offering a virtual school was one ABSS had prior to the pandemic. Assistant Superintendent of Student Learning Angela Bost said planning for this year’s online learning was not as challenging as they thought it would be because the school system had been looking into online learning for years now.

“Opening a virtual school in Alamance County has always been something we’ve planned for in our strategic plan, our vision,” Bost said. “What we realized when we had to pivot so quickly to remote learning was that we were further along than we thought.”

Working to bridge the digital divide

ABSS provided each student with a Chromebook last year to access online assignments. Students with unreliable internet connection were also given hotspots to access connectivity with the school. Last year, they distributed over 3,500 hotspots and 17,000 Chromebooks to students. Moving forward this year with Alamance Virtual School, students are given Chromebooks again and virtual teachers are given Dell laptops.

In efforts of bridging the digital divide, the gap between those who have internet and digital access and those who don’t, especially for students attending Alamance Virtual School, ABSS technology systems assisted families with their hotspots on a case-by-case basis this year in addition to providing Chromebooks. Bost said the pandemic allowed the school system to discover where connectivity issues were for students.

ABSS also made an effort to offer support beyond academic learning for virtual students. According to Bost, online students can access support systems like counseling services. Bost said while students chose to be online, accessing support online and in-person is always an option because some things can’t be addressed over the screen.

“There are things that students need beyond their academics that are critical and they’ll be able to access them,” Bost said.

According to Board of Education Chair Allison Gant, 486 K-12 students are currently enrolled in a fully online year after submitting an application demonstrating the need and commitment to be remote. Students must stick to their choice of learning, whether online or in-person, for the entire school year.

As ABSS works to reach students across the county, public libraries in the area are making an effort to do the same. Director for Alamance County Public Libraries Susana Goldman worked with COVID-19 relief funds earlier this year to provide digital assistance not only to students, but to other Alamance County residents as well.

“We see a lot of students across all ages, whether it’s [Alamance Community College] students or ABSS, or the charter schools pretty regularly,” Goldman said. “The digital divide is nothing new for libraries. We’ve been dealing with this for 15 years as technology became available. We’ve been trying to bridge that gap for a long time.”

While students can access hotspots from their school in the area, the library offers them as well. According to Goldman, there are 20 total hotspots shared between the libraries and can be checked out for 28 days at a time. Goldman said that while the COVID-19 relief funds assisted in bridging the digital divide gap, libraries are still exploring other funds to offer additional resources such as broadband access and in-house library devices. A mobile library by Alamance County Libraries will also launch in September to reach areas where access to library services are low.

“We needed to change how we provide the service. The demand was more of coming to people, instead of people coming to us, especially when we start talking about our underserved communities,” Goldman said. “We’re able to meet the need now by going to places, by going to them.”

Elon Academy, an enrichment program offered at Elon University for ABSS high school students, also assists in making sure students are provided with the digital resources they need to succeed in their academics. According to Terry Tomasek, director of Elon Academy and associate professor of education, Elon Academy partners with Kramden Institute, a nonprofit that provides technology tools to bridge the digital divide, to make sure each student has access to a laptop.

“If you don’t have access to the internet or technology, then you are left behind,” Pickett said. “Right off the bat we are able to identify the families that need a computer... Our students end up not having the digital divide or something that is not a negative impact on them.”

While Alamance County faces issues of internet access and broadband, the efforts of making sure that those who need digital access are increasing, especially in ABSS, libraries and at Elon University. The steps to creating connections this school year start with making sure everyone has access to resources.

“We’ve known for a long time that there’s a gap between everybody who has easy access to things and people who don’t,” Goldman said. “Creating connections is one of our vision statements, that’s what we’re all about. We want people to come to us. Technology is an area that we can help in, within our capacity and funding. It is an area that we can meet. We’ve done that because we know the community needs it.”