Woods hopes to bring economic growth, inclusiveness, better sustainability and improved town-gown relations to Elon through his campaign for mayor this fall 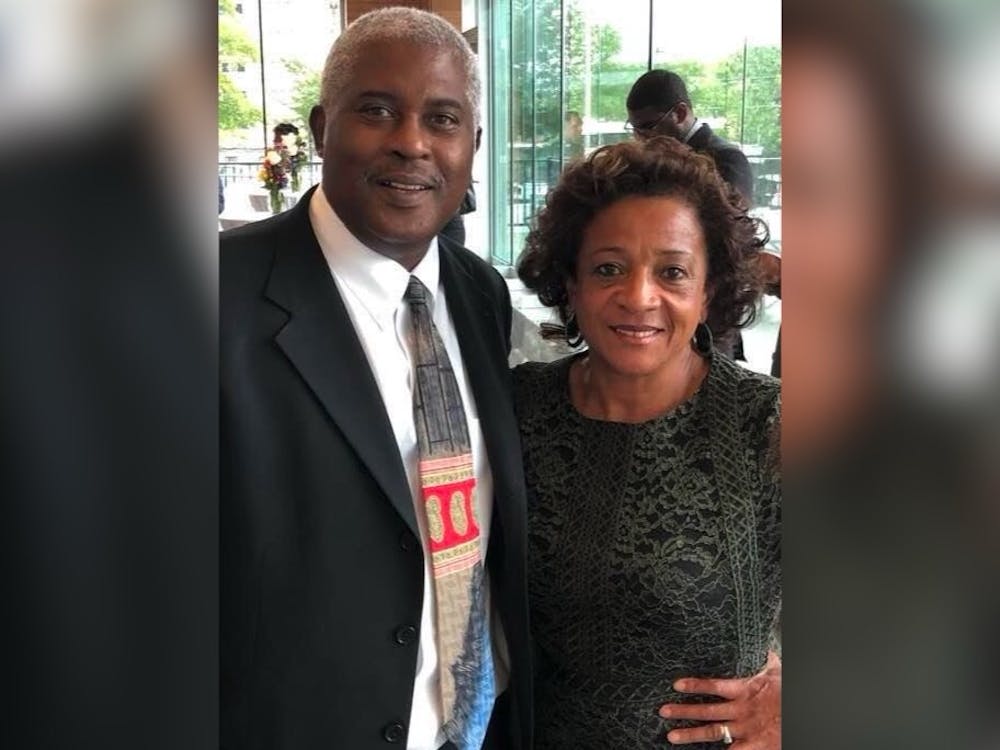 Michael Woods and his wife Patricia Woods stand together at an event. Michael Woods hopes to bring economic growth, inclusiveness, better sustainability and improved town-gown relations to the town of Elon during his campaign for mayor. Photo courtesy of Michael Woods Facebook page.

Michael Woods was pumping fuel into his car when he noticed a Pro-Trump caravan driving through Elon University yelling profanities at members of the community.

Woods, an Elon resident, said seeing the caravan driving through Elon inspired him to run for mayor of the town of Elon this fall. Woods hopes his campaign for mayor will encourage the community to confront concerns over inclusiveness.

Previous run for Board of Aldermen

When Woods previously ran for a seat on Elon’s Board of Aldermen in 2019, he met with community members who expressed their concerns about inclusiveness, pedestrian walkways, the Elon parks and recreation department and the town’s oversight of  property development.

“I’ve been involved in all of these issues and I think it’s time for them to be addressed,” Woods said.

Woods said one of the challenges facing the town of Elon is lack of economic development and believes making efforts to reduce Elon’s carbon footprint will help to bring more economic growth.

“I believe there should be greater transportation options for the students, the citizens. I believe we have an issue with our carbon footprint, emissions from cars,” Woods said.

Bringing in the new

Woods said seeing a Lime scooter program in Nashville, Tennessee inspired him to want to implement a similar program within the town of Elon in hopes of reducing the town’s carbon footprint.

“There was nothing but a lot of scooters. There was not a lot of traffic. Students can get around really well on Lime scooters,” Woods said.

Woods also envisions having improved relations between the town and the university, where he wants to see the town of Elon “embrace the university,” like he has seen in his hometown of Durham.

One of Woods’s proposals for facilitating better town-gown relations is to have tutoring seminars between the students of Elon and students at other schools who are experiencing educational struggles. He also wants to see an improved relationship between the town of Elon police department and students of the university.

“I have a vision for Elon that includes growth, inclusiveness, green carbon footprint and the community and university working together to make this a very prosperous, stable environment,” Woods said.

Woods is running against Emily Sharpe, a current Alderwoman, for the municipal office of mayor. Sharpe announced her campaign for mayor on June 30.