The video is to be released by June 25 by 2 p.m., according to petition documents 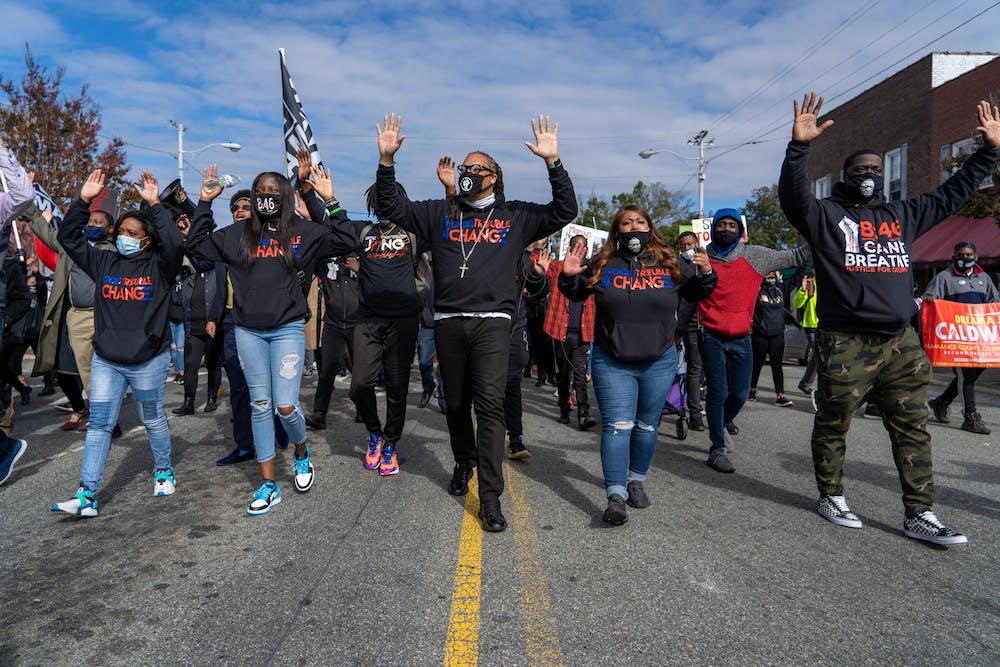 
As the marchers at the I Am Change March arrive at the Alamance County Courthouse, the marchers put up their hands signifying and chanting that they come in peace with no weapons on Oct. 31, 2020 in Graham, N.C.

Alamance County Superior Court Judge Andrew Hanford filed an order on June 15, giving Graham Police and the Alamance County Sheriff’s office until Friday, June 25 to release the video footage to the media outlets who petitioned the release, or appeal his decision. Among the media organizations are the Burlington Times-News, Carolina Public Press and Elon News Network, along with four other local publications.

According to Mike Tadych, the lawyer who is representing the media outlets, Graham Police Department has indicated that they will appeal the decision. Alamance County has not indicated any plans to appeal yet.

The march to encourage people to vote in the 2020 election began peacefully until law enforcement present asked the crowd of over 100 marchers, including children and Elon University students, to disperse and began using pepper spray to clear the area.

Previously, law enforcement argued that the videos should not be released due to ongoing criminal cases. However, Hanford said that the release of the footage would not interfere with an ongoing criminal or civil matter, according to Tadych.

The order to release the footage comes nearly six months after the petition was filed in December, and just before the court dates for two Elon students who were arrested in October.