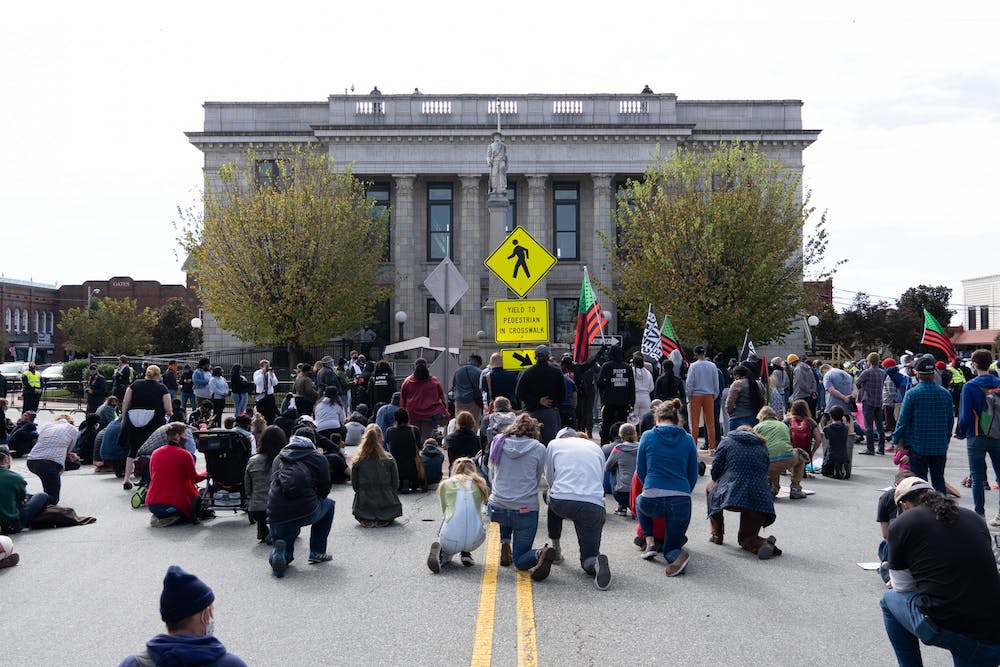 
Marchers at the I am Change March in Graham on Oct. 31, 2020, both stand and kneel for 8 minutes and 46 seconds in silence, the length of time that former police officer Derek Chauvin knelt on George Floyd’s neck and killed him.

Alamance County Superior Court Judge Andrew Hanford filed an order for all law enforcement video footage from October to be released by June 25 at 2 p.m. This includes all body camera, dash camera and other law enforcement surveillance footage taken during the march, which ended in marchers pepper sprayed and many arrested. Seven news outlets, including Elon News Network, petitioned for the release of the footage in December.

A hearing on the motion to stay will take place virtually on July 7 at 2 p.m.