No. 8 ranked Elon Phoenix is set to compete against no. 6 seed Drexel Dragons at 7 p.m. 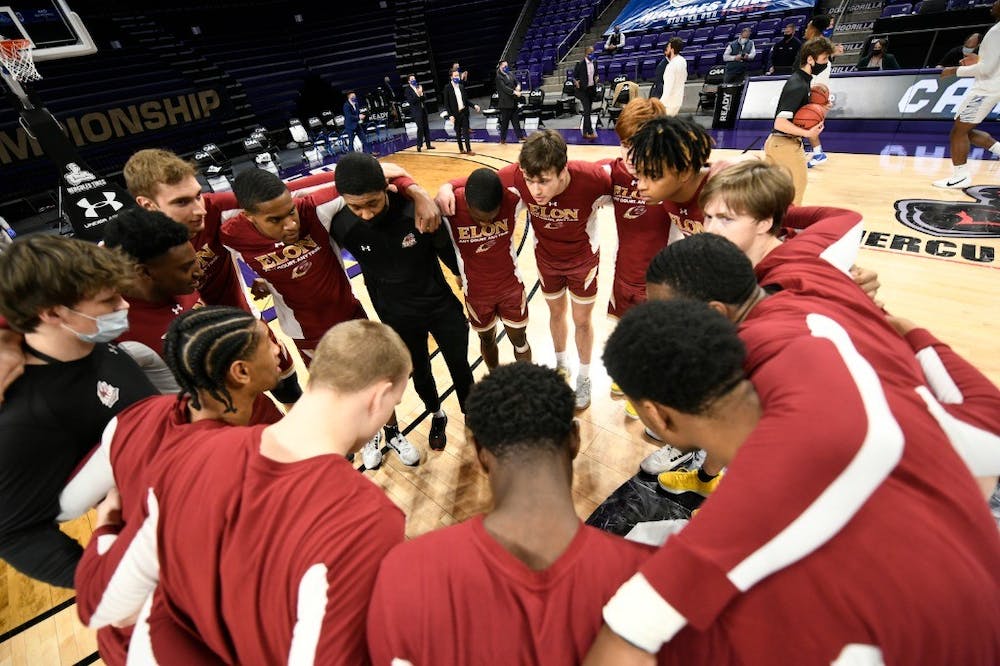 The Elon men's basketball team won 76-58 in its seventh straight game against Hofstra securing them a seat in the final. Photo courtesy of Rafael Suanes/CAA.

Elon men’s basketball faces off against Drexel tonight in the Colonial Athletic Association championship game. If the Phoenix win, they’ll head to the NCAA March Madness tournament for the first time in program history. The winning team will also be crowned CAA champions, which would be another first for Elon’s program. If they lose, their season will be over.

Not only is this the first championship appearance for the Elon program, but it is also the first time a no. 8-seed has made the CAA conference championship. The Phoenix had to cancel a total of 11 games this regular season, including contests against Towson University, Hofstra University and Drexel University.

Head coach Mike Schrage, who is in his second season with the Phoenix, said in a postgame conference after yesterday’s win that the team will not stop working hard.

“It’s a grind and the guys are embracing it,” he said. “We’ve certainly gotta keep doing so if we want to keep being successful.”

If Drexel wins tonight, they will be headed to the NCAA tournament for the fifth time. Their last appearance was in 1996.

How to watch the game

For those who live off-campus, the game can be viewed in HD on:

There will also be watch parties happening on the first floor of the Moseley Student Center and on Young Commons.