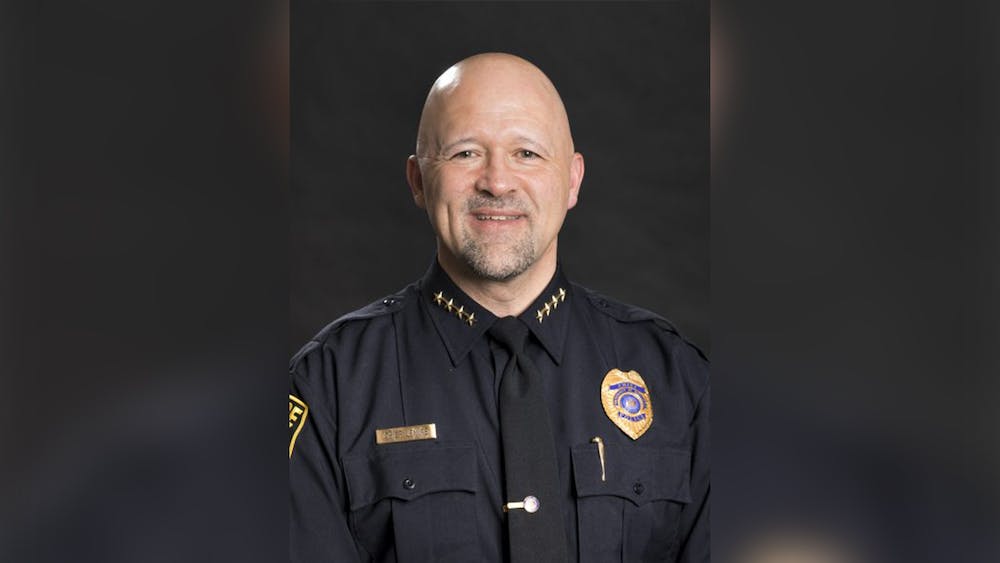 Joseph LeMire has been chosen as Elon University's next chief of campus safety and police. Photo courtesy of the University of Wisconsin-Milwaukee.

Joseph LeMire will serve as Elon University’s chief of campus safety and police starting March 29. The university chose the former University of Wisconsin-Milwaukee police chief after restarting the search process in the fall. The first search was conducted last spring, but was paused and ultimately stopped due to the coronavirus pandemic.

LeMire has spent 28 years in policing, starting his career in the Hannahville Indian Community in Wilson, Michigan. He then spent 13 years in the department of public safety in Escanaba, Michigan, where he served in multiple roles. Before going to the University of Wisconsin-Milwaukee, LeMire was lieutenant and then chief of the University of Wisconsin Oshkosh police department.

LeMire presented on-campus Feb. 1 as the final candidate in the search for Elon’s next chief of campus safety and police. He presented his background, leadership philosophy, vision for campus policing and the challenges and opportunities in campus policing to students, faculty and staff, as part of the fifth and final stage of the interview process.

“If you do a lot of law and rule enforcement and you don't engage in the community, then you build up this reputation of negativism that when an officer arrives, and only there for negative reasons, they are only there to do some kind of enforcement,” LeMire said during his presentation. “If all you do is community engagement, you don’t enforce the law, then you don't have a lot of accountability in your community.”

Elon students and staff members have previously said that they want LeMire to build relationships and engage with students on campus, particularly with Black students and students from marginalized communities.

"We're trying to prevent the large gatherings from happening in the first place," LeMire said during a press briefing, according to ABC News. "The message for students wanting to attend large parties is don't do it. That has to be the message."