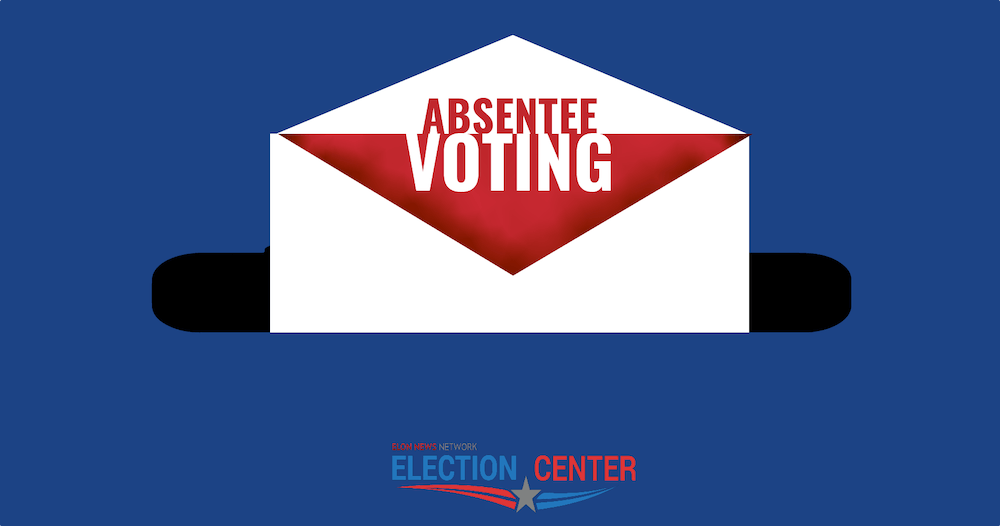 Although the coronavirus pandemic is still impacting daily life, one thing that remains the same as years prior: Election Day. The general election is on Nov. 3.

Despite the COVID-19 pandemic, election officials have considered many aspects of voting to ensure safe elections in 2020, according to Benjamin Ansbacher, chairman of the Alamance County Board of Elections.

“North Carolina is considered a swing state and it could affect the outcome of the election,” Ansbacher said. “The people feel very strongly on both sides.”

Not only will voters cast their ballots in the race for the White House, but many will also vote in races for governor, an open U.S. Senate seat and a number of local legislative seats.

According to the spring 2020 Registrar’s Report, 24.1% of the total enrollment at Elon University is from the state of North Carolina, meaning that the remainder of students come from out of state or another country.

Ansbacher spoke with Elon News Network and offered what he believes students need to know about absentee voting and mail-in ballots in North Carolina for Election Day 2020.

How do I register to vote?

“You can register online through the Department of Motor Vehicles and you can register [on] the [North Carolina State Board of Elections website],” Ansbacher said. “We also have early voting [where] you can register and vote on the same day. On Election Day, you have to be registered earlier.”

Ansbacher said that for students living in dormitories have to follow a special process for describing where they live on campus, rather than simply using their campus box address.

"The rule is it has to be where you actually live. We use that to decide what precinct you're in and what candidates you're allowed to vote for,” Ansbacher said.

What is the deadline for regular voter registration for the general election?

According to the NCSBE, the voter registration deadline for the general election is Oct. 9.

How do I request my absentee ballot by mail?

“Any voter registered in the state of North Carolina may request, receive and vote a mail-in absentee ballot” and no special circumstance is required, according to the NCSBE.

“You can go to [the Alamance County Board of Elections] website and there’s a form that you print out,” Ansbacher said. “Then you send it, mail-in the form or bring it by [the office] and [you will be] sent your absentee ballot.”

According to Ansbacher, the Alamance County board of elections is aware of who asks for absentee ballots and keeps a log of that information. He also said they know when the ballots come back in.

When can absentee ballots be requested?

According to the NCSBE, absentee ballots may be requested from the current date up until 5 p.m. on Oct. 27.

“You can go and apply at the office, you can also drop them off at the county office or at any voting site and at that time we log it in,” Ansbacher said. “We have this procedure where close relatives or guardians are the only people that are allowed to handle the absentee ballot as well as the voter.”

When should ballots be turned in?

“We’re all pretty sure that anything you do in September will get there in time," Ansbacher said. “They have to be postmarked Election Day or earlier and they have to arrive within three days after the election, except those coming from overseas, they have 10 days after.”

How do I go about getting an absentee ballot?

“You can go to our website or the state website and there is a form that you print out and then you send it and mail-in the form or bring it by, and they will send you your absentee ballot," Ansbacher said. "We know who’s asked for them, we keep a log and we know when they come back in.”

Do I need a witness for my absentee ballot?

“Yes. This is a change for this election, we only need one witness. In prior elections and maybe going into future elections, we’ll need two witnesses or one notirey," Ansbacher said. "But for this election, the legislature made it easier and said only witness. The witness has to put [their] address down in case they need to be contacted.”

According to Ansbacher, if too many ballots have the same witness, that could be a reason they would be discarded.

How can I send in my absentee ballot?

“You request it by mail, you’ll get it back by mail,” Ansbacher said. “Inside is a ballot and another envelope and some instructions. You fill out the ballot and put it in the envelope. You have to put the stamp on it.”

According to NCSBE, absentee ballots can also be returned in person at the county board of elections office or at an early voting polling site.

Can I vote in person if my ballot was mailed to me?

“Unless it has come back and been approved, you can vote in person,” Ansbacher said. “We do have a way to find your mail-in ballot and take it out if we find out someone has voted twice. In early voting, we have a computer that keeps track of [who] voted.”

According to Ansbacher, if you have already voted and you try to vote in person, “we already know that because we have a computer that tells us your record and whether we posted that you voted.”

Does North Carolina immediately start counting ballots when they receive them or do they start the count on election night?

Alamance County has a three-step process for counting ballots.

“When the ballots come in, they are reviewed by staff,” Ansbacher said. “We look very carefully at the witness, [who] has to put [their] address down and we look to see if all the information is filled out. If there is a problem, and there is time, we contact the person and tell them and suggest how they can cure it.”

Ansbacher said that the board has to review every ballot and that they dispute those deemed questionable. According to Ansbacher, the review is based solely on what is on the envelope and that the board will not know how the individual voted.

Ansbacher believes the machine keeps “a building total which it does not disclose and then on Election Day, just before the polls close, we can read out that total and publish it, along with the totals we get from those same day voting from the precincts.”

Why is there so much concern about mailing in ballots and the postal service this year?

According to Ansbacher, the envelopes are unique and that they stand out amongst other mail.

“I’m sure that the post offices around here will [ensure] the mail goes out as fast as it can,” Ansbacher said.

How has the Alamance County Board of Elections eased the nerves that come with voting amid a pandemic?

According to Ansbacher, every voting site in North Carolina will offer curbside voting for those incapacitated by reason of age or disability.