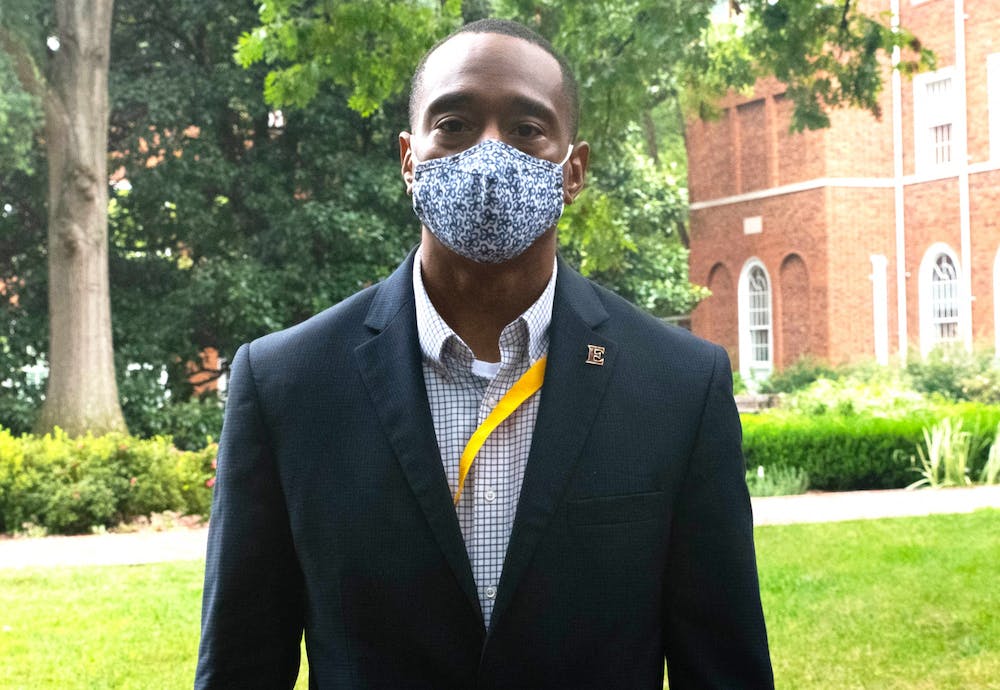 Randy Williams has a vision of what an inclusive, diverse and equitable campus would like at Elon University. A vision where these ideas would be “infused throughout” the campus community.

“It wouldn't just be a program; it would be endemic of how we operate at Elon,” Williams said. “It is just who we are. It is in our DNA to think about minoritized voices, to think about different perspectives to introduce and to have as part of excellent education, inclusive education.”

Williams recognizes that inclusive spaces need to exist outside identity centers like El Centro and the Center for Race, Ethnicity and Diversity Education.

“Elon occupies over 3.1 million square footage of space. And if our marginalized students can find comfort, a sense of home, a sense of connection, in only spaces in our identity centers … we have a lot of work to do,” Williams said. “We should have students feel a greater sense of inclusion and acceptance and more of that 3.1 million square foot of space, in the classroom, on the sidewalks and the dining halls and so many places on campus.”

While he was associate vice president for inclusive excellence, Williams worked closely with Director for the Center for Equity and Inclusive Excellence Leigh-Anne Royster and Matthew Antonio Bosch, who serves as the dean of student inclusive excellence. With Williams as supervisor, the three colleagues worked to support equity, diversity and inclusion across campus. Royster works primarily with staff and faculty, while Bosch’s work focuses on students.

Bosch, who has worked with Williams since he first came to Elon, said the two have served together on multiple university-wide committees dedicated to inclusivity on campus and overall student experience. While Williams does have a new position, Bosch said the way the two work together has not changed, and they will continue to work together on initiatives in the future, such as the president’s advisory council for inclusive excellence.

“Dr. Williams is very collaborative, easy to work with, and has a great balance of being student-centered while examining institutional structures [and] systems,” Bosch said.

As Williams settles into his new role as vice president and associate provost of inclusive excellence, he said he understands he is coming into the position in the context of what is happening nationally, and “all of the attention” on racial justice work in the United States.

“I’ve never seen this level of readiness, at such a widespread level,” Williams said. “The critical mass of people who are ready to engage and to speak about this type of work has been impressive, and I just think that we want to leverage this opportunity.”

When looking at the outcomes of minoritized students at Elon, Williams said Elon does “quite well” comparatively to other universities in areas such as retention rates, graduation rates and post graduation placement in jobs or graduate education. However when looking at how minority students feel on campus, such as with their experiences with oppression and prejudice, as well as finding a sense of belonging, there are marked differences between students with dominant identities and students with minoritized identities.

In 2015 led by then-President Leo Lambert, Elon’s Presidential Task Force on Black Student, Faculty, and Staff Experience conducted a survey as part of a report on the climate on-campus.

“People don't live comparatively, they live here on Elon's campus,” Williams said. “That's the frame of reference in which we should be measuring ourselves. Not against what's happening at x institution, but what's happening here on campus.”

One of Williams’ first initiatives in his new role are the ten first diversity, equity and inclusion action items. These items were in addition to the first five announced by Book, and include items related to curriculum, the bias report system and faculty, staff and student diversity.

“We take a systemic approach to a lot of things in our society… the systemic issues of oppression, whether it be, racism, homophobia, xenophobia, religious minority oppression, all various levels of oppression,” Williams said. “To counter that we have to think as such, in a systemic structural type of coordinated fashion.”

Williams said while there are other oppressions to consider to make Elon a “truly inclusive campus” for all, the action items focus on race as it is intersectional across many identities.