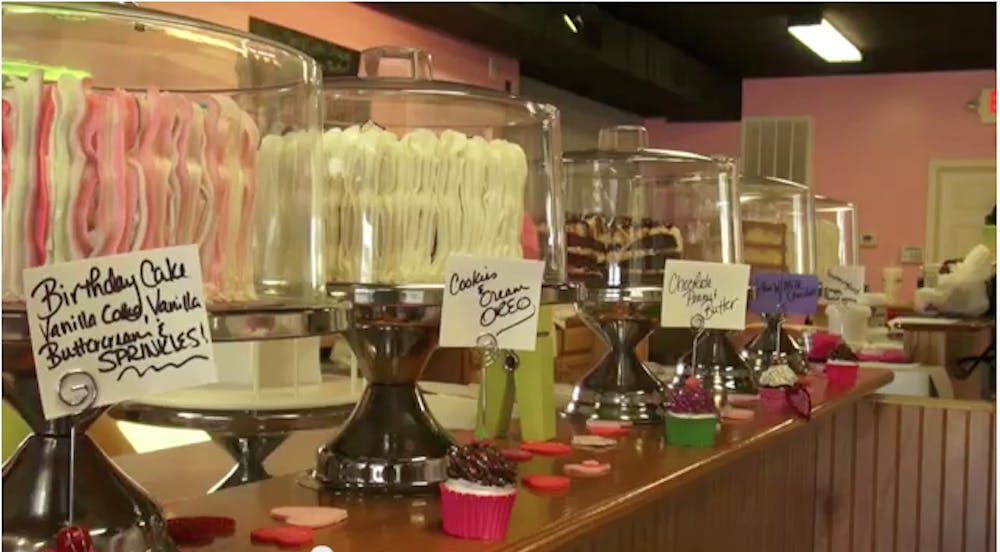 What she said began as a "fluke," turned into a local shoppe in Burlington for April Murray who opened Main Street Cake Shoppe on South Church Street seven weeks ago.

"We started really just giving them out saying, 'Hey, have a red velvet cupcake.' And then people were like, 'Oh! We want to order those.' So it went from there."

Local business isn't new to Murray. She has been baking cakes in her family's Gibsonville pizza shop for the past 5 years.

"It's kinda in your blood," Murray said. "My parents were entrepreneurs. They owned the pizza shop. It was something my husband and I have picked up and carried on with and now it's progressed into this."

Murray makes cakes, cupcakes, mini-cupcakes, cake pops and more. Once created at Main Street Cake Shoppe, customers can use the shops drive-thru window to pick up any tasty treat.

"What could be better than to check on Facebook and see they have orange creamsicle cupcakes," Murray said, "then think, 'I'm going to run on over through the drive-thru. I can pull right up, ring the bell and a nice, friendly person will bring it right to me.' How much better could that be?"

Murray said, in addition to a cool store, there's one key ingredient she adds to all of her cakes.

"When you put your whole heart and soul into something," Murray said, "you can taste there's definitely a difference in that [product] than what you get at the big box stores."

And Murray said it's the happiness created for her and customers that make the transition to her new business worth it.

"It was scary," Murray said, "because pizza was what we knew. This was new, this was foreign. But it was a challenge."

A challenge that Murray will mix through one cake at a time.