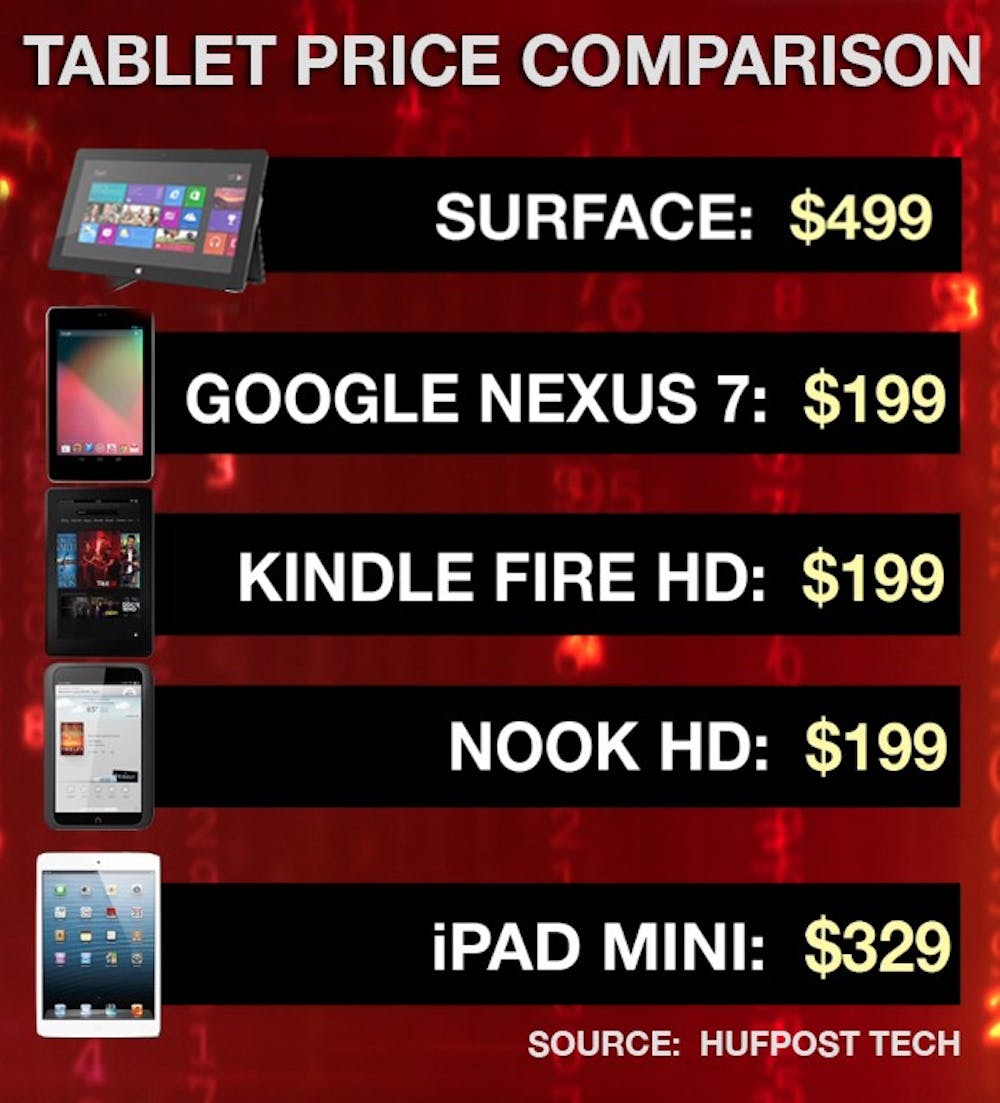 Technology giants, yet again, are hoping to get their new products introduced this week into the hands of college students.

"If you don't have technology in your life," said Mariah Czap, Senior Elite Team Leader of Student Support and Operations, "you're going to be left behind. You have to integrate it now because we have so much of it or you'll just be left in the dust."

What may be the most radical product introduced this week comes from Microsoft. Microsoft's Windows 8 replaces their three-decade old PC operating system, getting rid of that infamous "start button." Windows 8 wants to act more like a dashboard of what's happening in your life.

But most of the attention this week was focused on something smaller.

Apple released it's latest gadget: the iPad mini. It is one-third smaller than the original iPad and will try to compete with smaller tablets like Amazon's Kindle.

"We've gone from iPod Touch to iPad mini," Czap said. "It seems like the tablets fall in every dimension in between."

Price alone may drive some students to either buy or fly from purchasing a new gadget.

The Google Nexus 7, the Kindle Fire HD and the Barnes&Noble Nook HD are all tablets just under $200. But Apple's iPad mini costs $329.

Microsoft also got into the competition this week by launching its own tablet, called Surface. It is priced the highest at $499.

More competitors are expected to get into this tablet space, which is going to mean more choices for consumers.

"Our generation has that fascination with aesthetic," Czap said, "and we want the new thing and the thing that looks the nicest."

It may take some time before these new products hit the campus. For computers and software like Windows 8 at Elon, Campus Technology says it takes about a year after a new product is released for them to consider whether or not to upgrade to that system.

But it's never too early for students to start their tech wish lists.