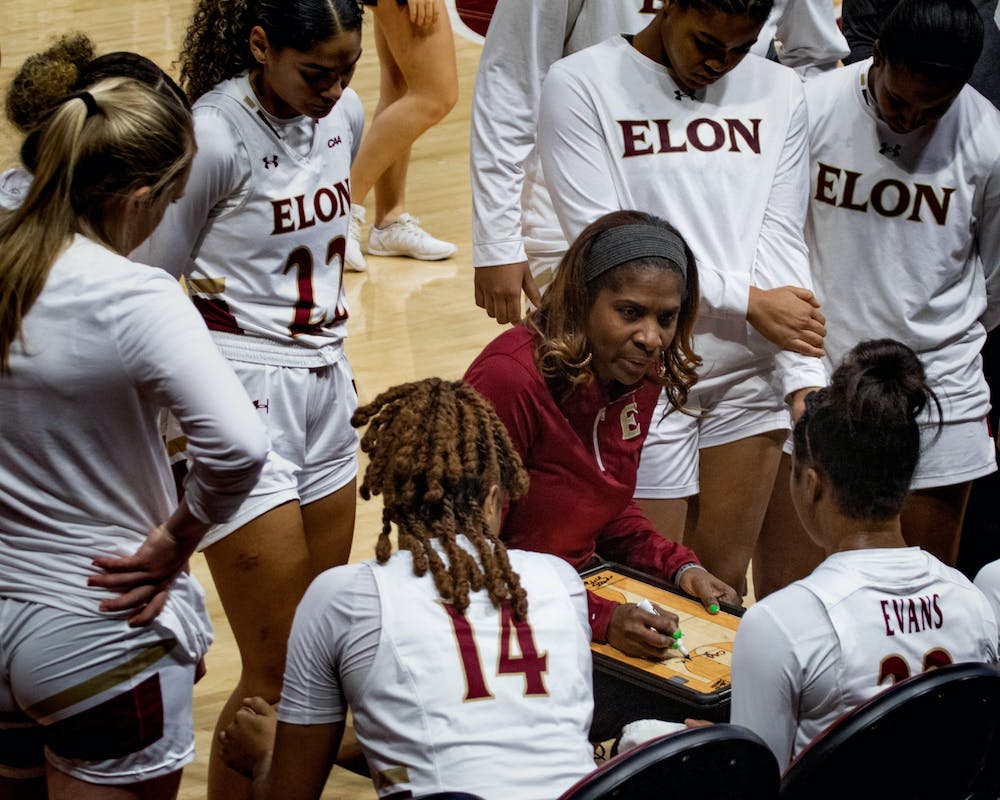 Schar Center was packed with princesses for Princess Day on Sunday, as the Elon University’s women’s basketball team hosted Stony Brook University. With many fans dressed as their favorite Disney princess, and an added magic in the air, the Phoenix nearly capped off an improbable 18-point comeback. However, Elon ultimately fell 70-56 to the Seawolves.

Head coach Charlotte Smith said the energy during the game was a big reason the Phoenix were able to mount a comeback.

Senior forward Maya Johnson said the team harvests the energy from the crowd and is able to use it to their advantage.

“It feels really good. It gives us energy and we feed off it,” Johnson said. “We need that energy from the start of the jump ball to the final buzzer.”

The Phoenix found itself down by 17 at the end of the first quarter and 18 points at the half. Smith said the Phoenix harped on confidence in the locker room.

“We talked about confidence and shooting open shots. I felt like we passed up a lot of open shots in the first half,” Smith said.

Smith’s advice proved to pave the way for the Phoenix, as it shot 9-16 from the floor in the third quarter. In fact, Elon was able to cut the Seawolves lead to just one early in the fourth quarter. Johnson said the team stayed poised even when the game seemingly got away from them early.

“We fought really hard in the third quarter and that shows the greatness in our team,” Johnson said. “If we continue to do that we are going to be a force to reckon with for sure.”

Johnson finished the contest with a season-high six points to pair with five rebounds, and was able to kick start the run for the Phoenix midway through the second quarter with a basket and a block of her own. Johnson said after the game she just let her instincts take over.

“It was all just reactions,” Johnson said.

In the end the Phoenix fell short of snapping its 12-game skid but not before it was able to erase the halftime deficit in the early fourth quarter. Smith said once the team can click on all cylinders from start to finish, they could be a team no one wants to run into.

“I’m proud of the fight of this team. We could have easily caved in but we fought for 40 minutes and that was a tremendous comeback,” Smith said. “If we can string that together for 40 minutes, we will be a dangerous team.”

Elon travels up north to the University of Delaware on Friday, Jan. 27 for a Colonial Athletic Association matchup with the Blue Hens.