Steve Carter and Craig Turner were reelected, chair and vice chair nominated by board in November 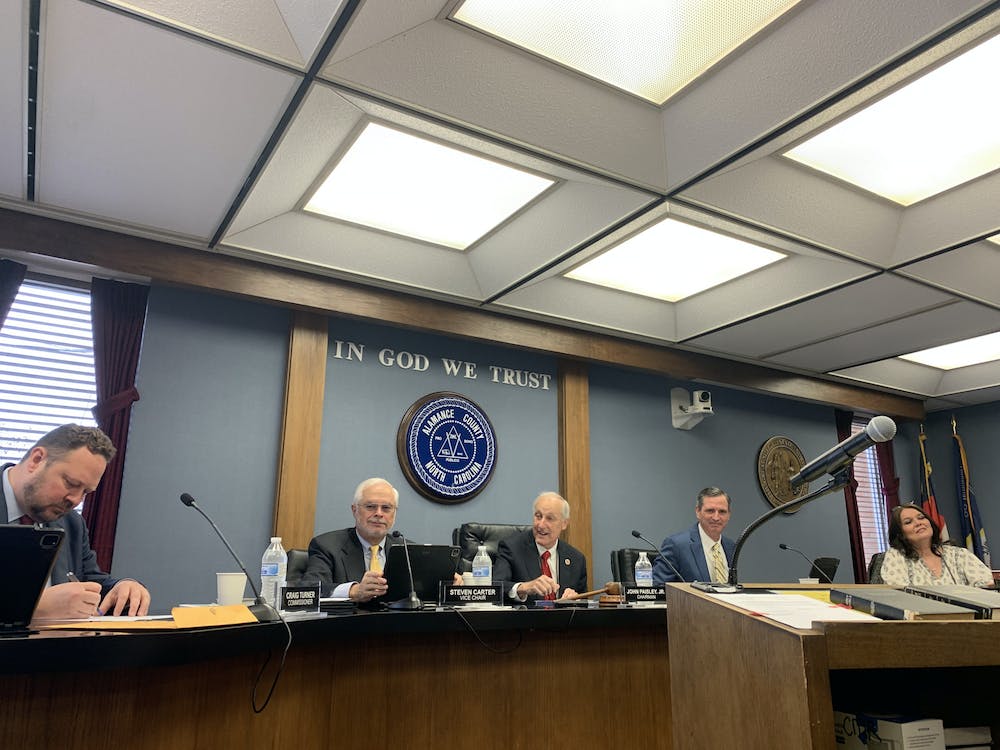 Commissioners Steve Carter and Craig Turner were sworn in during the Dec. 5 Alamance County Commissioners board meeting after being reelected during the midterm elections.

Donna Vanhook, one of the newly elected soil and water conservation district supervisors, was also sworn in. This is the first time she will hold this position.

Before Carter and Turner were sworn in, Paisley, the chairman of the board, introduced the meeting.

“At this point, we have the honor of swearing in two commissioners,” Paisley said. “They have been commissioners and continue to be, thank goodness, and you folks elected them and they will be sworn in again for another four-year term.”