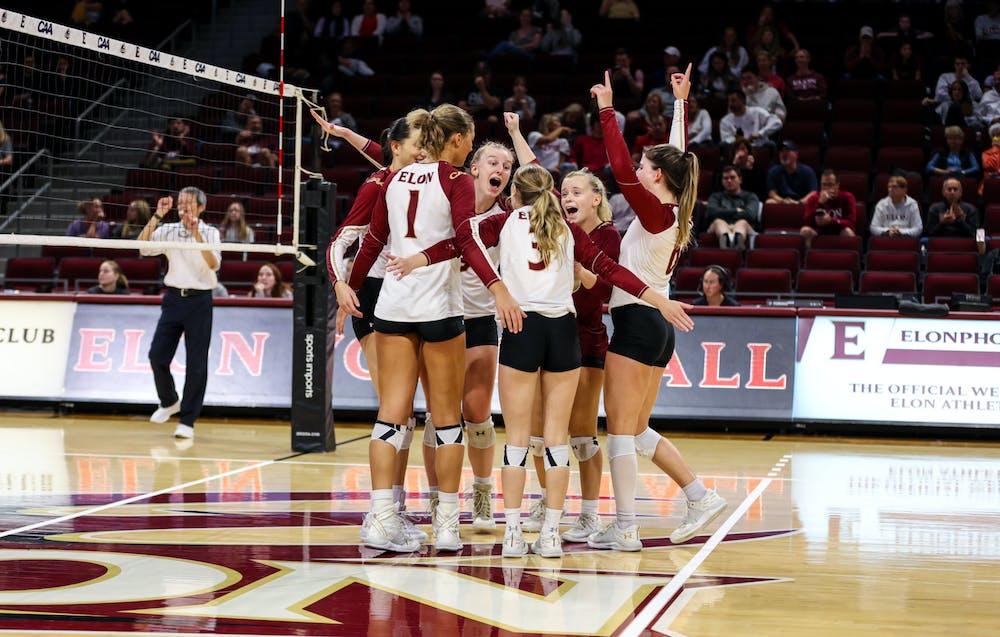 Senior outside hitter Leah Daniel was named to the All-CAA first team, something she has achieved for four straight seasons. On the year, she totaled 364 kills, first on her team and third in the CAA. She also totaled 21 kills in three separate matches this season alone, which occurred Aug. 27 at Virginia Commonwealth University, Nov. 6 at UNC Wilmington and Nov. 13 against Stony Brook.

Daniel holds the Elon record for all-time kills, which was achieved Oct. 15 in the Phoenix’s 3-2 victory over Towson.

Senior setter Haylie Clark was named to the All-CAA second team. After being named the CAA setter of the year in 2021, Clark did not disappoint in 2022. She totaled 864 assists on the season, with a season-record 51 on Sept. 25 against William & Mary.

On top of the two seniors, freshman outside hitter Clara LaRue was named to the All-CAA rookie team. LaRue totaled 109 kills this season, with her career high of 15 achieved Sept. 25 against William & Mary.

The Phoenix ended the season with an overall record of 13-13 and a conference record of 10-6.

The team will be traveling to Towson, Maryland, for the Colonial Athletic Association championship tournament. As the No. 5 seed, it will face Northeastern at 1:30 p.m on Nov. 17 in the quarterfinals.