Elon University football returns to top 25 after win over Delaware

Phoenix ranked No. 19, will face Albany in final home game on Nov. 5 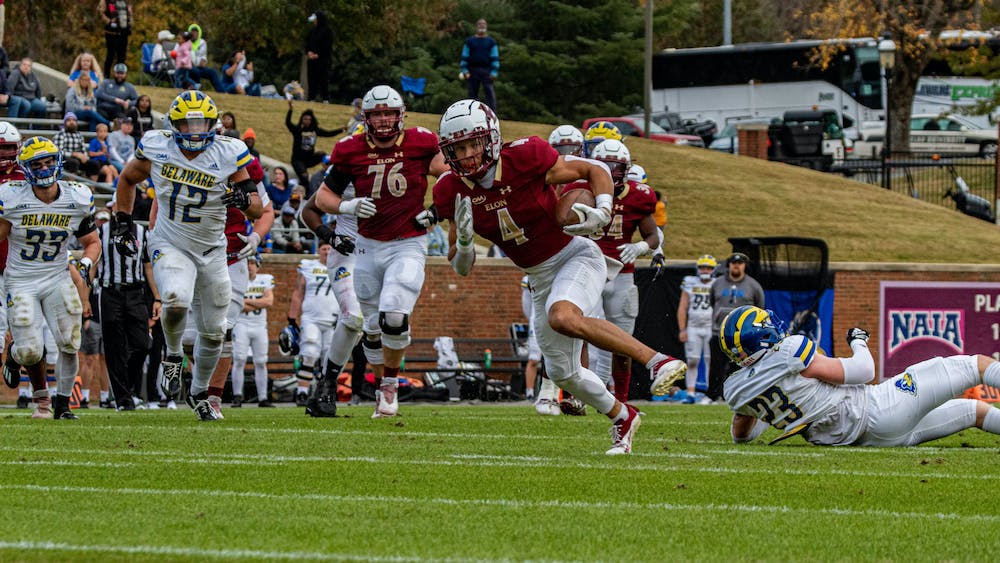 Photo by Joseph Navin | Elon News Network
Redshirt sophomore and Elon wide receiver Chandler Brayboy (4) runs with the football to score a touchdown during the home game at Elon's Rhodes Stadium against the University of Delaware on Oct. 29. Elon won 27-7.

After a dominant victory against Delaware on Oct. 29, the Elon University football team returned to the Stats Perform FCS Top 25 poll, as the Phoenix is ranked No. 19.

Elon defeated Delaware, ranked No. 11 in last week’s poll, 27-7 after shutting out the Blue Hens on their last seven drives. The Phoenix is now 4-0 in home games this season, which includes two victories over ranked opponents.

Elon was previously ranked for four consecutive weeks before falling out of the poll last week after back-to-back losses against Rhode Island and New Hampshire. Elon has beaten three teams it ranks below in this week’s poll – No. 8 William & Mary, No. 14 Richmond and No. 18 Delaware.

The Phoenix continues its FCS playoffs push on Nov. 5 when it faces unranked Albany at Rhodes Stadium.