Stroud is a Republican and one of two in the race vying for votes in Alamance County’s general elections on Nov. 8 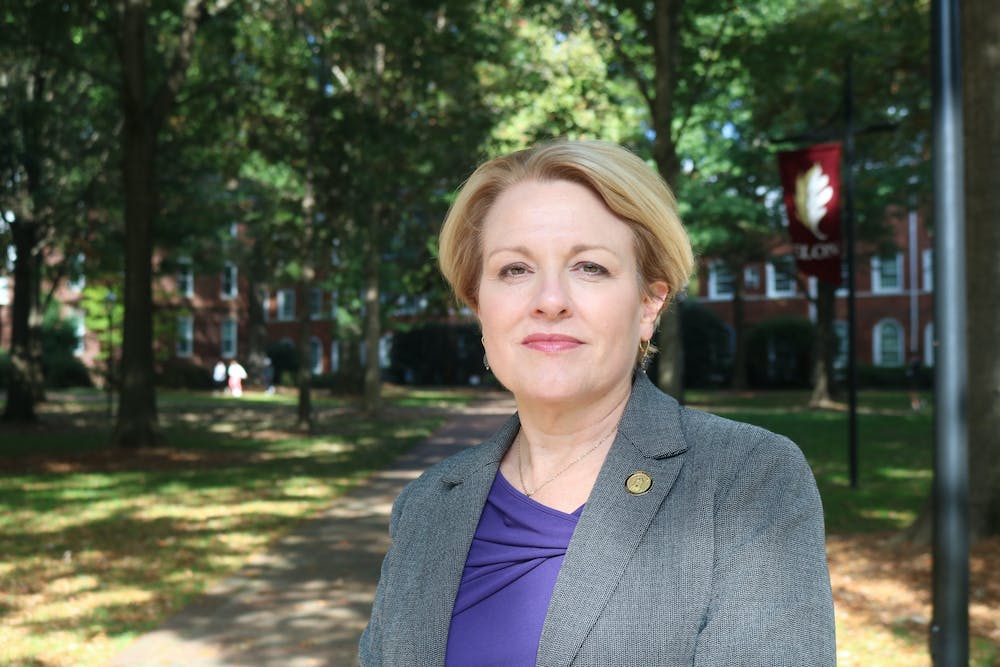 After 16 years of serving on the North Carolina Court of Appeals, the incumbent in this race Chief Judge Donna Stroud is not ready to give up the gavel just yet.

Stroud grew up in Kinston, North Carolina, with no connections to lawyers in her family or her town – yet she said she decided in the third grade that she would become a lawyer because she observed one of her father’s favorite hobbies.

“My father worked at DuPont, and when he was off during the day and working at night, he liked to watch court and hang out downtown at the courthouse and talk to the attorneys,” Stroud said. “He really enjoyed that sort of thing, and I must have heard him talking about that.”

Once she exited Campbell School of Law, she practiced at the private general firms, tackling cases such as real estate, civil litigation and workers compensation in various North Carolina counties. But Stroud said as time went on, she gravitated towards family law cases and, to this day, tries to focus on those particular cases.

Stroud stayed in private practice from 1988 to 2004 with no intention of becoming a judge, but ultimately decided to run for Wake County District Court in 2004. Just two years later, she was elected to the North Carolina Court of Appeals, where she would be appointed as Chief Judge in 2021. She is running for reelection for that position.

As the first conservative chief judge in North Carolina, Stroud’s thousands of opinions have “demonstrated her pro-people, pro-law and order, and pro-constitution convictions,” according to Stroud’s campaign website.

Stroud has tackled many diverse cases during her time on the Court of Appeals, and she said she believes this makes her a better judge. She also emphasized the fact that she doesn’t think one of these cases is important over another.

“I've written about 1,300 opinions since I've been on the board, and I've participated in three times that many,” Stroud said. “Every case is the most important case to the people involved in the case.”

Stroud said she is careful not to share too many of her personal beliefs in relation to her judiciary practices because certain issues might come before the court, and she doesn’t want people to think she is biased.

“You have to judge each case as it is brought to you,” Stroud said.

Stroud wants to interpret the law fairly and as cases come to her. She said judges can’t seek out the issues — instead, they resolve disputes between two or more parties under the law.

“Our races are different from legislative races. We don't have policy goals or anything like that,” Stroud said. “My goal as a judge is always to consider each case fully and fairly, to write opinions that explain the law thoroughly to come to the correct result under the law. I've been doing that for almost 16 years and hope to continue doing that.”