Tucker Hipps died at Clemson in 2014, his mother tells his story 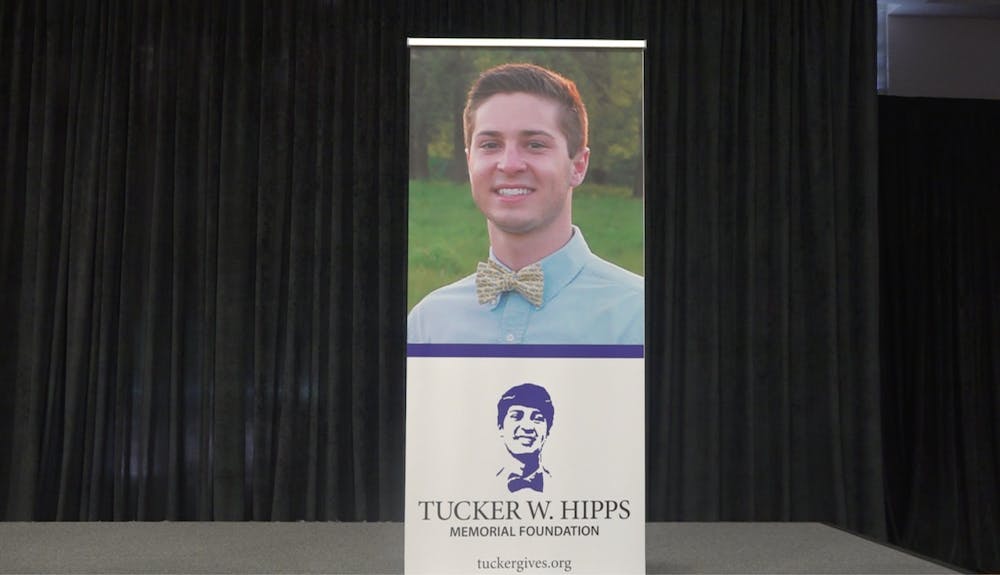 Sept. 19 to 23 is National Hazing Prevention Week. To acknowledge this, an anti-hazing speaker, Cindy Hipps, addressed greek life, club athletes and a cappella singers last night, Sept. 19, about the dangers of hazing.

Greek fraternities and sororities were required to have at least 75% of chapter members present.

Hipps shared her personal connection to hazing, as she lost her son Tucker to a suspected hazing incident at Clemson University in 2014. Cindy now said she hopes her visit will encourage students to look out for one another.

Tucker was pledging the Beta chapter of the Sigma Phi Epsilon fraternity when he was instructed to go on an early morning run with the other members of his pledge class. 30 men started the run. Only 29 came back.

In her presentation, Cindy played the 911 call made by one of Tucker’s friends asking where he was. This was followed by her personal account of what happened that day eight years ago. Then, she shared statistics about hazing and tips on how to stop dangerous traditions.

Elon University’s chapters of Sigma Phi Epsilon and Kappa Alpha Order fraternities and Phi Mu sorority have been disciplined by the university for hazing over the last four years.

The National Council of the Pi Kappa Phi fraternity revoked the associate chapter status of the fraternity on Elon’s campus March 2020. In September 2019, Kappa Sigma International revoked its Elon chapter.