The arts organization held an event Aug. 11 with speakers, refreshments during the statue’s final days on display 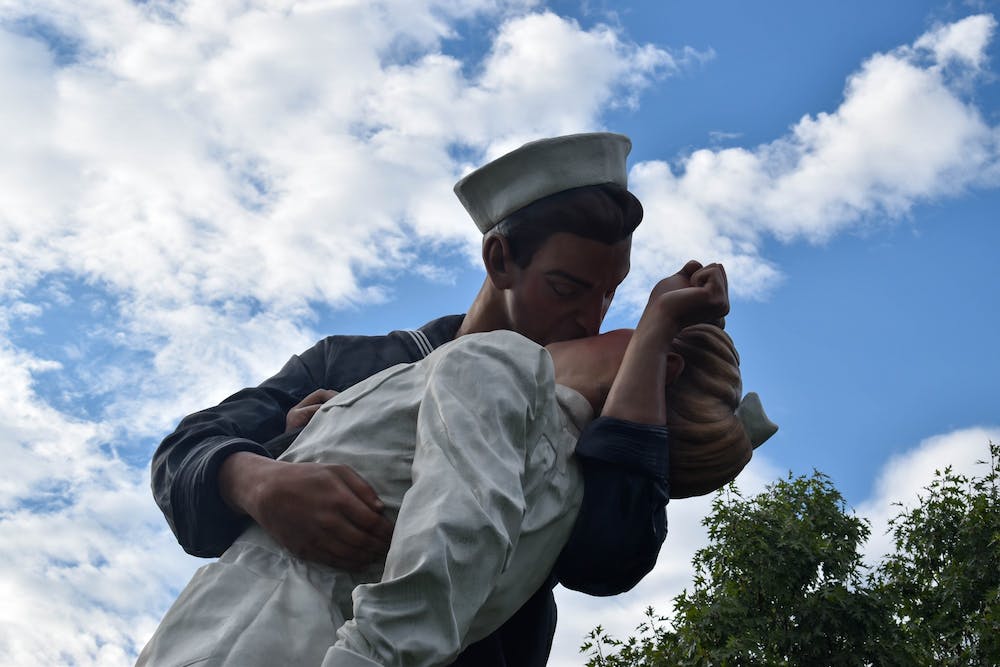 
Alamance Arts hosted a going away party for "Embracing Peace" Aug. 11. The statue will be dismantled Aug. 15 and 16.

“Embracing Peace” came to Graham in October 2019 and originally was slated to be on display for six months. However due to COVID-19, the contract was extended and the statue stayed for three years. “Embracing Peace” will be dismantled Aug. 15 and 16 and soon will be on display at a new location; the next piece at Alamance Arts has not yet been decided.

Barnes said the accessibility of the art is what means the most to her.

“Every person in this community had access to art that was on a national level,” Barnes said. “It's free to the public. Anybody can take advantage of it if they just take the initiative to come and walk through these doors.”

Hilda Wooten, wife of the late Wiley Wooten, said the statue means more than she can explain. She said Wiley had lived in Alamance County his whole life and wanted to give back.

“My husband is from Graham,” Hilda said. “He loved Graham. He loved Alamance County, he loved the Arts Council. So, that's why he wanted to bring this, and the Wooten Foundation, that's how it started in 2003.”

Hilda said the first time she saw the statue was an emotional experience for her, and that it means so much to her that it was able to stay in Alamance County for so long.

“I bawled, I cried,” Hilda said. “I think it was January and he had passed in December. For me, it was like, I don't know. It's hard to explain it, put it in words. But I'm so proud. I'm so proud.”

Ruby Manning, a volunteer at Alamance Arts, said she loves the statue. As an artist, she said she is able to appreciate the statue and said “Embracing Peace” has been particularly meaningful to veterans.

“Especially for the older veterans to come, it’s been amazing,” Manning said. “They have tears in their eyes. They have memories of the war and what it meant to them. And when the war ended, the men and the women remember the day that it ended and they remember this picture.”

The organization does not currently have another exhibit to take the place of Embracing Peace. According to Executive Director at Alamance Arts Tammy Cobb, Alamance Arts is looking for community input on what to display next.

“As things are decided we'll have more committees and task forces to narrow and talk about what we can do for the community,” Cobb said.