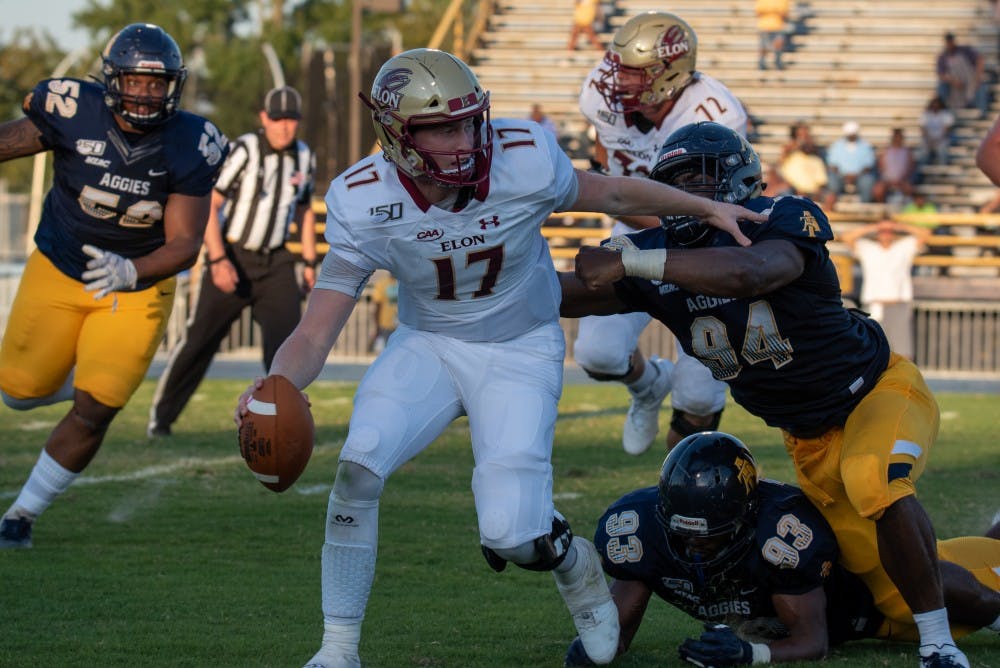 Just two weeks before the beginning of the team’s training camp, the Carolina Panthers have waived former Elon University quarterback Davis Cheek. The move comes six days after the Panthers acquired quarterback Baker Mayfield, the first overall pick in the 2018 NFL Draft, from the Cleveland Browns via trade.

Cheek, who signed with Carolina as an undrafted free agent in April, was the fourth string quarterback for the Panthers prior to the Mayfield acquisition, behind Sam Darnold, P.J. Walker and rookie third round pick Matt Corral.

Cheek will enter the waiver wire and the NFL’s 31 other teams will have the opportunity to claim him for the same contract conditions he had with the Panthers. However, if no team acquires him from the waiver wire before July 13, he will become a free agent and will be free to negotiate a new contract with NFL teams.